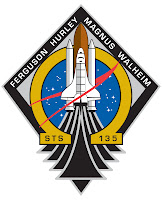 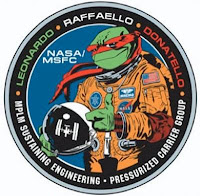 STS-135 Flight Day 4 is drawing to a close as the crews of the International Space Station and Atlantis prepare for bed at 6:29 p.m. EDT and 6:59 p.m., respectively. 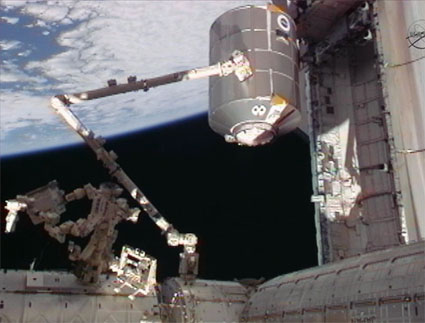 They attached the Raffaello multi-purpose logistics module to the Earth-facing port of the station’s Harmony node at 6:45 a.m., opened the hatch at 12:10 p.m. and began offloading 9,403 pounds of spare parts, equipment and supplies. They also prepared for the mission’s only spacewalk, which will be conducted by station crew members Mike Fossum and Ron Garan beginning at 8:44 a.m. EDT Tuesday.

Mission coverage, including the latest NASA Television schedule, is available on the main space shuttle website at: http://www.nasa.gov/shuttle