NASA - Global-scale Observations of the Limb and Disk (GOLD) logo. 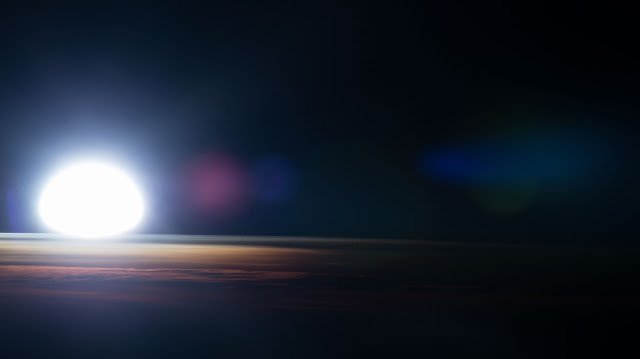 On Jan. 25, 2018, NASA’s Global-scale Observations of the Limb and Disk (GOLD) instrument was launched. GOLD is designed to track big events in the lower atmosphere, such as hurricanes or tsunamis, that create waves that can travel all the way up to this interface to space, changing wind patterns and causing disruptions. From the space side, flurries of energized particles and solar storms carry electric and magnetic fields and have the potential to disrupt Earth’s space environment. This combination of factors makes it difficult to predict changes in the ionosphere.

GOLD is novel in two ways: it marks the first time that a NASA science mission is flying an instrument as a commercially hosted payload, and it is the first time scientists will monitor the daily and hourly weather of the uppermost parts of Earth’s atmosphere where it meets the edge of space.

Roughly the size of a mini fridge, the 80-pound GOLD instrument is an imaging spectrograph that breaks light down into its component wavelengths and measures their intensities. Specifically, it measures far ultraviolet light, creating full-disk ultraviolet images of Earth from its geostationary vantage point above the Western Hemisphere. 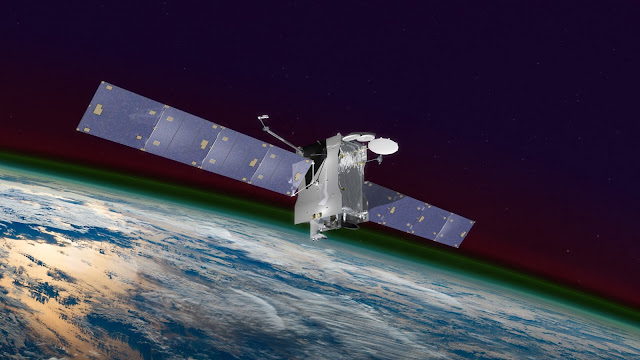 Global-scale Observations of the Limb and Disk (GOLD) satellite

GOLD will collect observations with a 30-minute cadence, much higher than any mission that has come before it. From these images, scientists can determine the temperature and relative amounts of different particles—such as atomic oxygen and molecular nitrogen—present in the neutral atmosphere, which is useful for determining how these neutral gases shape ionospheric conditions. These data will provide the first maps of the upper atmosphere’s changing temperature and composition all over the Americas.

This image of Earth was taken by the International Space Station crew in December 2017 and has been cropped and enhanced to improve contrast, and lens artifacts have been removed.