ESA’s Planck mission has revealed that our Galaxy contains previously undiscovered islands of cold gas and a mysterious haze of microwaves. These results give scientists new treasure to mine and take them closer to revealing the blueprint of cosmic structure. 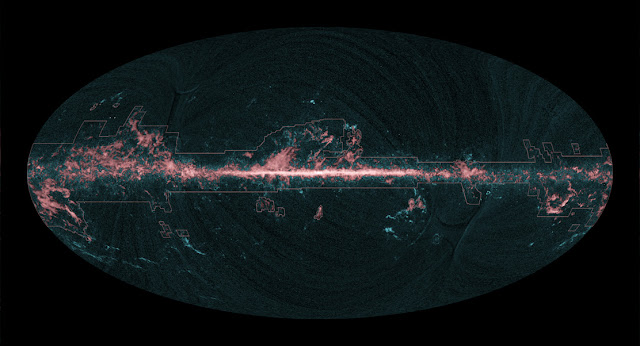 All-sky image of molecular gas seen by Planck and previous surveys
The new results are being presented this week at an international conference in Bologna, Italy, where astronomers from around the world are discussing the mission’s intermediate results.

These results include the first map of carbon monoxide to cover the entire sky. Carbon monoxide is a constituent of the cold clouds that populate the Milky Way and other galaxies. Predominantly made of hydrogen molecules, these clouds provide the reservoirs from which stars are born.
However, hydrogen molecules are difficult to detect because they do not readily emit radiation. Carbon monoxide forms under similar conditions and, even though it is much rarer, it emits light more readily and therefore is more easily detectable. So, astronomers use it to trace the clouds of hydrogen. 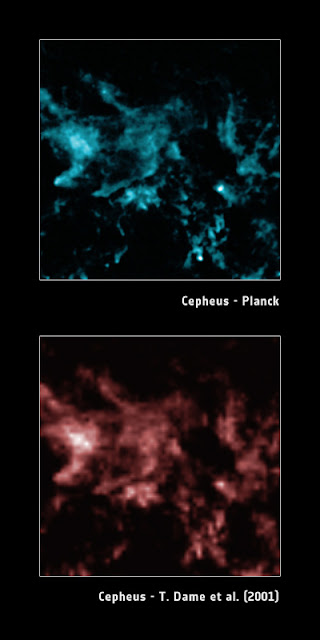 Molecular clouds in the Cepheus region
“Planck turns out to be an excellent detector of carbon monoxide across the entire sky,” says Planck collaborator Jonathan Aumont from the Institut d’Astrophysique Spatiale, Universite Paris XI, Orsay, France.

Surveys of carbon monoxide undertaken with radio telescopes on the ground are extremely time consuming, hence they are limited to portions of the sky where molecular clouds are already known or expected to exist.

“The great advantage of Planck is that it scans the whole sky, allowing us to detect concentrations of molecular gas where we didn’t expect to find them,” says Dr Aumont.

It comes from the region surrounding the galactic centre and looks like a form of energy called synchrotron emission. This is produced when electrons pass through magnetic fields after having been accelerated by supernova explosions.

The galactic haze shows what astronomers call a ‘harder’ spectrum: its emission does not decline as rapidly with increasing energies. 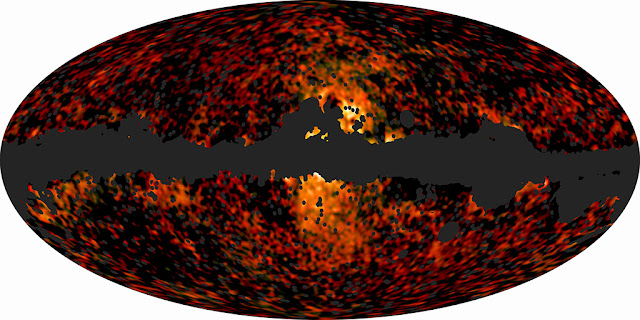 The mysterious Galactic Haze seen by Planck
Several explanations have been proposed for this unusual behaviour, including higher supernova rates, galactic winds and even the annihilation of dark-matter particles.

So far, none of them has been confirmed and it remains puzzling.

“The results achieved thus far by Planck on the galactic haze and on the carbon monoxide distribution provide us with a fresh view on some interesting processes taking place in our Galaxy,” says Jan Tauber, ESA’s Project Scientist for Planck.

Planck’s primary goal is to observe the Cosmic Microwave Background (CMB), the relic radiation from the Big Bang, and to measure its encoded information about the constituents of the Universe and the origin of cosmic structure. 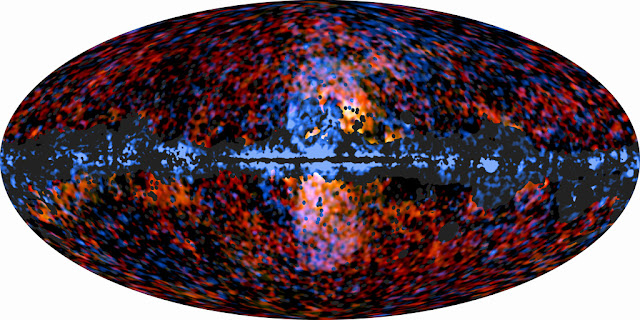 Galactic Haze seen by Planck and Galactic 'bubbles' seen by Fermi
But it can only be reached once all sources of foreground emission, such as the galactic haze and the carbon monoxide signals, have been identified and removed.

“The lengthy and delicate task of foreground removal provides us with prime datasets that are shedding new light on hot topics in galactic and extragalactic astronomy alike,” says Dr Tauber.

“We look forward to characterising all foregrounds and then being able to reveal the CMB in unprecedented detail.”

Planck’s first cosmological dataset is expected to be released in 2013. 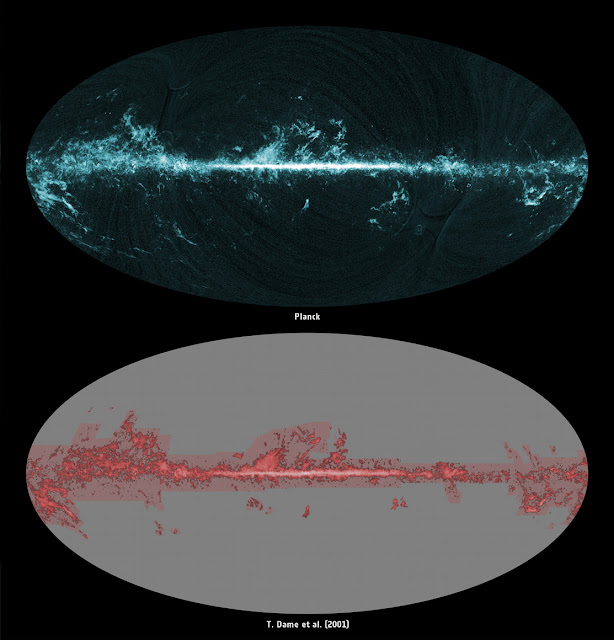 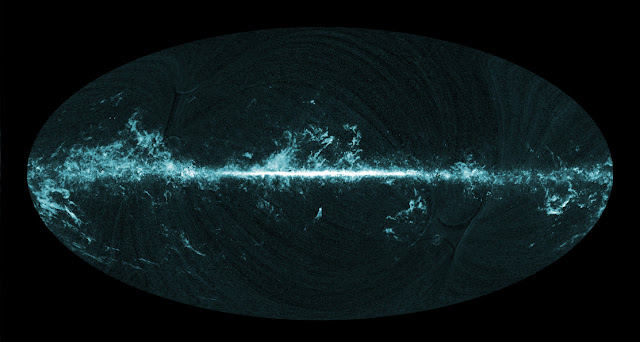 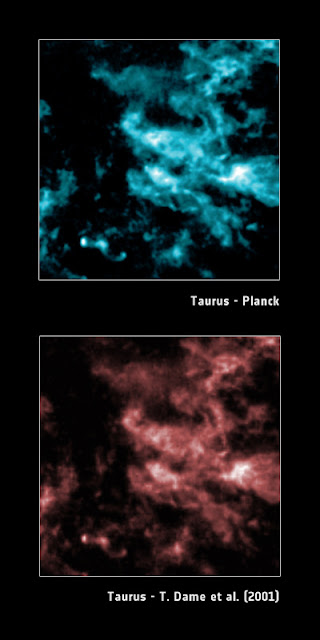 Molecular clouds in the Taurus region 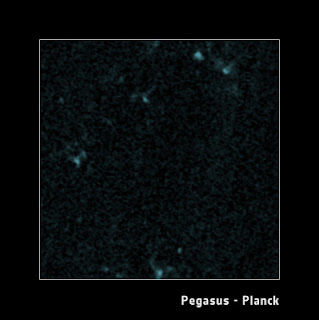 Planck: looking back at the dawn of time: http://www.esa.int/SPECIALS/Planck/index.html