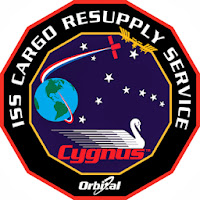 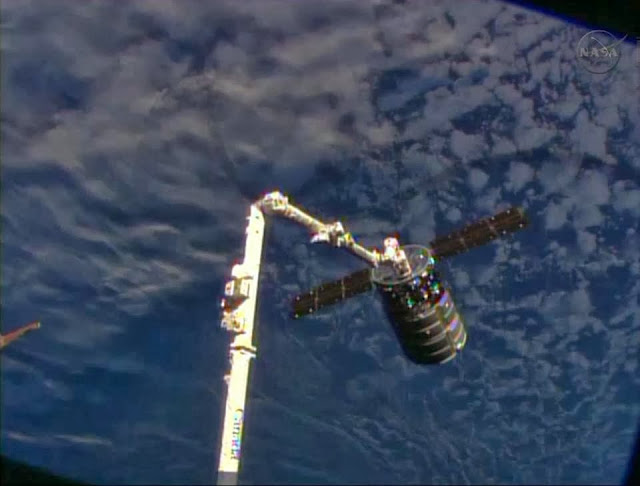 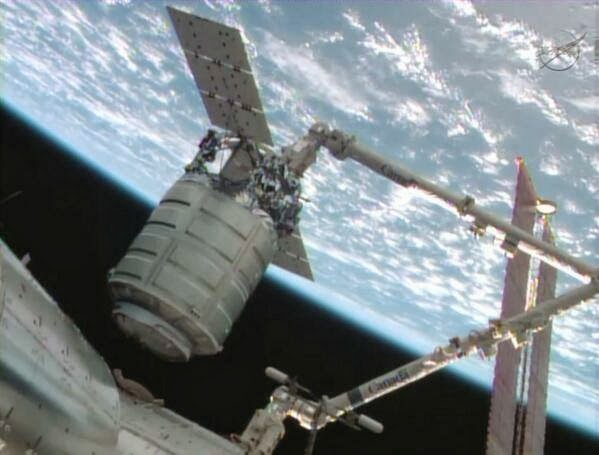 Installation on the port of the station's Harmony module

Following its capture, the spacecraft is being maneuvered by Luca Parmitano of the European Space Agency and Karen Nyberg of NASA for installation onto the Earth-facing port of the station's Harmony module.

Nyberg and Parmitano began their workday aboard the space station reviewing Cygnus’ cargo manifest and discussing with ground teams the plan to unload the cargo.  During the month that Cygnus is berthed to the station, the crew will unload its 1,300 pounds of cargo and reload it with trash for disposal when Cygnus departs for a destructive re-entry in the Earth’s atmosphere.

For more information about the mission and the International Space Station, visit: http://www.nasa.gov/station