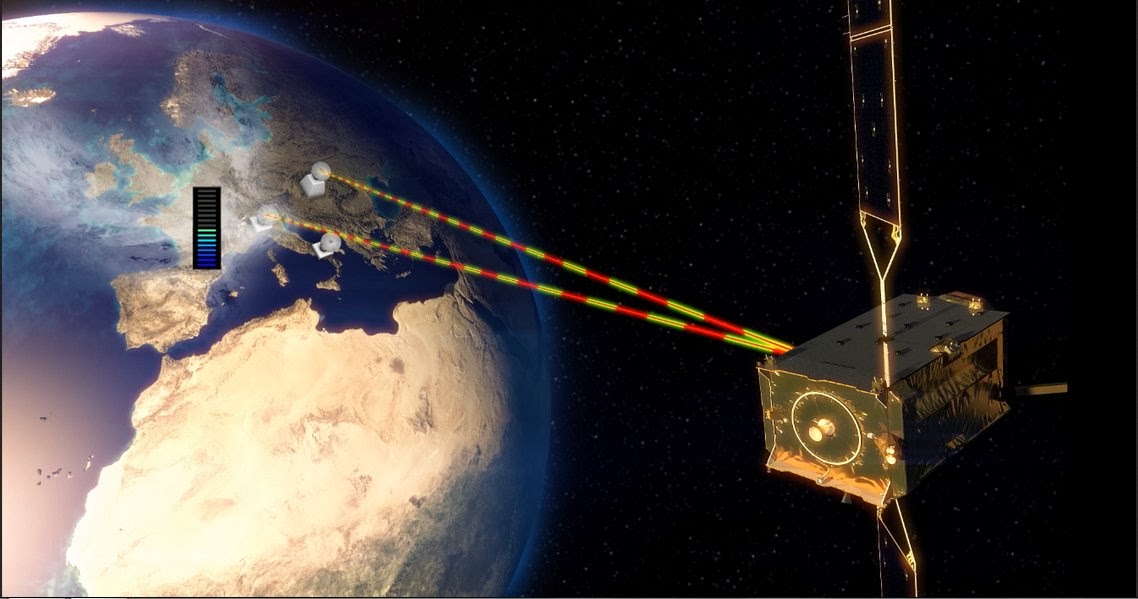 Six months after launch, the payload has undergone many commissioning and in-orbit tests before receiving the go-ahead to start operations. The Q/V-band mission, named after the late Italian scientist Aldo Paraboni who inspired it, is one of four technology demonstration payloads carried by Alphasat. It is dedicated to exploring the higher-frequency Q- and V-bands at 38 and 48 GHz. 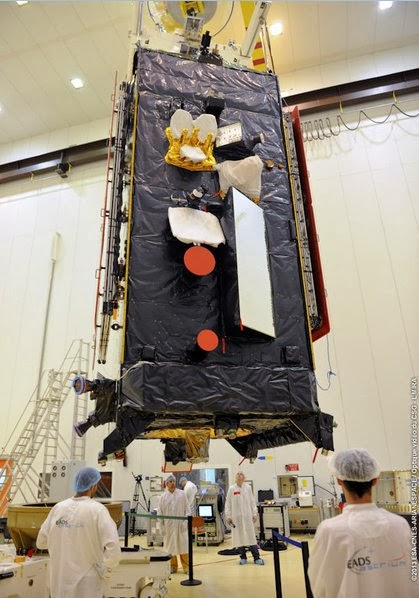 It is necessary to look into using the higher frequencies for carrying data because our current information highways – the Ku- and Ka-bands from 12 to 18 GHz and 26.5 to 40 GHz, respectively – are becoming increasingly congested. Expanding the range of frequencies we can use means more bandwidth availability.

With all tests now complete confirming the payload is healthy and performing well, the scientists can start conducting their experiments. They will be analysing the data from the two independent packages that make up the Aldo Paraboni payload.

Firstly, the communication experiment receives and relays broadband data between stations in the Q/V-bands and allows their performance to be tested. This is important, because one of the challenges that these frequencies have presented in the past is their susceptibility to atmospheric conditions. Turbulent weather conditions can cause strong signal fading. The complementary propagation payload transmits two beacon signals across Europe, allowing scientists to collect the two sets of data, compare their performance and determine how they are affected by weather.

Scientists can now begin analysing the data produced by the payload, and model future broadband communications from geostationary satellites on their discoveries.

The Aldo Paraboni payload is the first to carry communications at such high frequency bands on a commercial geostationary satellite over Europe. Developed by Italian companies Thales Alenia Space and Space Engineering and supported by Italy’s ASI space agency, the Aldo Paraboni mission paves the way for future telecom satellites operating at Q/V frequencies. This will result in more available bandwidth and the possibility of smaller user terminals, as more research will eradicate the need for oversized links to compensate for fading. 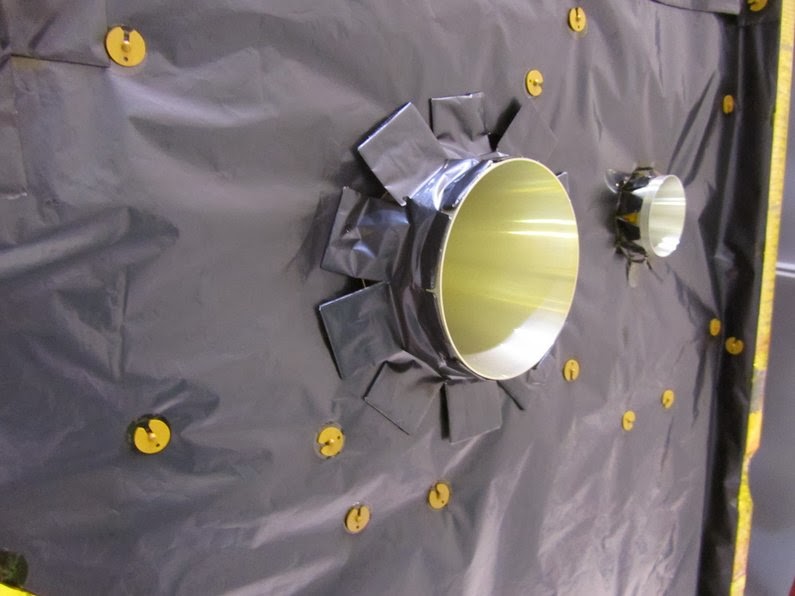 “The Aldo Paraboni payload is the Q/V Band programme’s space segment,” said Enrico Russo, ASI Head of Telecommunications and Integrated Applications Unit, “and it is in line with the long-standing ASI goal to pioneer the use of the higher frequency bands for satellite telecommunications.”

The payload is carried on Inmarsat’s Alphasat, the largest European telecom satellite ever built at 6.6 tonnes when launched on 25 July 2013. The satellite is now in its final orbital position at 25°E, having completed testing.

Alphasat and its hosted payloads are also the result of one of ESA’s biggest public–private partnerships to date, involving ESA, Inmarsat and around a dozen institutional and industrial partners from all over Europe.

Stephane Lascar, Head of Telecommunications Satellite Programmes of ESA, added: “The Aldo Paraboni payload is an important and sophisticated piece of technology hosted on Alphasat that will pave the way to future telecom applications. We are pleased to start its operations.

“Alphasat also embodies the next step in satcom as a true feat of engineering and partnership; we are looking forward to the unique results of this payload’s experiments.”