A field campaign dedicated to SMOS and GOCE has revealed unexpected similarities in the missions’ very different types of measurements. This surprising discovery could lead to a better understanding of what is happening deep under the Antarctic ice sheet.

Around a thousand kilometres from the coast and more than 3000 m above sea level, Dome-C on the Antarctic Plateau is one of the remotest and coldest places on Earth. With very little snowfall it is also extremely dry, effectively a flat white desert.

Despite being such a harsh environment, these conditions are very stable so it offers an ideal place to check the validity of the data from ESA’s SMOS and GOCE Earth observation satellites.

As such, Daniel Steinhagen from Germany’s Alfred Wegener Institute and Steen Kristensen from the Technical University of Denmark, along with their team, braved the bone-chilling temperatures and ventured out to this wilderness last year to carry out a field campaign for ESA.

SMOS carries an L-band microwave radiometer that captures images of ‘brightness temperature’ to measure soil moisture and ocean salinity. GOCE mapped Earth’s gravity with unrivalled precision for over four years. After more than doubling its planned life in orbit, the GOCE satellite finally ran out of fuel last November. However, its data will continue to be used for many years to come to understand numerous aspects of our planet. 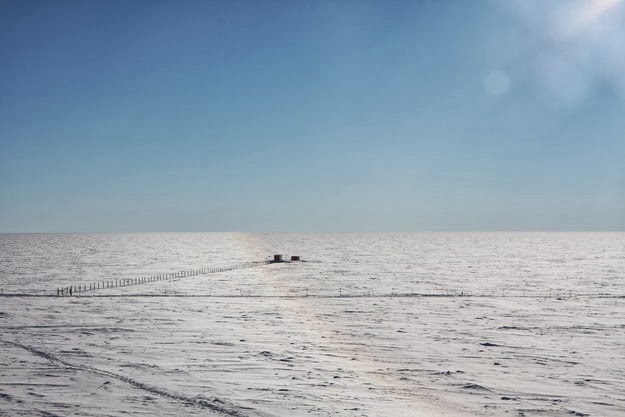 Based at the isolated Concordia research station at Dome-C, the campaign involved spending two weeks flying a Basler-67 airplane over an area of 350 sq km. The plane carried two key sensors: a radiometer used to record surface microwave emissions to verify SMOS data and a gravity meter.

For SMOS, the natural microwave signals emitted through ice layers and propagating up to the satellite orbiting 700 km above have been shown to be remarkably stable. Therefore, Dome-C represents an ideal reference point to check the health and stability of the SMOS radiometer.

The results of the campaign were presented recently to ESA and included some major surprises. 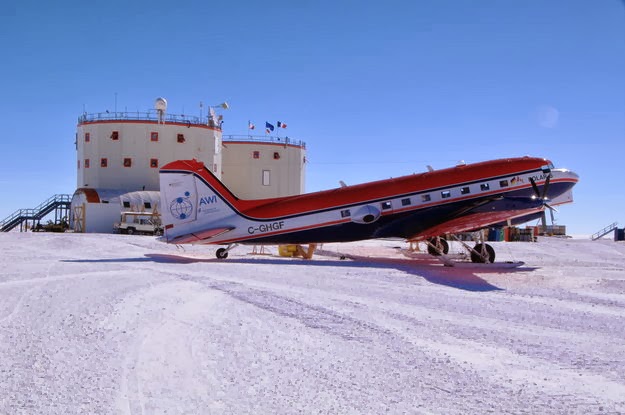 René Forsberg, the gravity expert from the Technical University of Denmark said, “The major, and I must say unexpected, highlight of the campaign was the remarkable similarity between spatial patterns observed by both the gravity and microwave instruments.

“It looks like the SMOS L-band signal contains information from much deeper below the surface than had been previously thought.”

“Although the SMOS mission was originally designed to map soil moisture and ocean salinity across the globe, the results from the campaign could lead to completely new scientific discoveries beneath the Antarctic ice surface using SMOS and unexpected synergies with gravity missions such as GOCE,” added ESA’s Tânia Casal.

Niels Skou from the Technical University Denmark also noted, “I was surprised to see how much and how quickly the microwave brightness temperatures change when flying across the East Antarctic Plateau. These variations, just a few kilometres apart, have never been measured before.

“These results will play an important role in comparing SMOS measurements to those from NASA’s Aquarius and SMAP missions, which make similar measurements.”