CubeSats and Robotics on Station Thursday 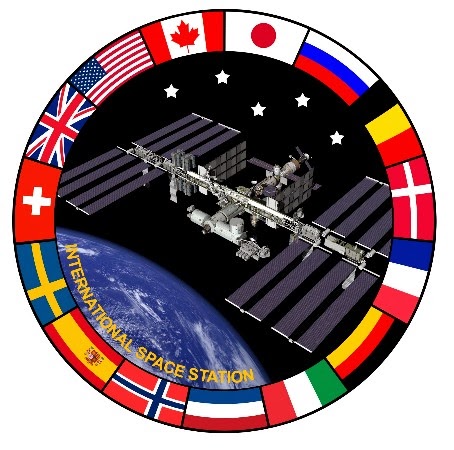 The deployment of miniature satellites from the International Space Station continued Thursday, while the onboard Expedition 38 crew prepared for the arrival of a U.S. commercial cargo craft and the departure of three crew members. 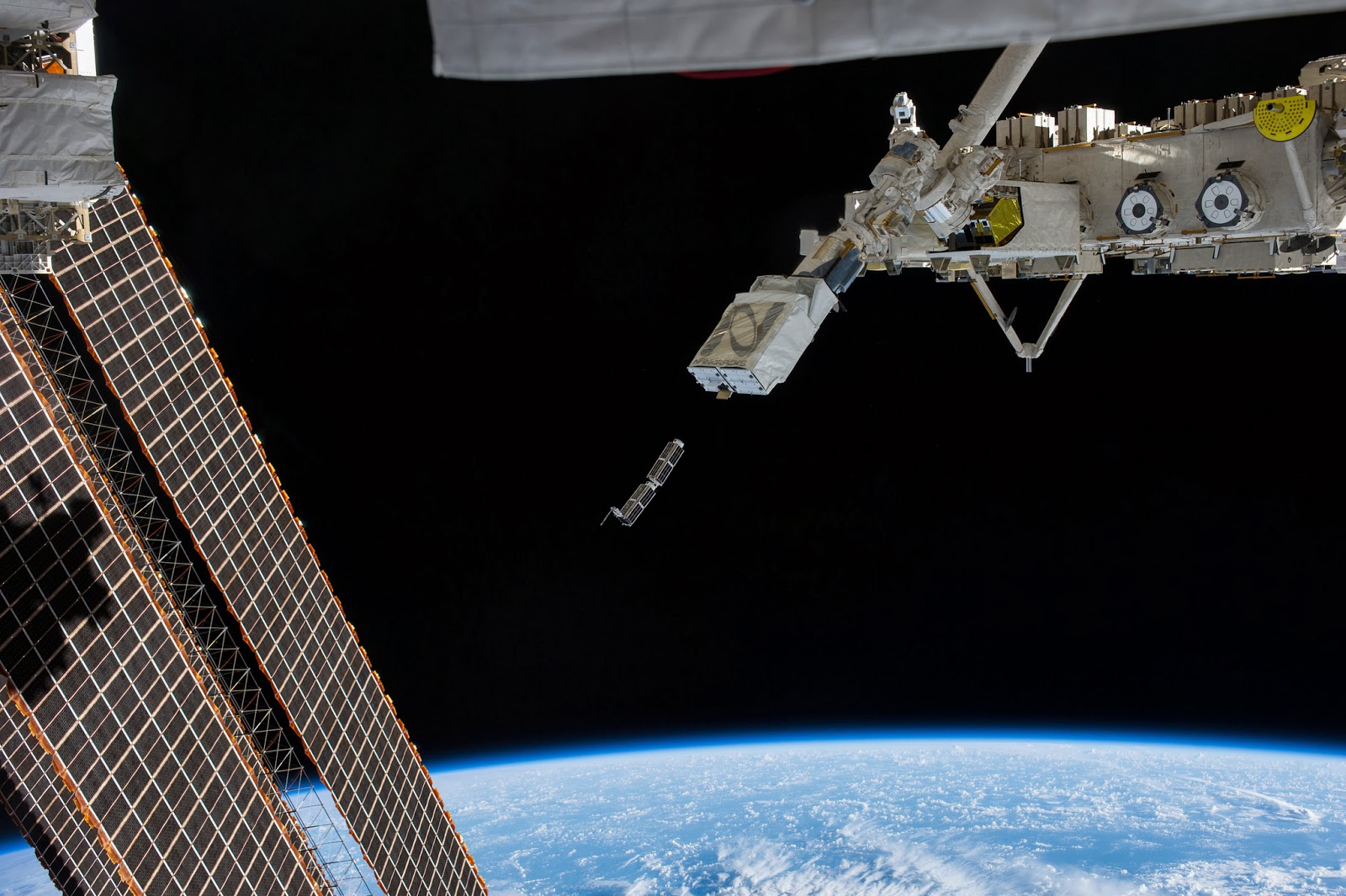 Image above: A set of NanoRacks CubeSats is photographed by an Expedition 38 crew member after the deployment by the NanoRacks Launcher attached to the end of the Japanese robotic arm. Image Credit: NASA.

Two sets of Nanoracks CubeSats were deployed late Wednesday and early Thursday from a deployer mechanism on the Multi-Purpose Experiment Platform attached to the Kibo robotic arm, leaving just two more launches to go of the 33 CubeSats that were delivered to the station in January by Orbital Sciences’ Cygnus cargo ship. The latest CubeSats were sent on their way at 8:50 p.m. EST Wednesday and 2:40 a.m. Thursday. CubeSats are a class of research spacecraft called nanosatellites and have small, standardized sizes to reduce costs. Two final batches of CubeSats are set for deployment at 11:20 p.m. Thursday and 2:30 a.m. Friday, but more are scheduled to be delivered to the station on the second Orbital commercial resupply mission in May.

Flight Engineers Rick Mastracchio and Koichi Wakata spent part of Thursday training for the robotic grapple and berthing of the SpaceX Dragon cargo craft, which is scheduled to launch from the Cape Canaveral Air Force Station in Florida on March 16 and rendezvous with the station March 18. The crew will use the 57-foot Canadarm2 robotic arm to capture Dragon for its installation on the Earth-facing port of the Harmony node. Dragon will spend about a month berthed to the station during SpaceX’s third commercial resupply services mission before departing for splashdown and recovery in the Pacific Ocean.

Wakata and Mastracchio also spent some time preparing for an experiment they will conduct Friday with a set of bowling-ball-sized, free-flying robots known as Synchronized Position Hold, Engage, Reorient, Experimental Satellites, or SPHERES. Mastracchio charged up the batteries for the SPHERES, and Wakata reviewed experiment procedures. For Friday’s SPHERES-Slosh test session, two SPHERES robots will be attached to opposite ends of a metal frame holding a clear plastic tank partially filled with green-colored water. By studying how liquids slosh around inside containers in microgravity, researchers will learn more about how rocket fuels move around inside their tanks in response to motor thrusts used to push a rocket through space, which in turn can lead to improved fuel efficiency and lower costs for satellite launches.

Flight Engineer Mike Hopkins collected water samples for testing from the Internal Thermal Control System inside the Kibo laboratory, as well as from the Oxygen Generation System of the station’s regenerative Control and Life Support System.

Later Hopkins joined up with Mastracchio and Wakata to talk with students at Temple University in Philadelphia. The three astronauts answered a variety of questions regarding the scientific research being conducted aboard the orbiting complex and the challenges of living and working in space.

Mastracchio rounded out his day inspecting the hardware for a combustion experiment known as the Burning and Suppression of Solids, or BASS. Materials burn quite differently in the absence of gravity, with some materials actually becoming more flammable than on Earth. BASS takes a look at how a variety of materials burn and extinguish in microgravity, which will lead to lead to improvements in spacecraft materials selection and strategies for putting out accidental fires aboard spacecraft. The research also provides scientists with improved computational models that will aid in the design of fire detection and suppression systems here on Earth.

Wakata meanwhile donned sensors for a 36-hour data collection period of the Circadian Rhythms study. The knowledge gleaned from this experiment not only will provide important insights into the adaptations of the human autonomic nervous system in space over time, but also has significant practical implications by helping to improve physical exercise, rest- and work shifts as well as fostering adequate workplace illumination.

On the Russian side of the complex, Commander Oleg Kotov focused his efforts on replacing hardware associated with the Elektron oxygen-generating system. Flight Engineer Sergey Ryazanskiy collected surface samples throughout the Zarya module, and Flight Engineer Mikhail Tyurin performed routine maintenance on the life-support system in the Zvezda service module. 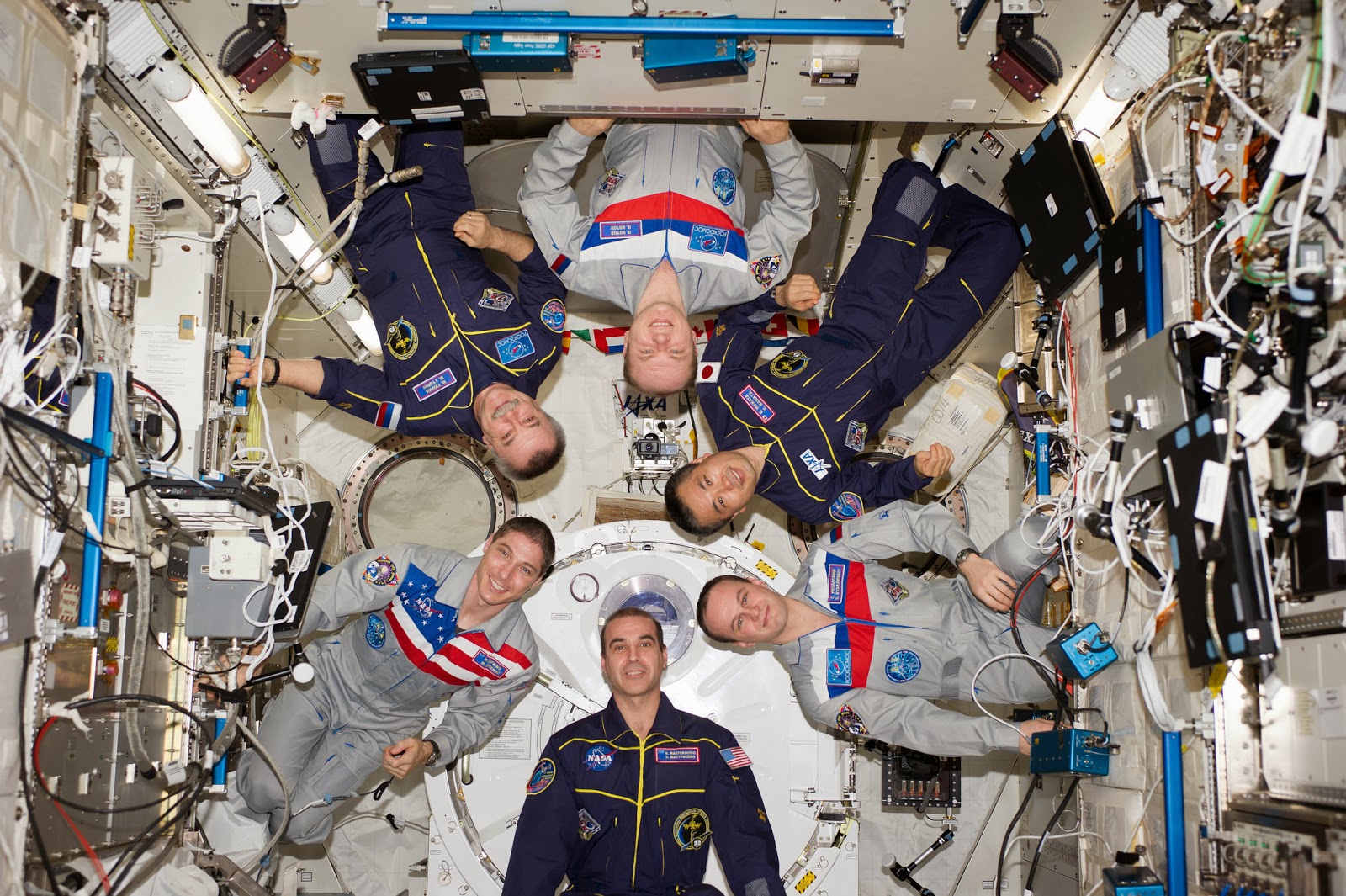 Image above: Expedition 38 crew members pose for an in-flight crew portrait in the Kibo laboratory of the International Space Station. Image Credit: NASA.

As they near the end of their five-and-a-half-month stay aboard the orbiting laboratory, Kotov and Ryazanskiy also had some time set aside to prepare for their return to Earth. The two cosmonauts and Hopkins, who have been aboard the station since late September, will undock from the station aboard their Soyuz TMA-10M spacecraft on March 10 for a landing in Kazakhstan. Their departure will mark the end of Expedition 38 and the beginning of Expedition 39 under the leadership of Wakata, the first Japan Aerospace Exploration Agency astronaut to command the station.

Meanwhile the three flight engineers who will complete the six-person Expedition 39 crew are in their final month of preparations for launch. NASA astronaut Steve Swanson and Russian cosmonauts Alexander Skvortsov and Oleg Artemyev reviewed Russian segment systems Thursday at the Gagarin Cosmonaut Training Center in Star City, Russia. The trio will launch aboard the Soyuz TMA-12M spacecraft from the Baikonur Cosmodrome in Kazakhstan on March 25 to begin a six-hour express flight to the station.