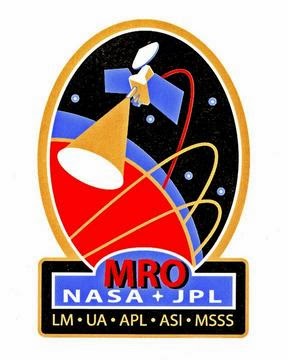 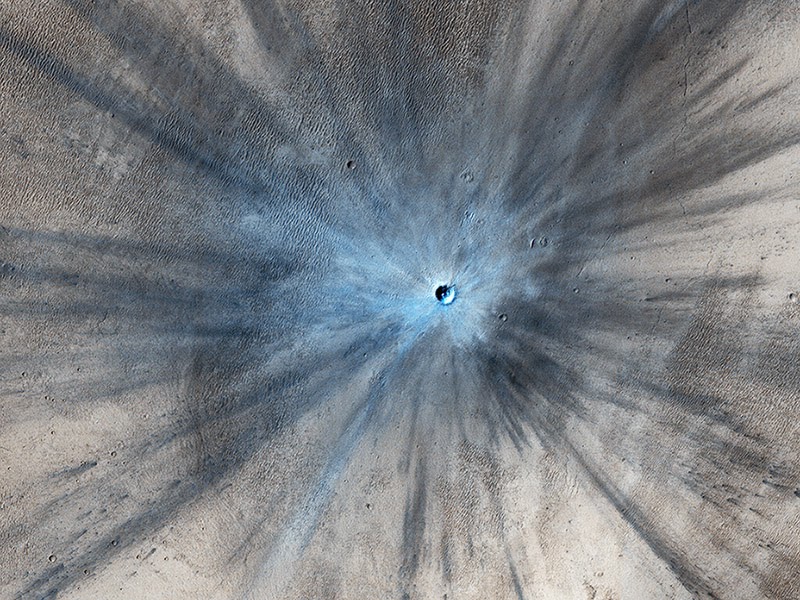 Space rocks hitting Mars excavate fresh craters at a pace of more than 200 per year, but few new Mars scars pack as much visual punch as one seen in a NASA image released today.

The image from the High Resolution Imaging Science Experiment (HiRISE) camera on NASA's Mars Reconnaissance Orbiter shows a crater about 100 feet (30 meters) in diameter at the center of a radial burst painting the surface with a pattern of bright and dark tones. It is available online at http://uahirise.org/ESP_034285_1835 and http://photojournal.jpl.nasa.gov/catalog/PIA17932.

The scar appeared at some time between imaging of this location by the orbiter's Context Camera in July 2010 and again in May 2012. Based on apparent changes between those before-and-after images at lower resolution, researchers used HiRISE to acquire this new image on Nov. 19, 2013. The impact that excavated this crater threw some material as far as 9.3 miles (15 kilometers). 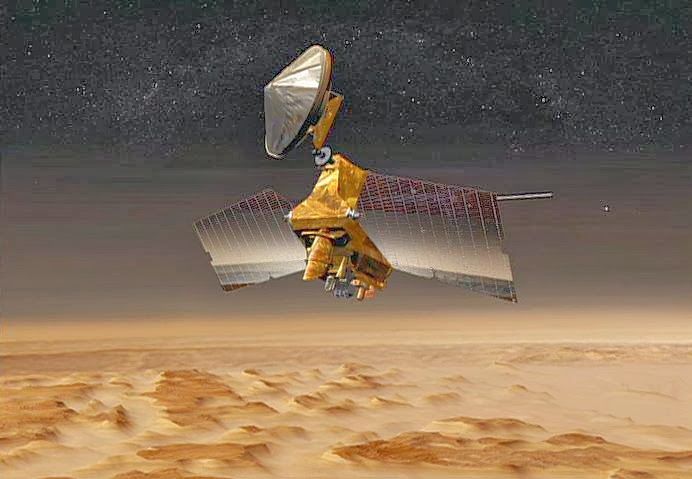 For more information about the Mars Reconnaissance Orbiter, which has been studying Mars from orbit since 2006, visit http://www.nasa.gov/mro