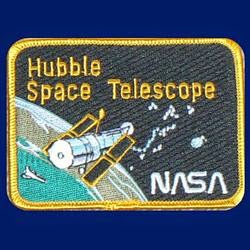 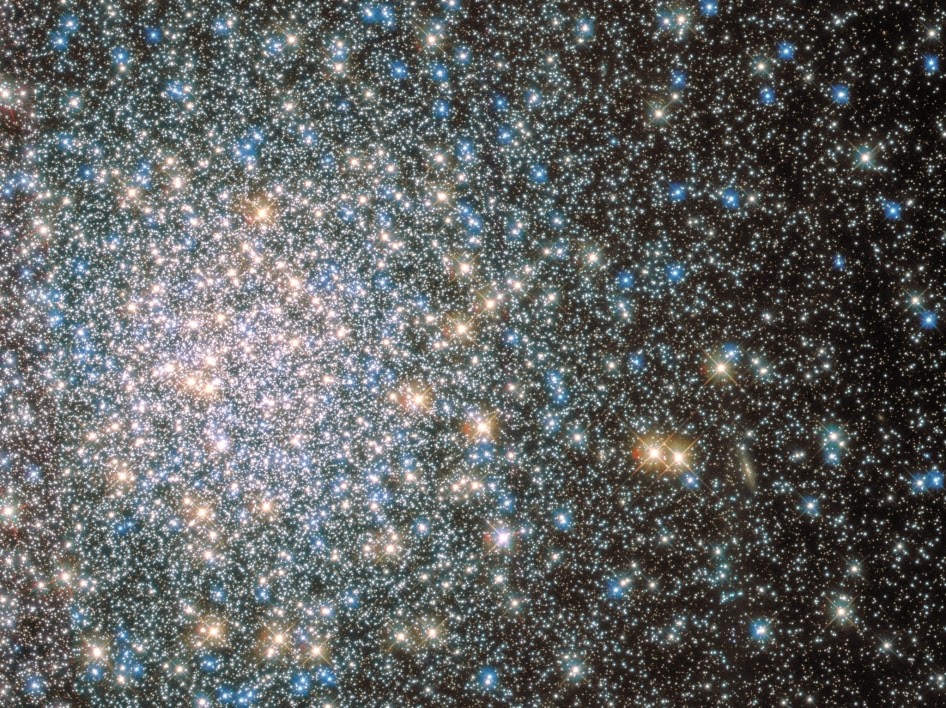 "Beautiful Nebula discovered between the Balance [Libra] & the Serpent [Serpens] ..." begins the description of the 5th entry in 18th century astronomer Charles Messier's famous catalog of nebulae and star clusters. Though it appeared to Messier to be fuzzy and round and without stars, Messier 5 (M5) is now known to be a globular star cluster, 100,000 stars or more, bound by gravity and packed into a region around 165 light-years in diameter. It lies some 25,000 light-years away. Roaming the halo of our galaxy, globular star clusters are ancient members of the Milky Way. M5 is one of the oldest globulars, its stars estimated to be nearly 13 billion years old. The beautiful star cluster is a popular target for Earthbound telescopes. Of course, deployed in low Earth orbit on April 25, 1990, the Hubble Space Telescope has also captured its own stunning close-up view that spans about 20 light-years near the central region of M5. Even close to its dense core at the left, the cluster's aging red and blue giant stars and rejuvenated blue stragglers stand out in yellow and blue hues in the sharp color image.

The Hubble Space Telescope is a project of international cooperation between NASA and the European Space Agency. NASA's Goddard Space Flight Center in Greenbelt, Md., manages the telescope. STScI in Baltimore conducts Hubble science operations. STScI is operated for NASA by the Association of Universities for Research in Astronomy, Inc., in Washington.

For images and more information about Hubble, visit: http://www.nasa.gov/hubble and http://www.spacetelescope.org/