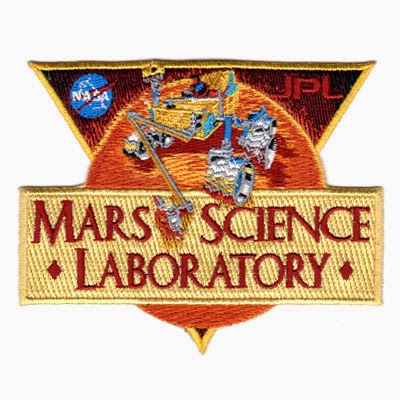 Portions of powdered rock collected by drilling into a sandstone target last week have been delivered to laboratory instruments inside NASA's Curiosity Mars rover, and the rover will soon drive on toward its long-term destination on a mountain slope.

Other instruments on the rover have inspected the rock's interior exposed in the hole and in drill cuttings heaped around the hole. The target rock, "Windjana," is a sandstone slab within a science waypoint area called "The Kimberley." 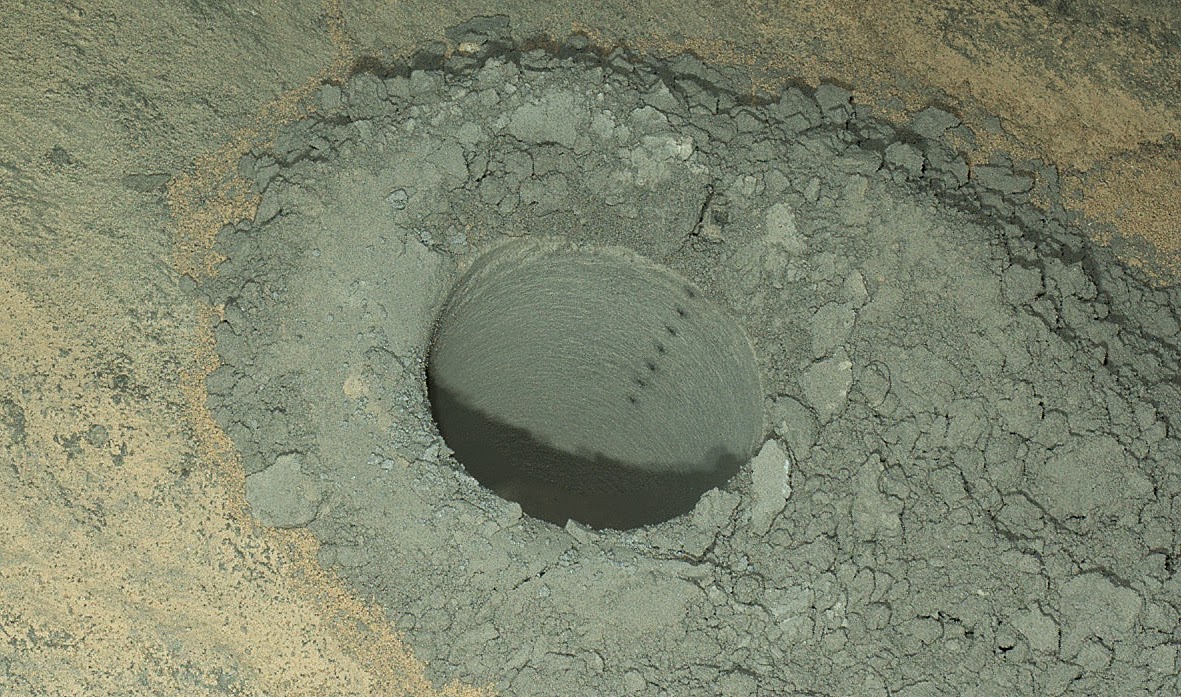 Image above: The Mars Hand Lens Imager on NASA's Curiosity Mars rover provided this nighttime view of a hole produced by the rover's drill and, inside the hole, a line of scars produced by the rover's rock-zapping laser. The camera used its own white-light LEDs to illuminate the scene on May 13, 2014. Image Credit: NASA/JPL-Caltech/MSSS.

The camera and spectrometer at the end of Curiosity's robotic arm examined the texture and composition of the cuttings.  The instrument that fires a laser from atop the rover's mast zapped a series of points inside the hole with sharpshooter accuracy.

The rover team has decided not to drill any other rock target at this waypoint. In coming days, Curiosity will resume driving toward Mount Sharp, the layered mountain at the middle of Mars' Gale Crater. The rover is carrying with it some of the powdered sample material from Windjana that can be delivered for additional internal laboratory analysis during pauses in the drive. 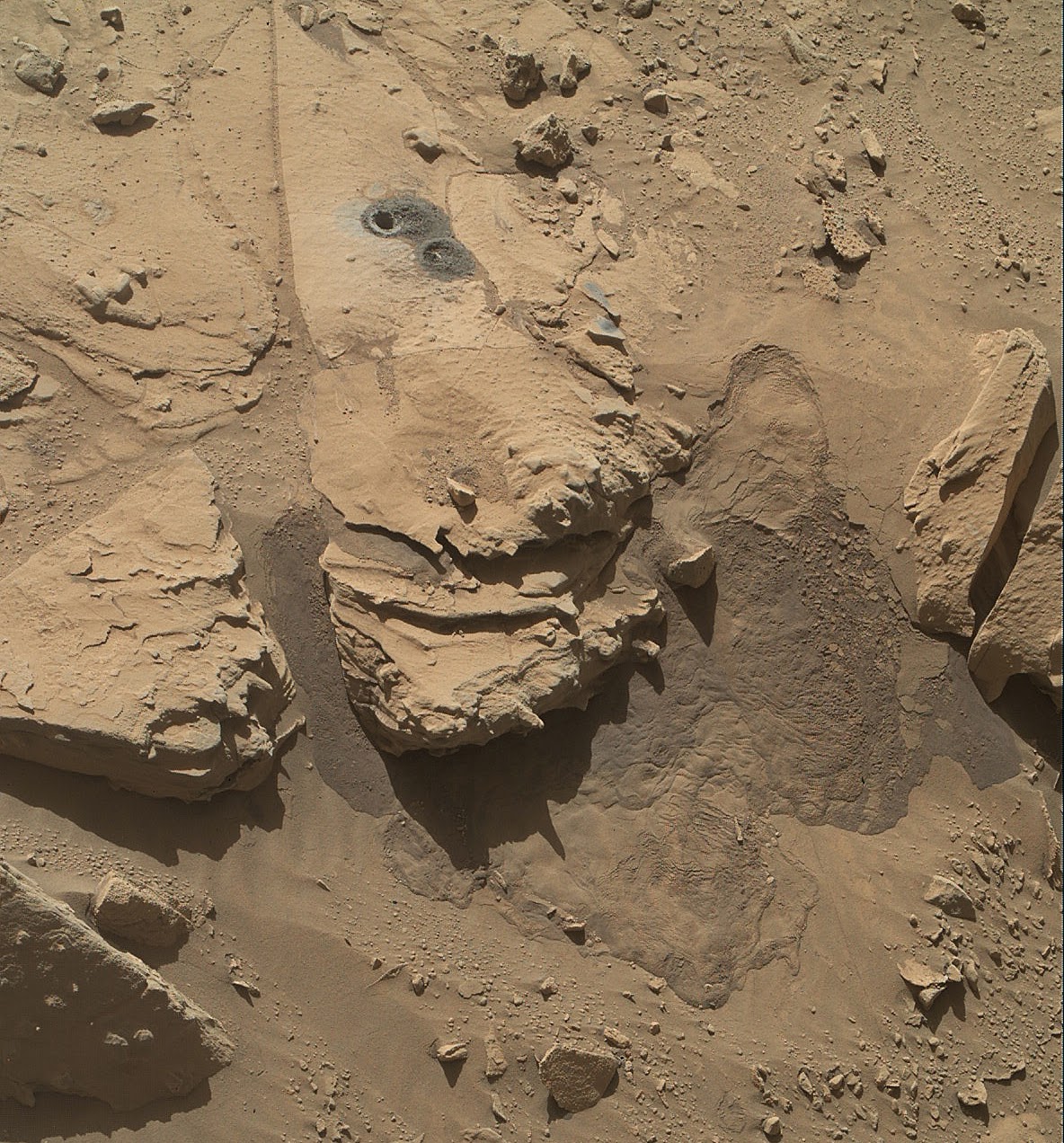 Image above: This May 12, 2014, view from the Mars Hand Lens Imager (MAHLI) in NASA's Curiosity Mars Rover shows the rock target "Windjana" and its immediate surroundings after inspection of the site by the rover by drilling and other activities. Image Credit: NASA/JPL-Caltech/MSSS. 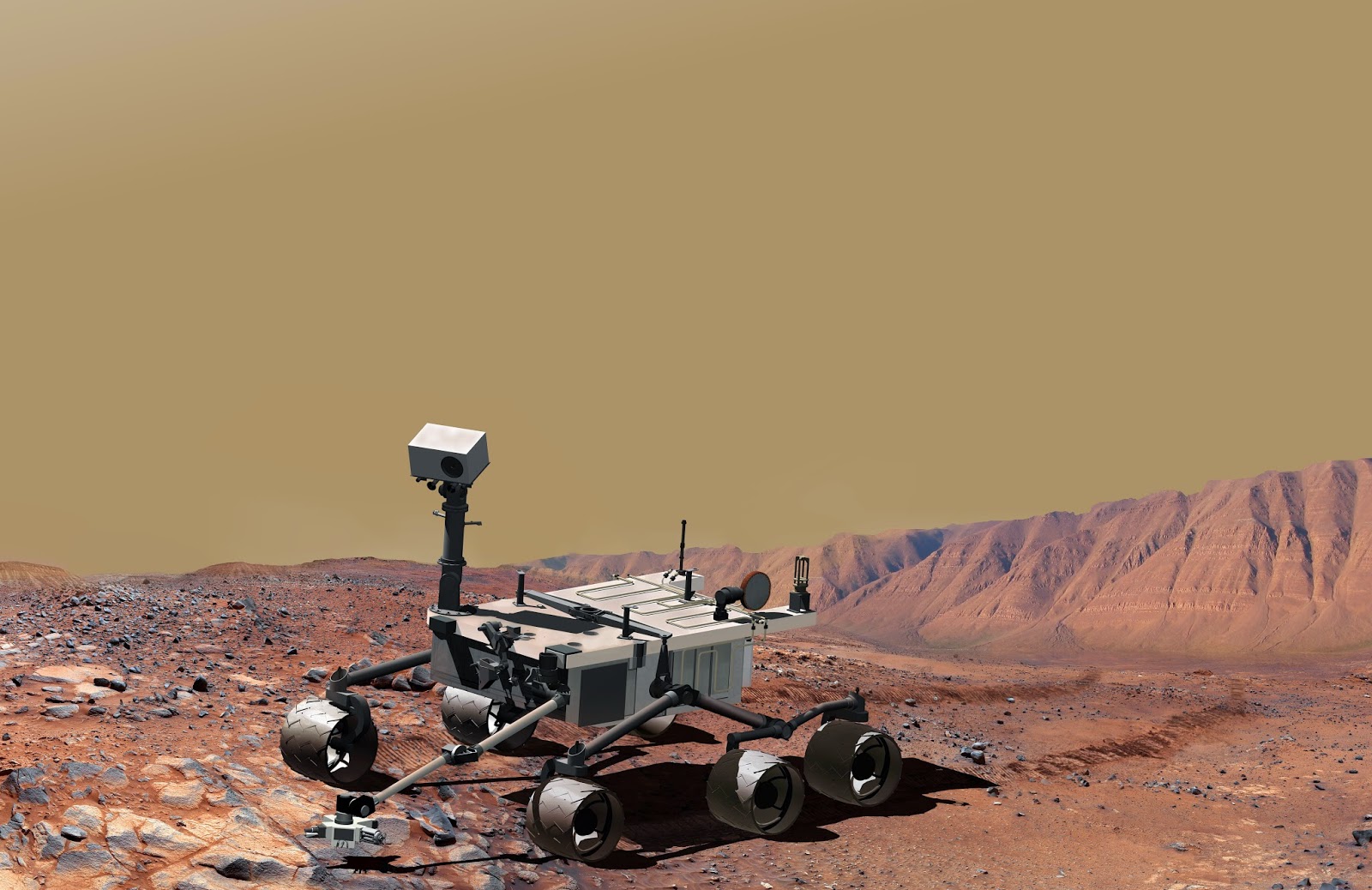