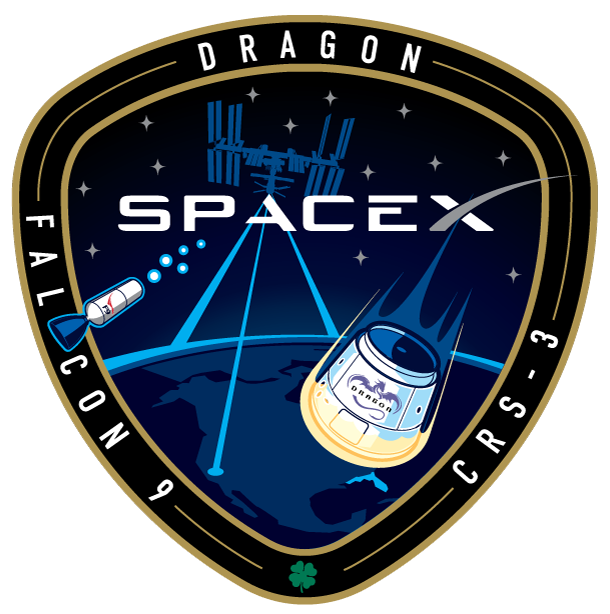 April launches bring May research returns. While the splashdown of SpaceX’s Dragon spacecraft on May 18 will conclude the company’s third contracted resupply mission to the International Space Station, it also serves as a high point for the scientists who have investigations returning to Earth who are eager to complete their analyses.

When the Dragon spacecraft splashes down in the Pacific Ocean, it will carry with it more than 1,600 pounds of scientific supplies. These supplies include samples from biology, biotechnology and physical science investigations, as well as human research.

"While some of this data can be obtained by on orbit analysis, many analysis techniques have not been miniaturized or modified to allow them to be performed on orbit, which means sample return is the only way to obtain this data," said Marybeth Edeen, space station research integration office deputy manager at NASA’s Johnson Space Center in Houston. 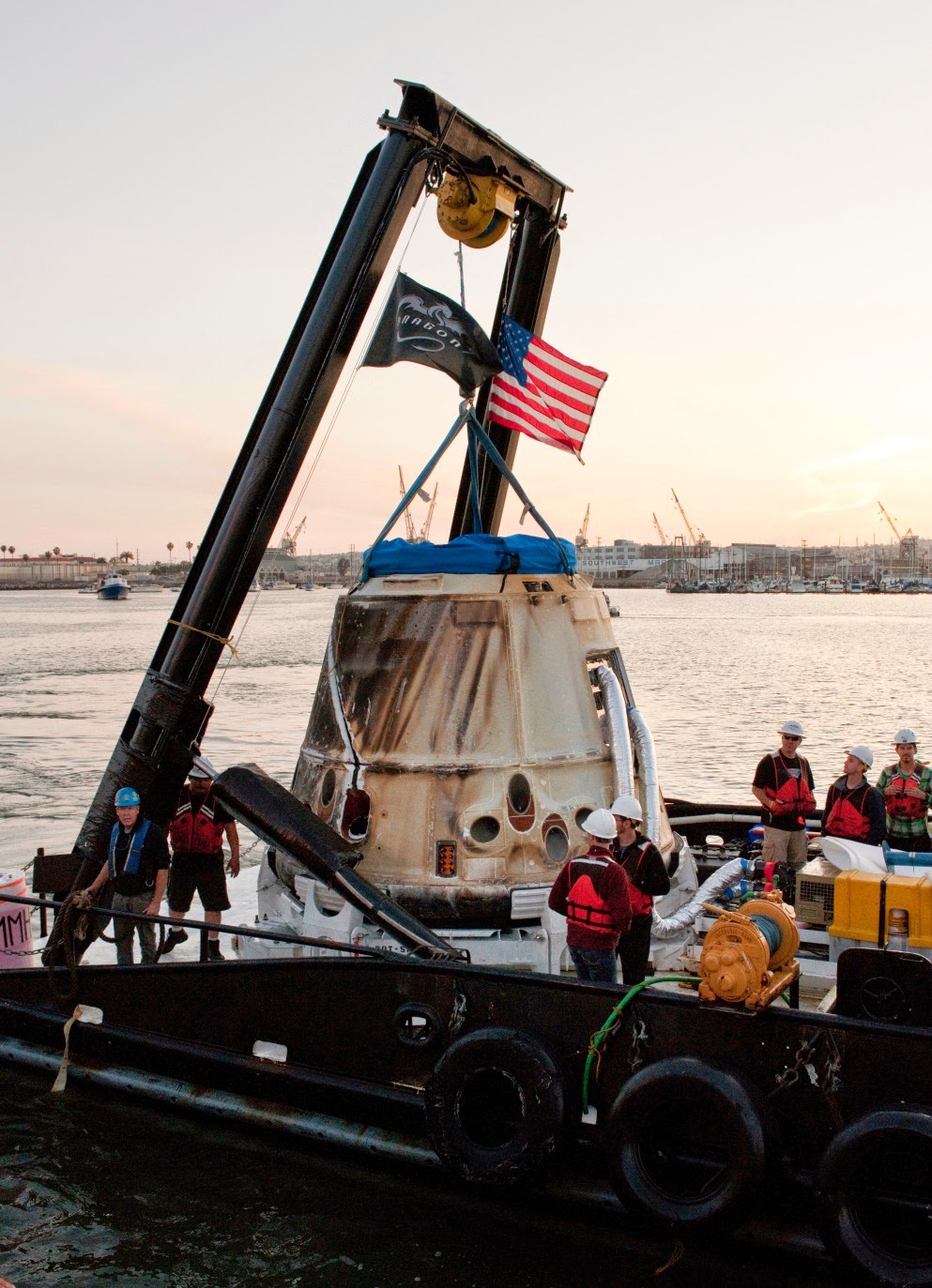 Image above: SpaceX Dragon's third operational mission will end May 18 after a month-long stay at the International Space Station. The unmanned spacecraft will return more than 1,600 pounds of science materials from the orbital outpost. Image Credit: NASA.

One of many studies returning examines drug-resistant bacteria to determine gene expression patterns and changes in microgravity. The Antibiotic Effectiveness in Space (AES-1) investigation uses E. coli to better understand the decreased effectiveness of antibiotics during spaceflight. The study is set on the premise derived from previous investigations that suggest bacteria are able to grow in space even in an antibiotic concentration that would normally deter growth.

“We intend to further corroborate these early findings and conduct more in depth genetic assays of the returned samples to get a better understanding of what might be responsible for this outcome,” said AES-1 principal investigator David Klaus, Ph.D., of BioServe Space Technologies at the University of Colorado in Boulder.

As bacteria grow more resistant to antibiotics, there are less effective pharmaceutical treatment options for people with bacterial infections. The findings from AES-1 may help improve antibiotic development on Earth. Advancing the efficacy of antibiotics and reducing their resistance to bacteria is a priority for health care professionals. 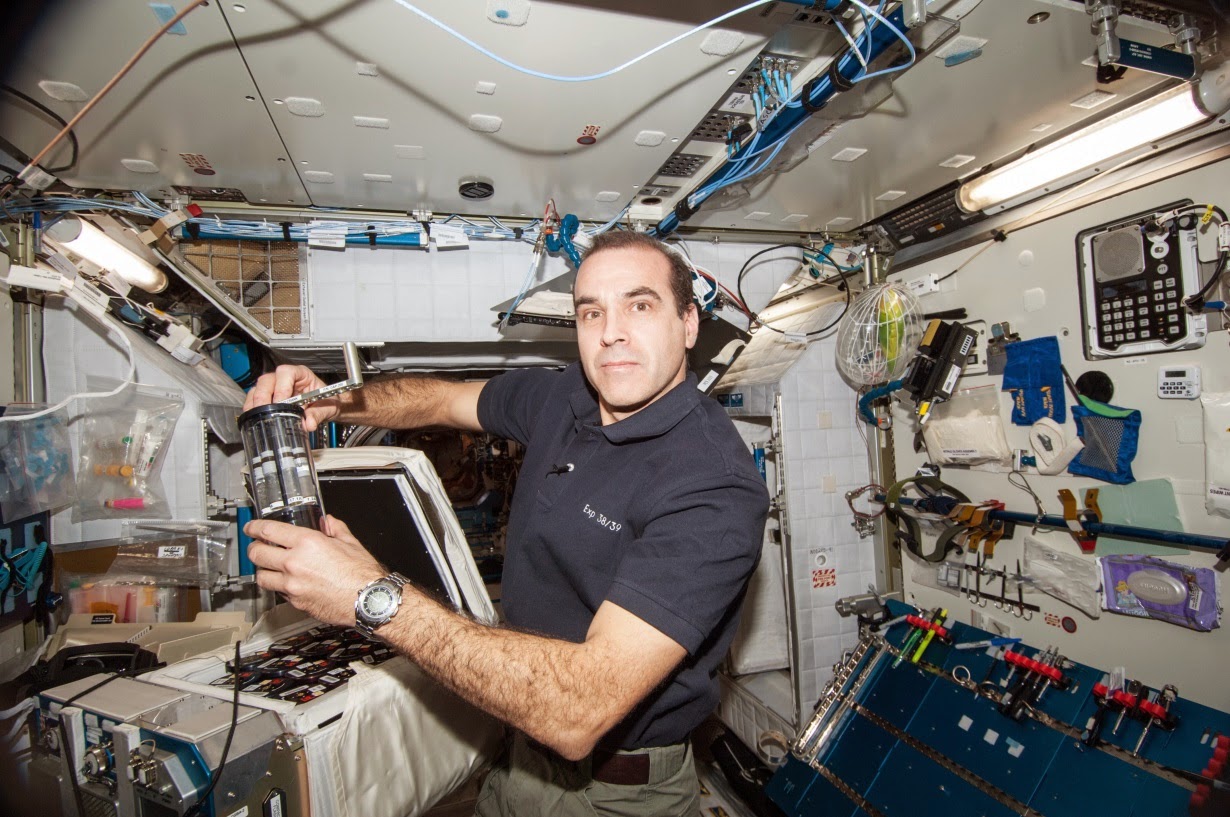 Another study returning on Dragon is MicroRNA Expression Profiles in Cultured Human Fibroblasts in Space (Micro-7). Micro-7 is the first space investigation to study the effect of microgravity on DNA damage and repair in human fibroblasts, the non-dividing cells that make up most of the human body. Understanding how these cells function in microgravity advances knowledge of changes to organs, tissues and the entire body during spaceflight. Researchers can use data from Micro-7 in future Earth-based studies to examine whether the cell changes observed during spaceflight are seen in disease states of tissues and organs, as well. Ultimately, this may help scientists better understand disease and could lead to development of new drug therapies.

Hardware launched on the Dragon for investigations using the Biological Research in Canisters (BRIC) space station facility enabled two experiments. First, the BRIC-18-1 experiment from the University of Florida in Gainesville, Florida, was an attempt by researchers to grow antibiotic-resistant versions of two common bacteria: Bacillus subtilis, found in soil, and Staphylococcus epidermidis, found on the skin. These space-flown bacteria will be compared to ground control samples for evidence of possible mutations induced by spaceflight.

"From this, they may be able to tell whether certain antibiotics will be less effective over time and determine more effective ways to treat infection," said David Flowers, space station ground processing and research project office payload manager at NASA's Kennedy Space Center in Florida. 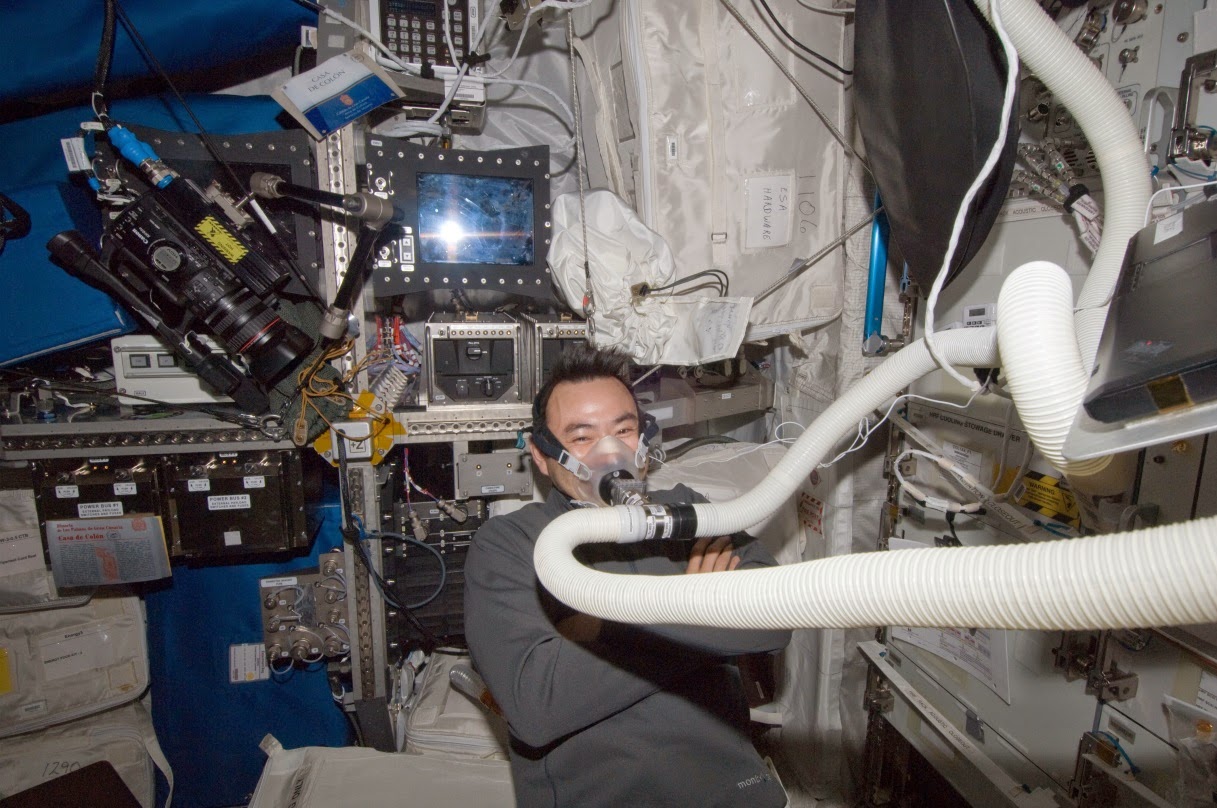 The second experiment, BRIC-18-2, focuses on the growth and development of seedlings exposed to the stresses of the space environment, such as changes in gravity, radiation, vibration and limited exchange of gases. Seedlings preserved with a chemical fixative are returning to Earth on the Dragon for evaluation. Researchers at Michigan State University in East Lansing, Michigan will observe the seedling results for implications on the general knowledge of stress and to provide solutions for stress management in multicellular organisms, including humans, while living in space. This may also lead to development of plants better suited for space and improvements in sustainable agriculture.

When they return, the Advanced Plant Experiments-02-2 (APEX-02-2) investigation samples will undergo radiation assessment in the lab. The APEX-02-2 study employed a common brewer’s yeast, Saccharomyces cerevisiae, to observe cell adaptation to the unique aspects of the space environment. By identifying specific mechanisms regulated within the regions of genes that respond to growth in microgravity, scientists hope to identify factors associated with how genetic information is transferred.

Yeast is a model organism, often used to interpret the molecular responses of more complicated plant and animal cells. Understanding how environmental changes affect the yeast’s genetic expression could lead to new discovery in more complex cells, including human cells.

Also awaiting space-flown samples from Dragon for analysis of changes in gene expression and protein synthesis, the T-Cell Activation in Aging investigation team seeks to identify a defect in T-cell activation during microgravity exposureOur immune systems protect us from disease, and T-cells are the first cells in the immune system to be mobilized when illness is introduced to the body. T-cells are activated to fight foreign antigens and help the body return to a healthy status. This research can help in understanding and treating a range of auto-immune diseases such as arthritis and diabetes. Identifying the defect in T-cell activation in microgravity may someday help to inhibit the decline of the immune system as a normal part of the aging process.

A myriad of other study samples also are returning to Earth on Dragon, including those of the Cardiovascular Health Consequences of Long-Duration Space Flight (Vascular) and the Astronaut's Energy Requirements for Long-Term Space Flight (Energy) investigations. Vascular assess the impact of long-duration spaceflight on the blood vessels of astronauts, while Energy measures changes in energy balance in crew members following long-term missions. Knowledge gleaned from these studies helps to ensure the health of crew members during long-duration spaceflight and may contribute to treatments for similar health problems on Earth.

With these Dragon-sized research returns to Earth, more scientific discovery may be possible. With discovery comes inspiration for follow-up investigations as well as brand new ideas and approaches to address. With the Dragon’s help, and the help of other resupply vehicles which deliver scientific investigations to the orbital laboratory, these ideas can take flight aboard the space station.