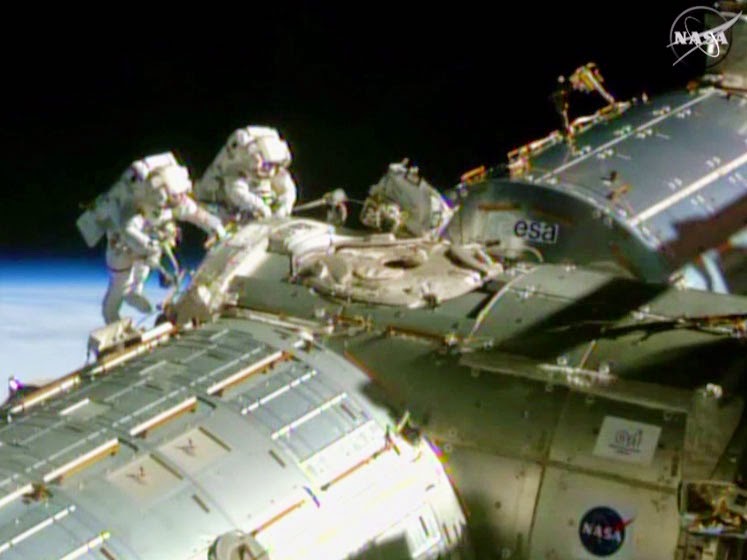 Approximately 2 hours and 30 minutes into today’s spacewalk, astronauts Barry Wilmore and Terry Virts have finished attaching several new cables on the port side of Pressurized Mating Adapter-2. The duo will reinstall a debris shield before moving to attach another new cable on the starboard side and route additional cables during their remaining time outside the International Space Station.

The crew is routing more than 300 feet of cable during today’s spacewalk and a second one planned for Wednesday as part of a reconfiguration of the station to enable U.S. commercial crew vehicles under development to dock to the space station in the coming years.

NASA astronauts Barry Wilmore and Terry Virts ended their spacewalk at 2:26 p.m. EST with the repressurization of the Quest airlock. Wilmore and Virts completed all the scheduled tasks for today and one get ahead task. They rigged a series of power and data cables at the forward end of the Harmony module and Pressurized Mating Adapter-2 and routed 340 of 360 feet of cable. The cable routing work is part of a reconfiguration of station systems and modules to accommodate the delivery of new docking adapters that commercial crew vehicles will use later this decade to deliver astronauts to the orbital laboratory. 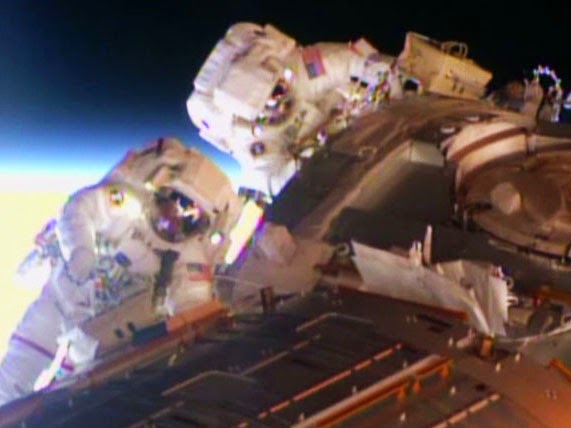 The 6-hour, 41-minute spacewalk was the first for Virts. Wilmore now has spent 13 hours and 15 minutes in the void of space during two spacewalks. The spacewalk began this morning at 7:45 a.m. Astronauts have now spent a total of 1,159 hours and 8 minutes conducting space station assembly and maintenance during 185 spacewalks.

The duo will venture outside the space station again on Wednesday, Feb. 25, to deploy two more cables and lubricate the end of the space station’s robotic arm. NASA TV coverage will begin at 6 a.m. Wednesday ahead of a planned 7:10 a.m. start time for the spacewalk.