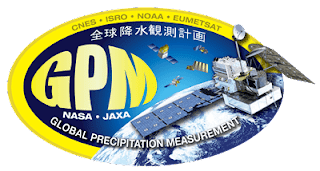 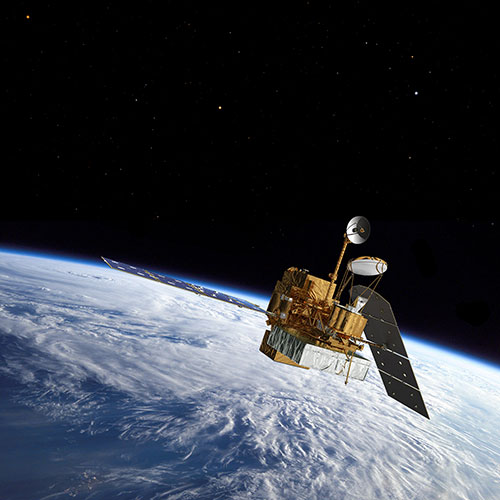 The Global Precipitation Measurement or GPM core satellite has provided meteorologists with a look at the towering thunderstorms and heavy rainfall occurring in Tropical Storm Erika as it moves through the Caribbean Sea.

On August 27, 2015, there were many warnings and watches in effect as Tropical Storm Erika continued to rain on Leeward Islands. A Tropical Storm Warning was in effect for Anguilla, Saba and St. Eustatius, St. Maarten, St. Martin, St. Barthelemy, Montserrat, Antigua and Barbuda, St. Kitts and Nevis, Puerto Rico, Vieques, Culebra, U.S. Virgin Islands, British Virgin Islands. A Tropical Storm Watch was in effect for Guadeloupe, the northern coast of the Dominican Republic from Cabo Engano to the border of Haiti, the southeastern Bahamas and the Turks and Caicos Islands.

Video above: GPM showed thunderstorm cloud tops reaching to just over 14 km (8.6 miles) high and PM showed rainfall of up to 52.8 mm (2.0 inches) per hour. The GPM data was overlaid on infrared data from the GOES-East satellite. Video Credits: NASA/JAXA/SSAI, Hal Pierce.

Tropical Storm Erika, the fifth named storm of the season, entered the northeast Caribbean early on the morning of August 27 as it passed through the Leeward Islands between Guadeloupe and Antigua. Fortunately, there were no reports of damage thanks in part to the effects of inhibiting wind shear, which kept the storm from strengthening.

Erika originated as a wave of low pressure that was first detected on Friday, August 21 midway between the West Coast of Africa and the Cape Verde Islands. The wave then tracked westward across the tropical mid Atlantic where it eventually intensified enough to become a tropical storm, Tropical Storm Erika, about three days later on the evening of August 24 (local time, EDT).

At this point, Erika was located about 955 miles due east of the Leeward Islands.  However, despite being over warm water, Erika struggled to intensify as it approached the Leeward Islands over the next few days thanks to an upper-level tough of low pressure near Hispaniola in the north central Caribbean, which created westerly wind shear that disrupted the storm's circulation.

Two instruments aboard GPM captured an image of Erika at 17:26 UTC (1:26 p.m. EDT) on August 26 as the storm was nearing the Leeward Islands. Rain rates derived from the GPM Microwave Imager or GMI captured rain rates in outer area and the Dual-frequency Precipitation Radar or DPR instrument captured rain rates in the inner area. GPM showed rainfall of up to 52.8 mm (2.0 inches) per hour.

The images revealed that the low-level center of circulation was displaced well to the northwest of the storm's rain field, which contains areas of embedded convection (thunderstorms) necessary strengthen and maintain the storm.  However, for the storm to intensify, those areas of convection need to be located close to the storm's core, which is not the case here due to the effects of wind shear.  At about the time of this image, the National Hurricane Center reported that Erika's maximum sustained winds were near 45 mph, making it a weak tropical storm, and that Erika was experiencing moderate northwesterly wind shear as it moved westward near 17 mph.

The National Hurricane Center (NHC) expects a turn toward the west-northwest later on August 27, and this general motion should continue for the next 48 hours.  On the forecast track, the center of Erika will move near the Virgin Islands later today, move near or north of Puerto Rico tonight, and pass north of the north coast of the Dominican Republic on Friday.

Maximum sustained winds are near 50 mph (85 kph), and NHC expects little change in strength over the next two days. The estimated minimum central pressure is 1006 millibars.

For updates on the forecast and track, and local effects, visit the NHC web page: http://www.nhc.noaa.gov.

GPM is a joint mission between NASA and the Japanese space agency JAXA.