Today, ESA celebrates the 40th anniversary of the Agency’s ground station network, the indispensable link to spacecraft that are helping us to learn about our planet, our Solar System and our Universe. 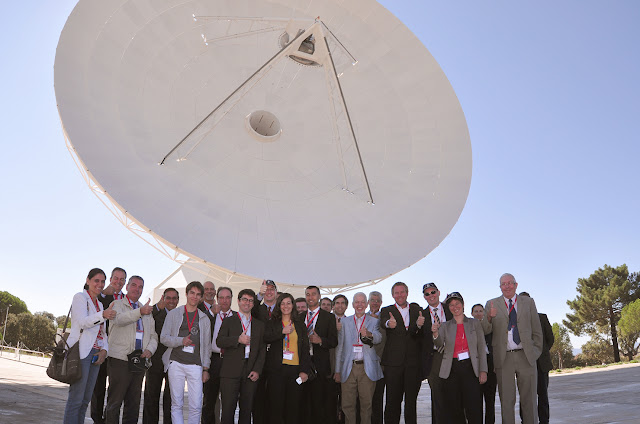 Estrack has stations on three continents, all remotely operated from the European Space Operations Centre in Darmstadt, Germany. The network is now tracking more than a dozen science and Earth observation missions, including Swarm, the Sentinels, Rosetta, Gaia and Mars Express.

The anniversary was celebrated in a ceremony at the Cebreros deep-space station, near Madrid, today. 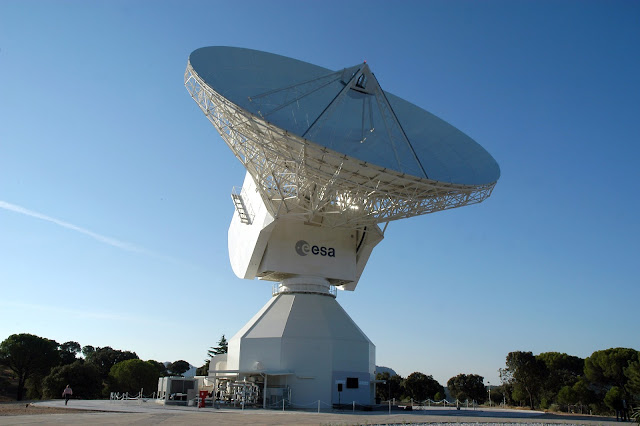 “With the strong and continuous support of European industry, the network’s technological capability is evolving to meet the increasing operational requirements of future science and Earth missions,” noted Thomas Reiter.

“This includes the capability to determine the position of spacecraft millions of kilometres away from our planet with extremely high precision, which is crucial, for example, for missions like Rosetta, and perform radio science with a number of missions including Mars Express.” 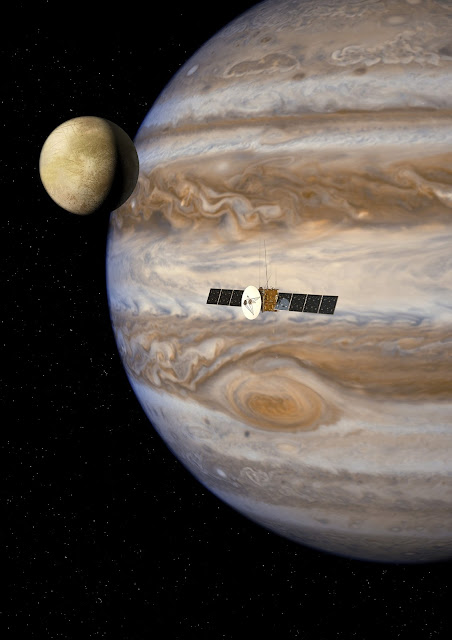 In the near future, Estrack deep-space stations will provide crucial support for European missions to Mars, Mercury, Jupiter and its moons and our Sun.

With the 2012 inauguration of a third 35 m-diameter antenna, at Malargüe, Argentina, joining the others at New Norcia, Australia, and Cebreros, Spain, Estrack achieved global deep-space coverage.

These stations can communicate with spacecraft orbiting out to some 800 million km.

“ESA ground stations and their superb technology are indispensable for space scientists, who could not do their research without the reliable return of precious data,” said Alvaro Giménez.

“Whether downloading images of a 4.5 billion-year-old comet, fundamental physical data about black holes or a map showing our Universe just after birth, Estrack provides the links to spacecraft travelling to the frontiers of human knowledge.”

Guests at the event were treated to the first showing of a music video composed especially for the 40th anniversary, the audio of which was selected from among 117 entries in an international competition via Sound Cloud.

The composer, Gautier Acher, aged 17, from Paris, was invited to introduce his work and view first hand the impressive dish at Cebreros. His music will now be adopted as the official Estrack theme.

Over the decades, some of the world’s best tracking technology has been developed, from cryogenically cooled amplifiers to digital signal processors, and precision pointing systems.

To download increased amounts of science data, stations will be upgraded to use higher frequencies, the latest-technology beam waveguide systems and highly accurate signal acquisition aids.

ESA will also exploit next-generation technologies such as laser links and creating arrays of antennas.

The network is already adapting to expected future demands, taking into consideration the growing capabilities of commercial services.

Estrack’s advanced capabilities are enabling ESA to share tracking capacity with other space agencies, who respond in kind for ESA missions. Estrack regularly supports missions from the US, Europe, Japan, Russia and China.