Making (less of) an impact 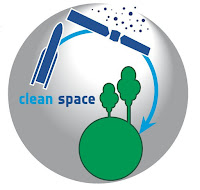 When a rocket is launched into space it crosses all layers of the atmosphere and interacts with them. How much impact does a launch have on the atmosphere and can we quantify the effect in such a way that we can take mitigation measures? These are only a few of the questions raised by the Clean Space AtILa (Atmospheric Impact of Launchers) project.

Neil Murray explains: "It is difficult to use computer modelling to precisely monitor what happens when a rocket is launched as the size of the plume is far smaller than the scale of the climate models that we use to model the atmosphere". 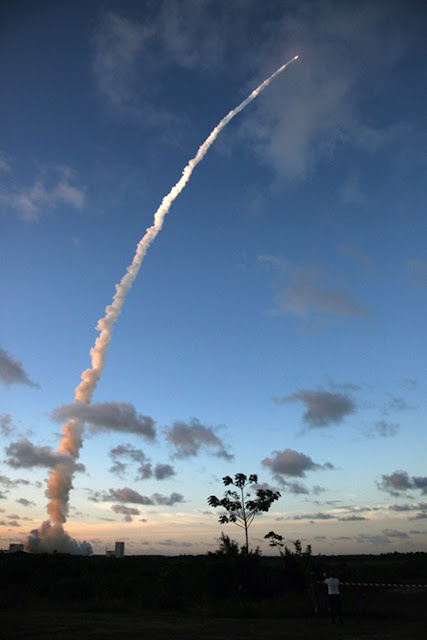 Both models gave surprisingly similar results. So far it has been thought that chlorine, which is converted from the oxidizer (ammonia perchlorate) in the solid booster fuel mixture, has had the main effect on ozone depletion in the immediate area where the plume is emitted.

The latest studies have shown that alumina particles, i.e., oxidised aluminium, which is also present in the solid rocket fuel, may also have a significant ozone depletion effect depending on the particle size.

"If the particles are on the micrometer scale they would quickly fall out of the sky and have little impact on the atmosphere. However, the smaller the particles, the higher their combined surface area and the longer they remain suspended in the air, which means that their potential catalytic effect in ozone reduction could also be much higher."

Therefore it is imperative that quantitative data is collected to be able to accurately measure and predict the impact by mathematical models.

The first step towards quantitative data is the kick-off of an activity organised in cooperation with DLR whereby a solid rocket motor model in a wind tunnel will be used to simulate the evolution of particles in a representative rocket chamber and to then interpolate this to the conditions at launch. From these measurements accurate models will be developed for predicting the development of alumina particles under real launch conditions.

So why not just use real launch data? "It is not that easy to make these measurements during a real launch and so far no data has been collected for European launchers. Up to now we have mainly been relying on data measured by NASA during launches in the 1990s, however, the representativeness of this data with respect to European launchers is questionable. This ultimately leaves us with the task of somehow collecting such flight data and it is something that we are discussing at length." 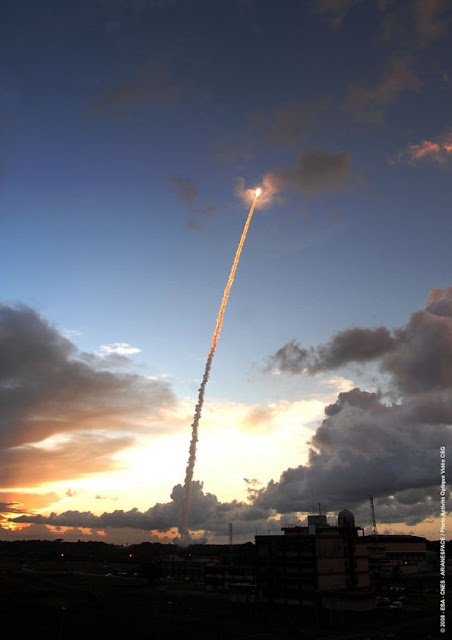 "Even when we are able to make real-time measurements during a launch it still is a large task to interpret this data correctly and extrapolate this to all launches, as daily changes in the atmosphere and the time of the launch are just a few parameters that severely influence the effect. Luckily we are working with some of Europe’s experts in climatology!"

The AtILa project aims to understand the impact of launching its rockets into space by modelling the rocket plumes from their origin in the rocket chamber up to their impact on a global scale using climate models. This is one of the projects that ESA carries out under the Clean Space initiative which has carried out life cycle assessments for the space industry in order to monitor the effect of each space project on the environment. Implementing eco-design strategies into every phase of a space project is the ultimate aim of this initiative.

What is Clean Space?: http://www.esa.int/Our_Activities/Space_Engineering_Technology/Clean_Space/What_is_Clean_Space

Why is it needed?: http://www.esa.int/Our_Activities/Space_Engineering_Technology/Clean_Space/Why_is_it_needed

What are its objectives?: http://www.esa.int/Our_Activities/Space_Engineering_Technology/Clean_Space/What_are_its_objectives