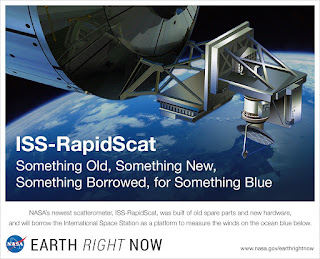 The RapidScat instrument that flies aboard the International Space Station measures surface wind speed and direction over ocean areas. On September 2, several sweeps over the Pacific Ocean provided a look at Typhoon Kilo in the northwestern Pacific Ocean, Hurricane Ignacio north of Hawaii, and Hurricane Jimena east of Ignacio and also in the Central Pacific Ocean.

From 1500 to 1800 UTC (11 a.m. to 2 p.m. EDT) RapidScat passed over all three storms in the Pacific. RapidScat data showed that the strongest sustained winds in all three storms were concentrated around the centers of circulation and were stronger than 30 meters per second (108 kph/67 mph).

The three swaths of data were made into this panorama by Doug Tyler of the RapidScat team at NASA's Jet Propulsion Laboratory, Pasadena, California. 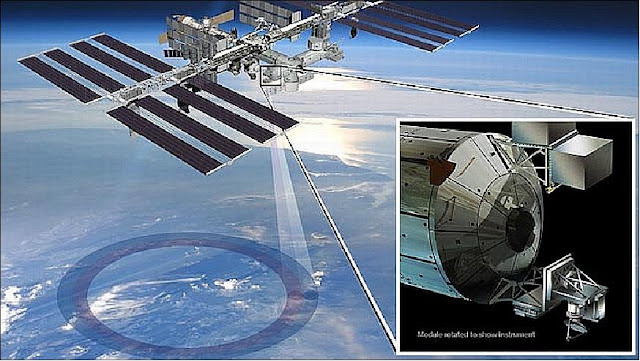 The ISS-RapidScat scatterometer is a radar instrument that operates at the microwave wavelength of 13.4 gigahertz. It bounces microwaves off the ocean surface and measures the echo strength. Several views of the same sea surface during the overflight of the instrument provide radar return signals that can be turned into estimates of wind speed and direction.

For information about each of these storms: