The “KOUNOTORI5” has successfully accomplished its main objective of shipping cargo to the International Space Station (ISS), and completed its 42-day mission. 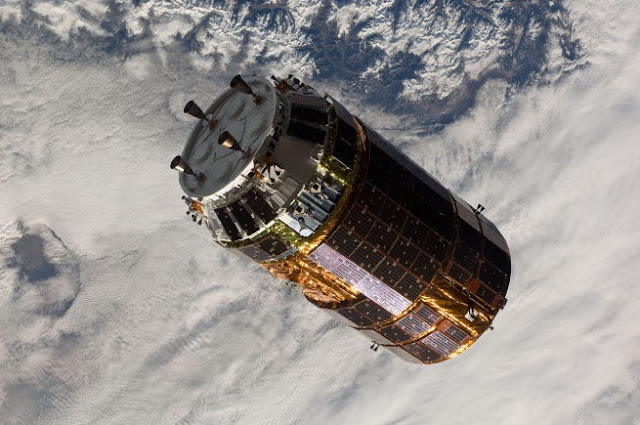 The estimated date/time for the re-entry and waterlanding are as follows (Japanese Standard Time): 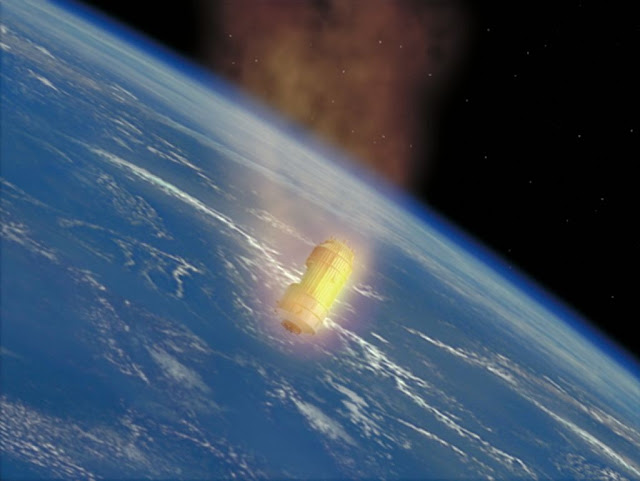 Today, we would like to announce that the H-II Transfer Vehicle “Kounotori5” (HTV5) has successfully re-entered the Earth after completing a de-orbit maneuver. The KOUNOTORI5 berthed at the International Space Station (ISS) on August 25, 2015, and remained docked for approximately 35 days. During that time, all pressurized and unpressurized cargoes were transferred to the ISS while KOUNOTORI5 was loaded with waste and experimental devices which had completed their roles. As of today’s re-entry, the KOUNOTORI5 mission was fully accomplished, marking its fifth consecutive success.

The KOUNOTORI has the biggest capability for cargo transportation in the world which supports the basis of ISS operations. Therefore, the mission received international acclaim and great expectations. Under such pressure, we completed the mission thanks to the combined efforts of Astronaut Yui, the JAXA ground operation team, and Astronaut Wakata from the NASA Mission Control Center. I believe that this success demonstrated Japan’s accumulated space capability and reliability to international society.

The KOUNOTORI5 carried not only necessities for ISS operations, but also experiment devices which enhance the capability of the Japanese Experiment Module “Kibo”. JAXA accelerates space experiments which contribute to Japan's national strategy of science and technology and promotes commercial utilization. Therefore, JAXA is planning to conduct various experiment by using devices such as the “Mouse Habitat Unit” for studying human’s aging mechanism using mice, the “Electrostatic Levitation Furnace” for measuring the thermophysical properties of high-temperature melts covering metals to insulators, and the “Calorimetric Electron Telescope (CALET)” for closing in upon the mysteries of dark matter. ISS crew members, including Astronaut Yui and the ground operation team, are preparing experiments with these devices.

Finally, I would like to thank every domestic and international organization and Japanese citizens for supporting us on this mission.