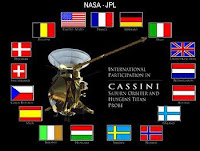 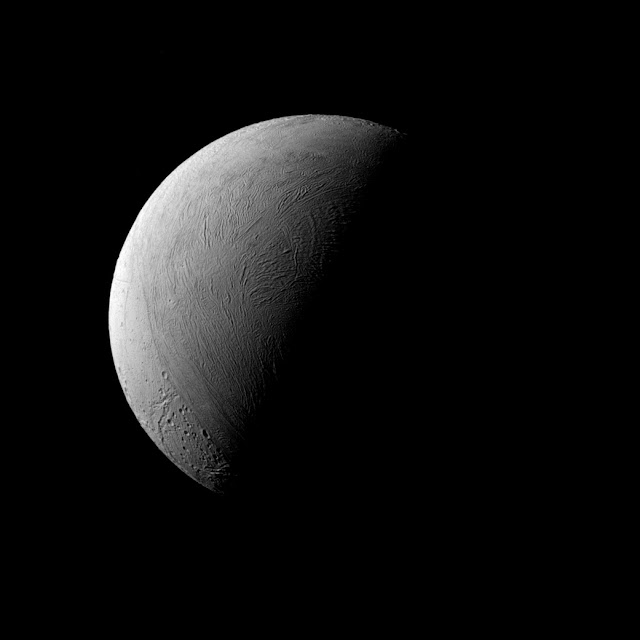 This half-lit view of Enceladus bears a passing resemblance to similar views of Earth's own natural satellite, but the similarities end there. Earth's rocky moon is covered in dark, volcanic basins and brighter, mountainous highlands -- both exceedingly ancient. The surface of icy Enceladus is uniformly bright, far brighter than Earth's moon. Large areas of Enceladus' surface are characterized by youthful (on geologic timescales), wrinkled terrains.

Although the north pole of Enceladus (313 miles or 504 kilometers across) was dark when Cassini arrived at Saturn, the march of the seasons at Saturn have brought sunlight to the north and taken it from the south.

This view looks toward the leading hemisphere of Enceladus. North on Encealdus is up. The image was taken in visible light with the Cassini spacecraft narrow-angle camera on Sept. 8, 2015.