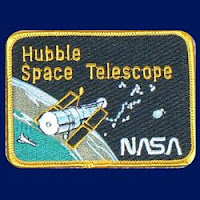 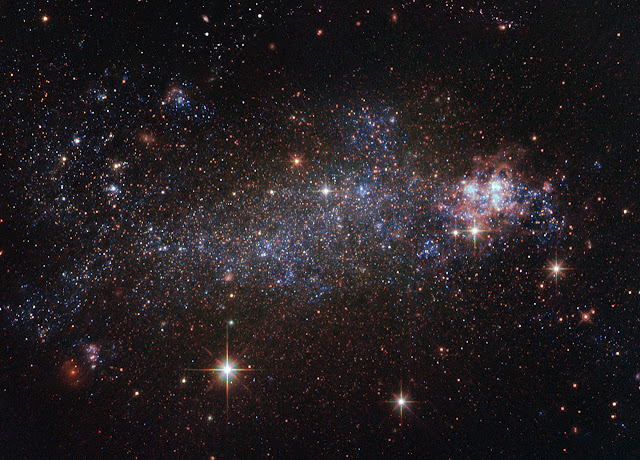 Most galaxies possess a majestic spiral or elliptical structure. About a quarter of galaxies, though, defy such conventional, rounded aesthetics, instead sporting a messy, indefinable shape. Known as irregular galaxies, this group includes NGC 5408, the galaxy that has been snapped here by the NASA/ESA Hubble Space Telescope.

John Herschel recorded the existence of NGC 5408 in June 1834. Astronomers had long mistaken NGC 5408 for a planetary nebula, an expelled cloud of material from an aging star. Instead, bucking labels, NGC 5408 turned out to be an entire galaxy, located about 16 million light-years from Earth in the constellation of Centaurus (The Centaur).

In yet another sign of NGC 5408 breaking convention, the galaxy is associated with an object known as an ultraluminous X-ray source, dubbed NGC 5408 X-1, one of the best studied of its class. These rare objects beam out prodigious amounts of energetic X-rays. Astrophysicists believe these sources to be strong candidates for intermediate-mass black holes. This hypothetical type of black hole has significantly less mass than the supermassive black holes found in galactic centers, which can have billions of times the mass of the sun, but have a good deal more mass than the black holes formed when giant stars collapse.