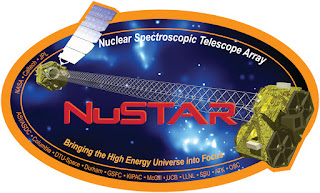 Supermassive black holes in the universe are like a raucous choir singing in the language of X-rays. When black holes pull in surrounding matter, they let out powerful X-ray bursts. This song of X-rays, coming from a chorus of millions of black holes, fills the entire sky -- a phenomenon astronomers call the cosmic X-ray background.

NASA's Chandra mission has managed to pinpoint many of the so-called active black holes contributing to this X-ray background, but the ones that let out high-energy X-rays -- those with the highest-pitched "voices" -- have remained elusive. 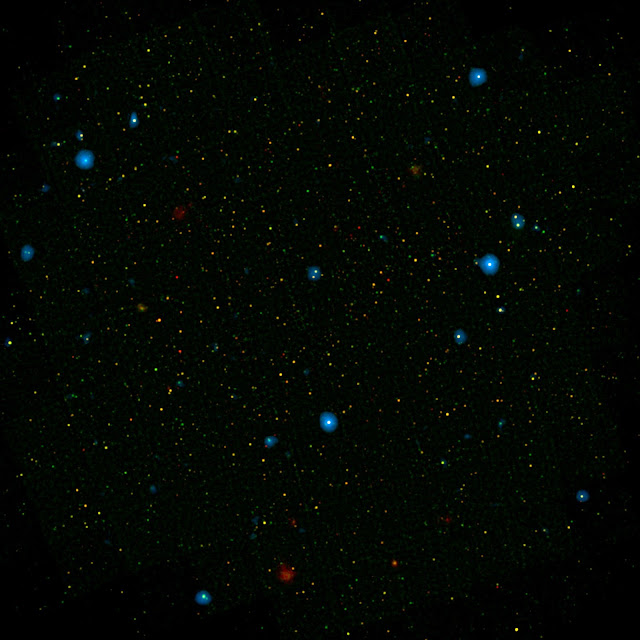 New data from NASA's Nuclear Spectroscopic Telescope Array, or NuSTAR, have, for the first time, begun to pinpoint large numbers of the black holes belting out the high-energy X-rays. Or, in astronomer-speak, NuSTAR has made significant progress in resolving the high-energy X-ray background.

"We've gone from resolving just two percent of the high-energy X-ray background to 35 percent," said Fiona Harrison, the principal investigator of NuSTAR at Caltech in Pasadena and lead author of a new study describing the findings in an upcoming issue of The Astrophysical Journal.  "We can see the most obscured black holes, hidden in thick gas and dust."

The results will ultimately help astronomers understand how the feeding patterns of supermassive black holes change over time. This is a key factor in the growth of not only black holes, but also the galaxies that host them. The supermassive black hole at the center of our Milky Way galaxy is dormant now, but at some point in the past, it too would have siphoned gas and bulked up in size.

As black holes grow, their intense gravity pulls matter toward them. The matter heats up to scorching temperatures, and particles get boosted to close to the speed of light. Together, these processes make the black hole surroundings glow with X-rays. A supermassive black hole with a copious supply of fuel, or gas, will give off more high-energy X-rays. 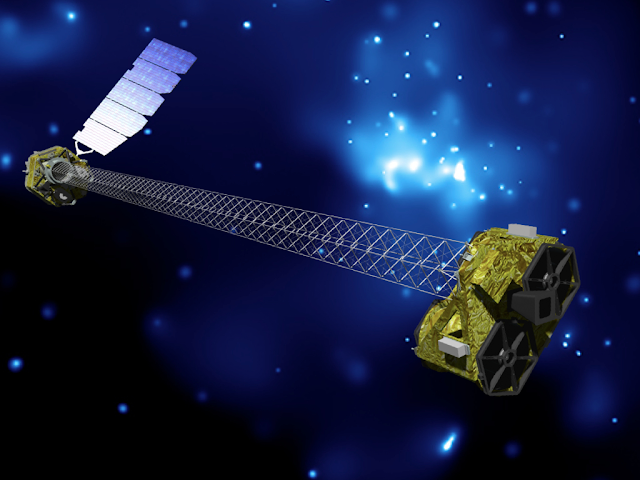 NuSTAR is the first telescope capable of focusing these high-energy X-rays into sharp pictures.

"Before NuSTAR, the X-ray background in high energies was just one blur with no resolved sources," said Harrison. "To untangle what's going on, you have to pinpoint and count up the individual sources of the X-rays."

"We knew this cosmic choir had a strong high-pitched component, but we still don't know if it comes from a lot of smaller, quiet singers, or a few with loud voices," said co-author Daniel Stern, the project scientist for NuSTAR at NASA's Jet Propulsion Laboratory in Pasadena, California. "Now, thanks to NuSTAR, we're gaining a better understanding of the black holes and starting to address these questions."

High-energy X-rays can reveal what lies around the most buried supermassive black holes, which are otherwise hard to see. In the same way that medical X-rays can travel through your skin to reveal pictures of bones, NuSTAR can see through the gas and dust around black holes, to get a deeper view of what's going on inside.

With NuSTAR's more complete picture of the supermassive black hole populations, astronomers can begin to puzzle together how they evolve and change over time. When did they start and stop feeding? What is the distribution of the gas and dust that both feed and hide the black holes?

The team expects to resolve more of the high-energy X-ray background over time with NuSTAR -- and better decipher the X-ray voices of our universe's rowdiest choir.

NuSTAR is a Small Explorer mission led by Caltech and managed by JPL for NASA's Science Mission Directorate in Washington. NuSTAR was developed in partnership with the Danish Technical University and the Italian Space Agency (ASI). The spacecraft was built by Orbital Sciences Corp., Dulles, Virginia. NuSTAR's mission operations center is at UC Berkeley, and the official data archive is at NASA's High Energy Astrophysics Science Archive Research Center. ASI provides the mission's ground station and a mirror archive. JPL is managed by Caltech for NASA.