On Sept. 15, 2016, NASA’s Magnetospheric Multiscale, or MMS, mission achieved a new record: Its four spacecraft are flying only four-and-a-half miles apart, the closest separation ever of any multi-spacecraft formation. The previous record was first set by MMS in October 2015, when the spacecraft achieved a flying separation of just over six miles apart.

The four MMS spacecraft fly in a pyramid shape, with one satellite marking each corner. This shape, called a tetrahedron, allows MMS to capture three-dimensional observations of magnetic reconnection – critical for fully understanding this process. Magnetic reconnection happens when magnetic fields pinch off and explosively reconfigure, sending particles zooming in all directions. It’s thought to happen throughout the universe, and is one of the few ways that material is energized in space. 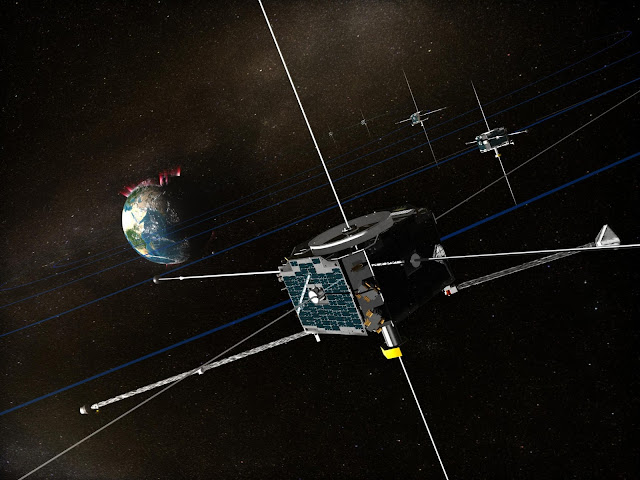 MMS’ new, closer formation will allow the spacecraft to measure magnetic reconnection at smaller scales, helping scientists understand this phenomenon on every level.