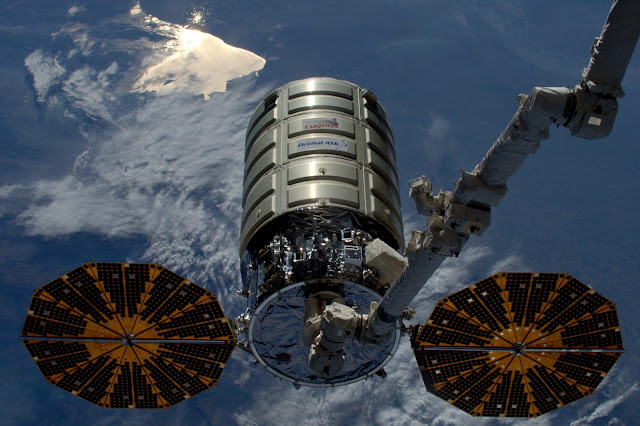 Expedition 50 robotic arm operators Shane Kimbrough of NASA and Thomas Pesquet of ESA (European Space Agency) commanded the International Space Station’s Candadarm2 robotic arm to release the Cygnus spacecraft at 8:22 a.m. EST while the space station was flying 251 miles over the Pacific Ocean, off the west cost of Columbia. Earlier, ground controllers detached Cygnus from the station and maneuvered it into place for its departure.

Once Cygnus is a safe distance away from the station, ground controllers at Glenn Research Center in Cleveland, Ohio and at Orbital ATK in Dulles, Virginia, will activate the Saffire-II experiment.

The spacecraft will remain in orbit until Sunday, Nov. 27, when its engines will fire twice, pushing it into Earth’s atmosphere, where it will burn up over the Pacific Ocean.