Imagine sending a spacecraft the size of an airline cabin bag to the Moon – what would you have it do? ESA issued that challenge to European teams last year, and two winners have now been chosen. 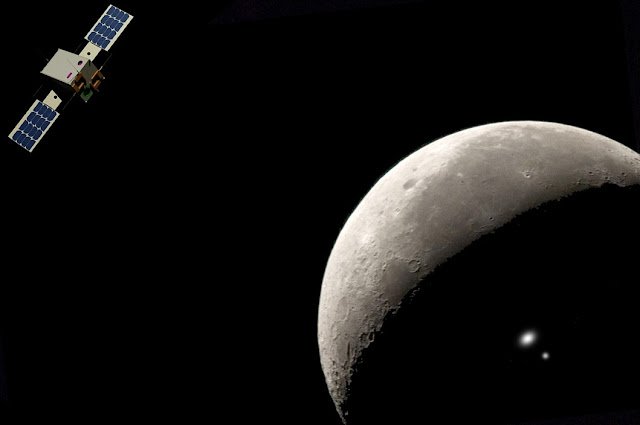 The Lunar Meteoroid Impact Orbiter, or Lumio for short, would circle over the far side of the Moon to detect bright impact flashes during the lunar night, mapping meteoroid bombardments as they occur.

The other, the Lunar Volatile and Mineralogy Mapping Orbiter, or VMMO, would focus on a permanently shadowed crater near the lunar south pole, searching out deposits of water ice and other volatiles of interest to future colonists, while also measuring lunar radiation. 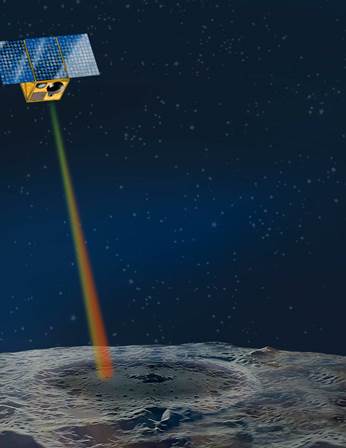 “It was a difficult process to select these final winners, because the high quality of all the concept studies we received – and especially our four semi-finalists,” explains Roger Walker, ESA’s technology CubeSat manager.

European companies, universities and research centres teamed up to design lunar missions to fit within the low-cost CubeSat standard – built up from 10 cm- cubes.

Roger adds: “The idea behind our lunar CubeSat competition was challenging – up until now CubeSats have operated solely within Earth orbit. However, opportunities should open up to piggyback to the Moon in the coming decade, with circumlunar flights of the NASA–ESA Orion spacecraft and planned commercial flights.”

The two winners were chosen after final presentations within ESA’s advanced multimedia centre used to design all Agency missions. They now have the chance to work with ESA specialists on mission development during February and March.

The impact-tracking Lumio is a single 12-unit CubeSat, conceived by a consortium including Politecnico di Milano; TU Delft, EPFL, S[&]T Norway, Leonardo-Finnmeccanica and the University of Arizona.

Orbiting a special point in space, Lumio’s sophisticated optical camera would detect impacts on the Moon’s far side. Such near-side flashes are mapped by telescopes on Earth during the night, but the Moon’s other face is a blind spot.

Away from the stray light of the terrestrial environment, very faint flashes should be detectable, improving our understanding of past and present meteoroid patterns across the Solar System. Such an observation system could also develop into a system offering early warning to future settlers.

VMMO, developed by MPB Communications Inc, Surrey Space Centre, University of Winnipeg and Lens R&D, also adopts a 12-unit CubeSat design. Its miniaturised laser would probe its primary target of Shackleton Crater, adjacent to the South Pole, for measuring the abundance of water ice. The region inside the crater is in permanent darkness, allowing water molecules to condense and freeze there in the very cold conditions.

Scanning a 10 m-wide path, VMMO would take around 260 days to build a high-resolution map of water ice inside the 20 km-diameter crater. Its laser would also beam high-bandwidth data back to Earth through an optical communications experiment. 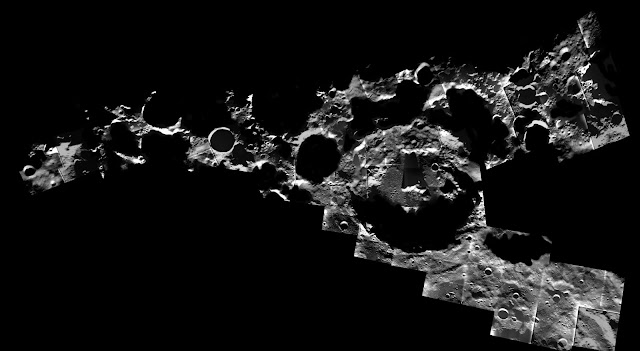 VMMO would also map lunar resources such as minerals as it overflew sunlit regions, as well as monitoring the distribution of ice and other volatiles across darkened areas to gain understanding of how condensates migrate across the surface during the two-week lunar night.

A secondary radiation-detecting payload would build up a detailed model of the radiation environment for the benefit of follow-on mission hardware – as well as human explorers.

“This competition – run through ESA’s SysNova Challenge scheme – has helped to bring together lunar and CubeSat specialists,” adds ESA’s Ian Carnelli. “This means Europe’s space sector should be more able to take advantages of such flight opportunities as they arise in future.”

The runner-up missions were the radiation-analysing MoonCARE and the far-side radio astronomy CLE.