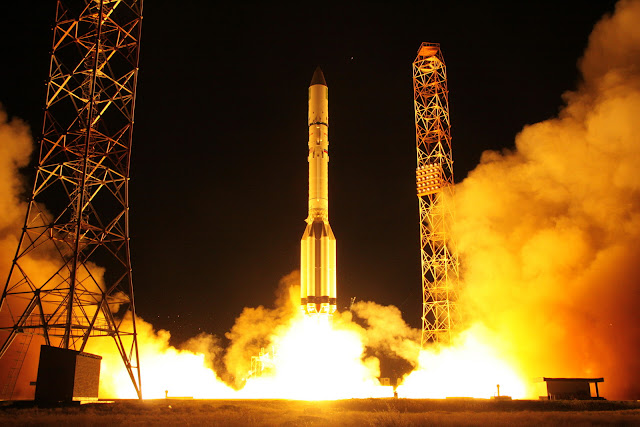 Russia’s Proton-M rocket made its first flight in six months Thursday, on track to deploy a Blagovest military communications satellite. Launch occurred from the Baikonur Cosmodrome in Kazakhstan at 04:12 local time (22:12 UTC on Wednesday), ahead of over nine hours of flight to deployment of its passenger.

Thursday’s launch is carrying the Blagovest No.12L satellite, the second spacecraft in a new series of communications satellites for Russia’s Ministry of Defence. After launch the satellite is likely to be renamed Kosmos 2526 under the designation scheme that Russia uses for its military spacecraft. Few details about the spacecraft have been made public.

Blagovest – meaning Good News – is a project that has been funded by the Russian military. Each satellite carries a payload of Ka and Q-band transponders. Although the satellites are being launched for the Ministry of Defence, they are reportedly equipped for telephony, broadcasting and internet services – which will support a dual-use mission with commercial service as well as linking Russia’s military bases. 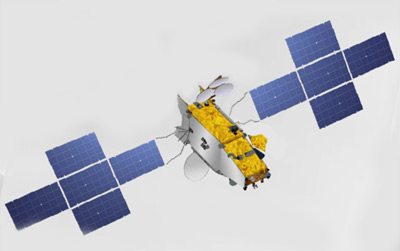 The Blagovest spacecraft are built by ISS Reshetnev – the successor to the Soviet-era NPO PM design bureau that was headed by Mikhail Reshetnev. Blagovest is based around the Ekspress 2000 bus that has previously been used for the civilian Ekspress-AM5 and AM6 and Yamal 401 satellites. Once in orbit the satellite will deploy a pair of solar arrays to generate power. It is expected to remain in service for fifteen years.

The Blagovest constellation is expected to consist of at least four satellites in geostationary orbit. It will include spacecraft at longitudes of 45 and 128 degrees East – Kosmos 2520 operates at 45 degrees East.