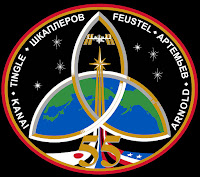 The Orbital ATK Cygnus cargo craft that will resupply the Expedition 55 crew on the International Space Station rolled out to its launch pad Thursday night. Cygnus is now targeted to blast off atop the Antares rocket Monday at 4:39 a.m. EDT from Wallops Flight Facility in Virginia. NASA TV will begin its live broadcast of the launch Monday at 4 a.m.

Cygnus is packed with 7,400 pounds of new science experiments, crew supplies and space station hardware. It is scheduled to arrive Thursday at the space station for its robotic capture at 5:20 a.m. NASA TV will cover the approach and rendezvous activities starting at 3:30 a.m. 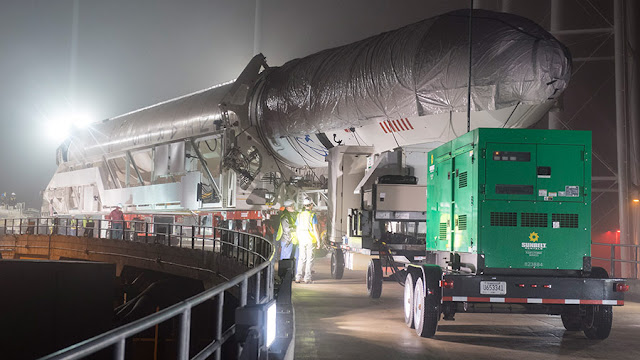 Image above: The Antares rocket from Orbital ATK makes its way to the launch pad at Wallops Flight Facility in Virginia. The Antares will launch the Cygnus spacecraft on a cargo resupply mission to the International Space Station. Image Credit: Orbital ATK.

Three NASA astronauts, Scott Tingle, Ricky Arnold and Drew Feustel, have trained for weeks to get ready for Cygnus’ arrival on Thursday. Tingle will be operating the Canadarm2 from inside the Cupola and command the robotic arm to grapple Cygnus. Arnold will back him up on the robotics controls and Feustel will monitor Cygnus and it systems during its approach. Robotics engineers on the ground will then remotely install the commercial space freighter on the Earth-facing port of the Unity module later Thursday morning.

One of the new experiments being delivered aboard Cygnus to the orbital laboratory will study atoms frozen to a temperature 10 billion times colder than deep space. The Cold Atom Lab will observe the quantum phenomena possibly leading to advanced spacecraft navigation techniques and quantum sensors that can detect gravitational and magnetic fields.

Science Launching to Space Station Looks Forward and Back
https://orbiterchspacenews.blogspot.ch/2018/05/science-launching-to-space-station.html