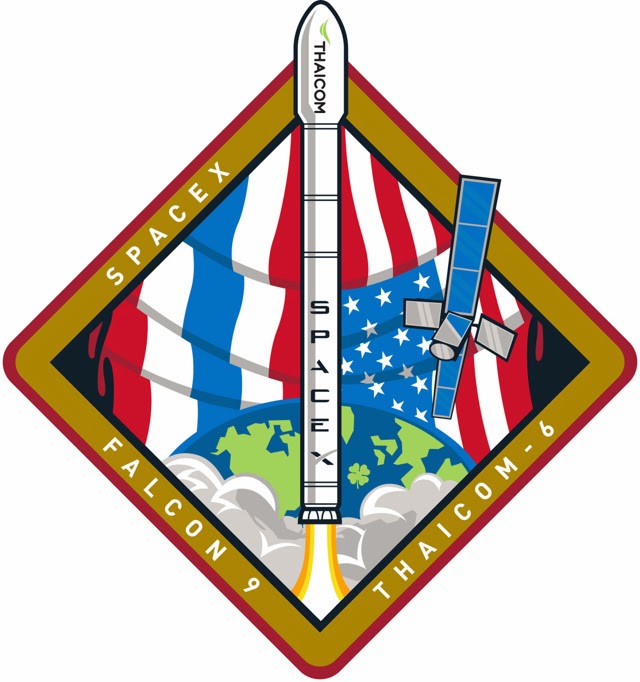 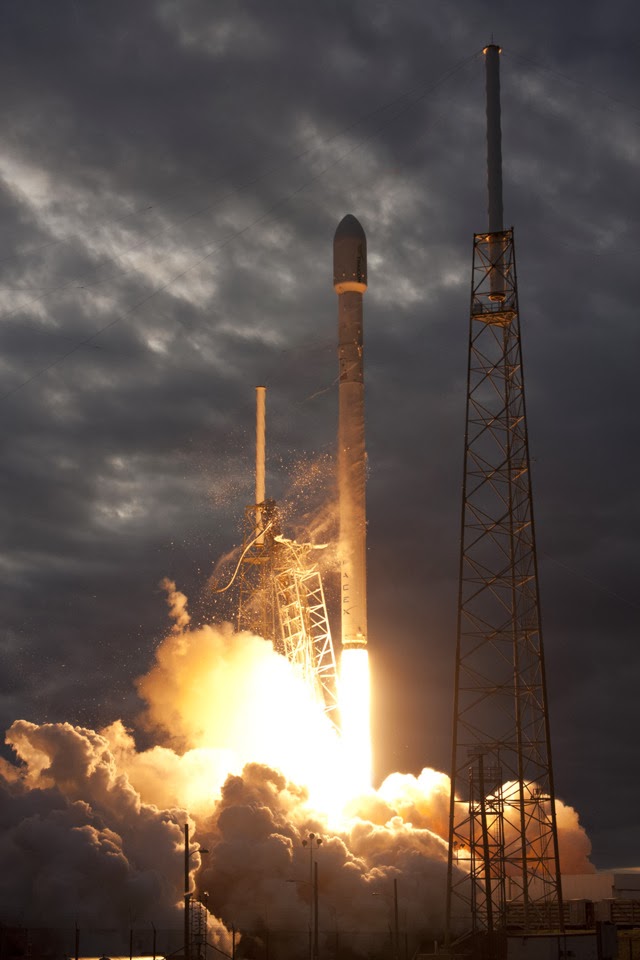 Falcon 9 lifted off from Space Launch Complex 40 (SLC-40) at 5:06 PM Eastern Time.  Approximately 184 seconds into flight, Falcon 9’s second stage’s single Merlin vacuum engine ignited to begin a five minute, 35 second burn that delivered the THAICOM 6 satellite into its parking orbit. Eighteen minutes after injection into the parking orbit, the second stage engine relit for just over one minute to carry the THAICOM 6 satellite to its final geostationary transfer orbit.  The restart of the Falcon 9 second stage is a requirement for all geostationary transfer missions.

“Today’s successful launch of the THAICOM 6 satellite marks the eighth successful flight in a row for Falcon 9,” said Gwynne Shotwell, President of SpaceX. “SpaceX greatly appreciates THAICOM’s support throughout this campaign and we look forward to a busy launch schedule in 2014.”

The THAICOM 6 mission marks Falcon 9’s second flight to a geosynchronous transfer orbit and begins a regular cadence of launches planned for SpaceX in 2014. SpaceX has nearly 50 launches on manifest, of which over 60% are for commercial customers. 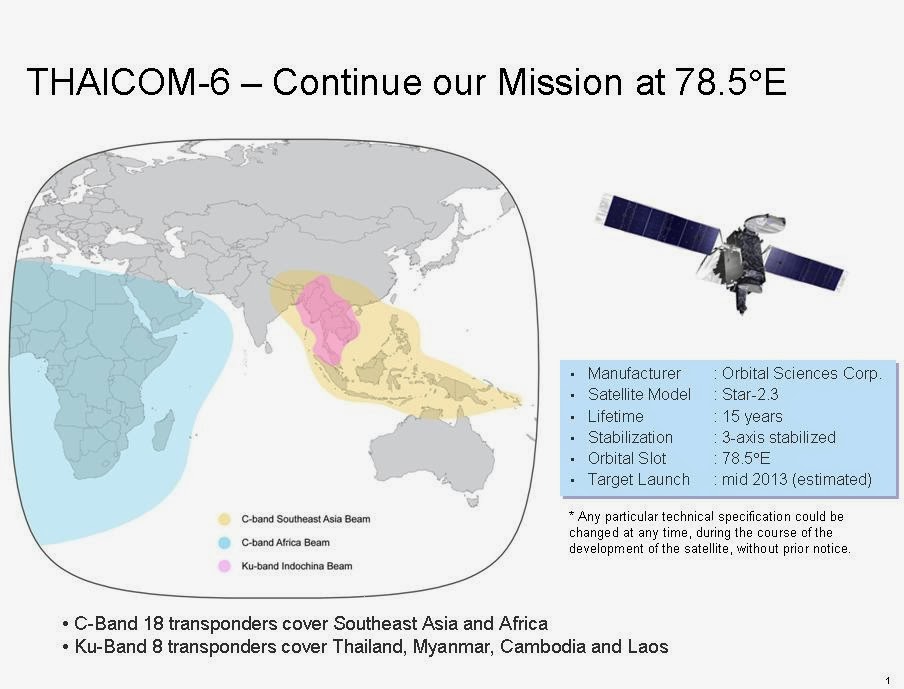 This launch also marks the third of three qualification flights needed to certify the Falcon 9 to fly missions under the Evolved Expendable Launch Vehicle (EELV) program. Once Falcon 9 is certified, SpaceX will be eligible to compete to launch national security satellites for the U.S. Air Force.

SpaceX designs, manufactures, and launches the world's most advanced rockets and spacecraft. The company was founded in 2002 by Elon Musk to revolutionize space transportation, with the ultimate goal of enabling people to live on other planets. Today, SpaceX is advancing the boundaries of space technology through its Falcon launch vehicles and Dragon spacecraft. SpaceX is a private company owned by management and employees, with minority investments from Founders Fund, Draper Fisher Jurvetson, and Valor Equity Partners. The company has more than 3,000 employees in California, Texas, Washington, D.C., and Florida. For more information, visit http://www.spacex.com