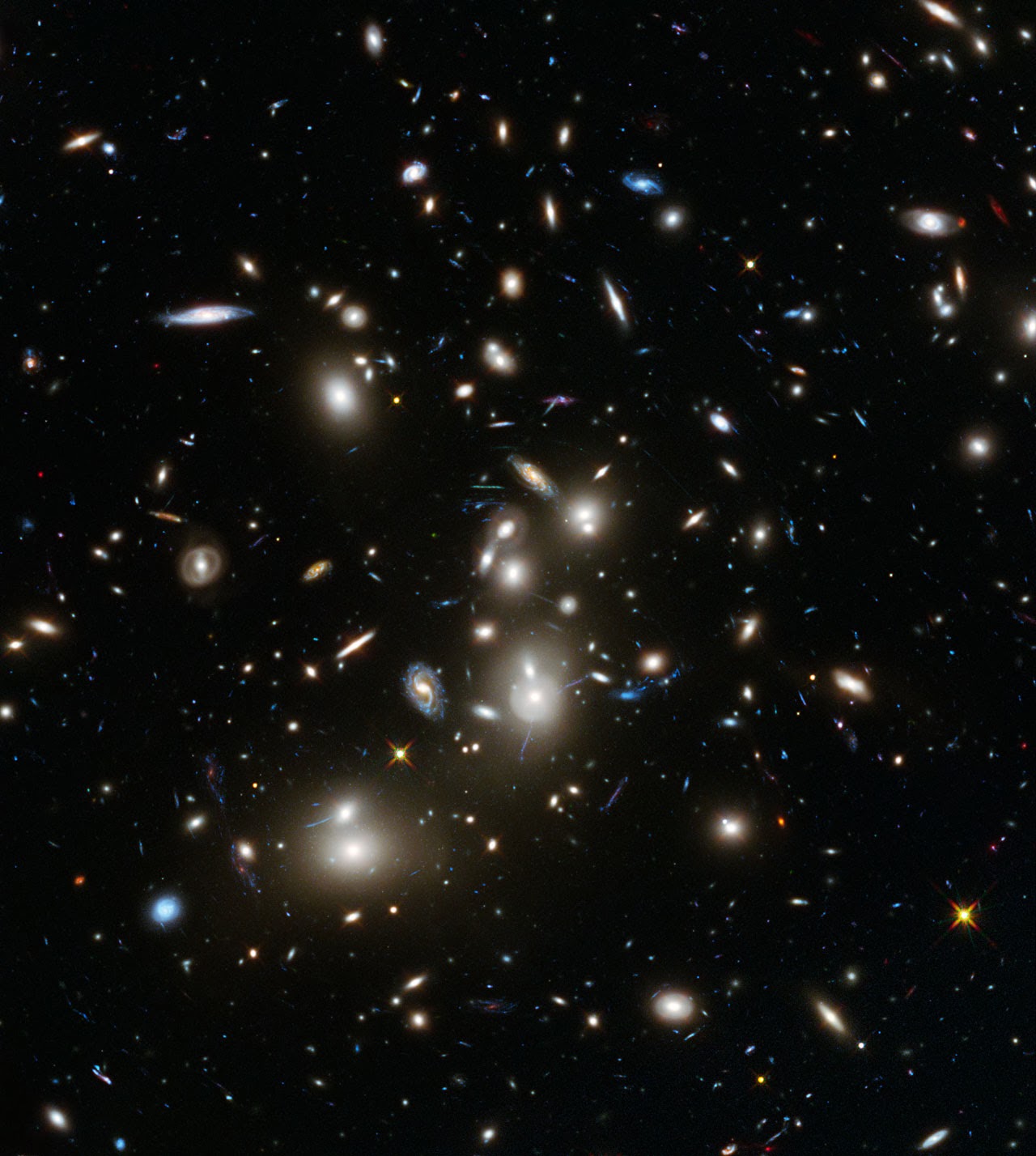 This image of Abell 2744 is the first to come from Hubble's Frontier Fields observing programme, which is using the magnifying power of enormous galaxy clusters to peer deep into the distant Universe. Abell 2744, nicknamed Pandora's Cluster, is thought to have a very violent history, having formed from a cosmic pile-up of multiple galaxy clusters.

Astronomers previously observed Abell 2744 with the NASA/ESA Hubble Space Telescope back in 2011, exploring the cluster's history. They found that at least four galaxy clusters had crashed into one another to form Abell 2744, causing some weird and wonderful effects. This mix of cosmic phenomena, some of which had never been seen before, led to the nickname of Pandora's Cluster (heic1111).

A mix of hazy elliptical galaxies and colourful spirals can be seen clumping together in the centre of this image. The effects of the cluster's gravity can be seen in the blue arcs and distorted shapes that are scattered across the frame, including galaxies that seem to be bleeding into the surrounding space. The arcs are actually the distorted images of galaxies far in the distance.

Abell 2744 is the first of six targets for an observing programme known as Frontier Fields. This three-year, 840-orbit programme [1] will yield our deepest views of the Universe to date, using the power of Hubble to explore more distant regions of space than could otherwise be seen, by observing gravitational lensing effects around six different galaxy clusters.

Gravitational lensing is a phenomenon caused by an object's influence on the space-time around it. Massive objects like galaxy clusters [2] warp and distort this space-time. This causes light from more distant objects hidden behind this makeshift lens to be deflected and bent, leading to a bizarre array of optical effects — for example, it caused a cosmic space invader to appear around cluster Abell 68 (heic1304) by creating mirror images of one galaxy, as well as smearing galaxies out into arcs, and creating multiple images of individual objects. 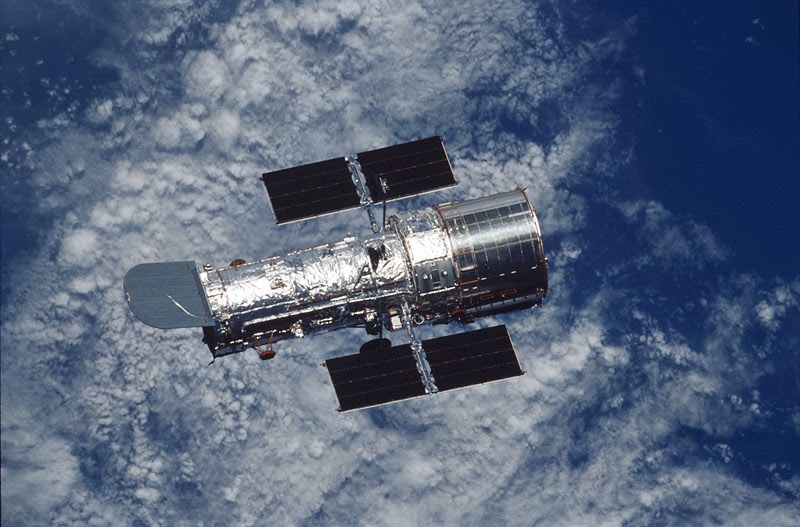 As well as creating these weird shapes, lensing also magnifies the images so that astronomers can see more detail. This means that distant objects that otherwise would be too distant and faint to be seen become visible — something that Frontier Fields aims to exploit over the coming years.

Some results from this programme are already starting to emerge, with Abell 2744 as the first target. In a new paper submitted to The Astrophysical Journal on 29 November 2013 (available on the ArXiv Preprint Server), a group of astronomers detected a large number of distant, gravitationally lensed galaxy candidates — all viewed through Abell 2744, with the galaxy cluster acting as a lens. They also found that five of these candidates are part of distant systems that appear to have been imaged multiple times due to the cluster's gravitational lensing effects. These deep surveys using massive galaxy clusters like Abell 2744 show that looking through cosmic lenses can be an effective and useful way to study the distant Universe. For more information on gravitational lensing see Hubblecast 70: Peering around cosmic corners.

This image is part of the first set of super-deep views of the Universe obtained by the Frontier Fields observing program, and is being released today, 7 January 2014, at the 223rd meeting of the American Astronomical Society in Washington, DC, USA.

[1] A typical Hubble observing programme lasts from a few to a few tens of orbits.

[2] All objects that have mass affect the space around them in this way, but huge clumps of mass like galaxy clusters do so more strongly.