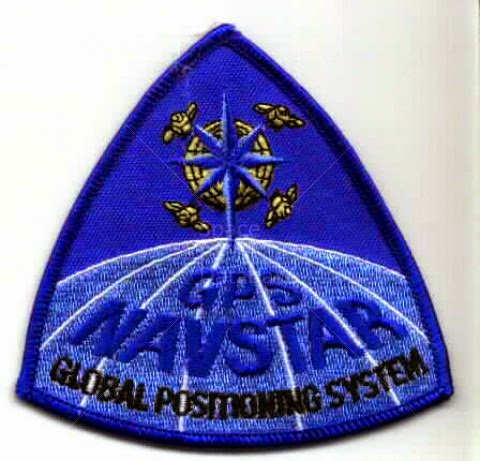 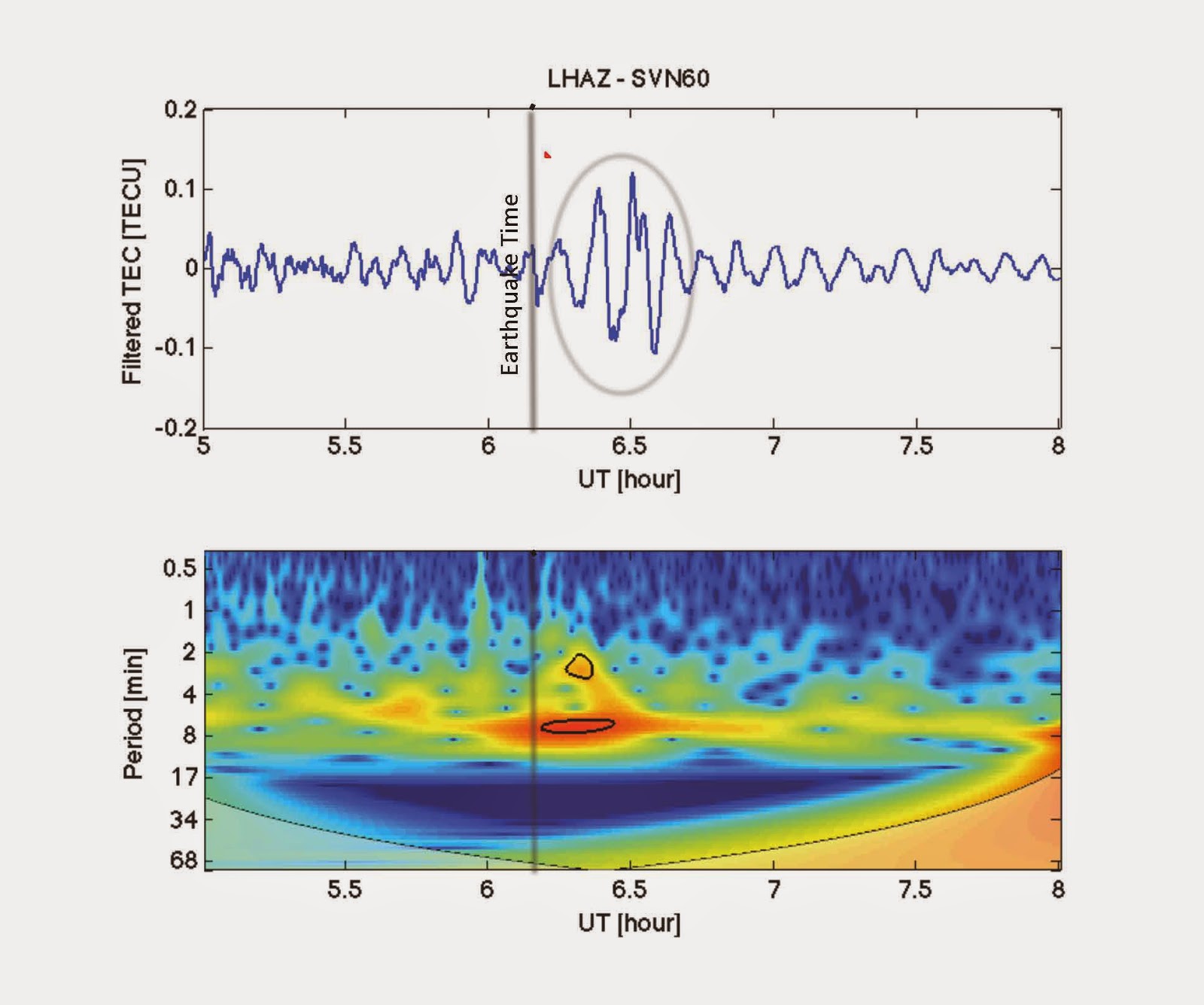 The April 25, 2015, magnitude 7.8 Gorkha earthquake in Nepal created waves of energy that penetrated into Earth's upper atmosphere in the vicinity of Nepal, disturbing the distribution of electrons in the ionosphere. The ionosphere is a region of Earth's upper atmosphere located from about 37 miles (60 kilometers) to 621 miles (1,000 kilometers) above Earth’s surface. These disturbances were monitored using signals transmitted by the Global Positioning System (GPS) that were received by a science-quality GPS receiver located in a neighboring region to Nepal.

The disturbance measurements, known as vertical total electron content (VTEC) (depicted in blue in the upper panel), have been filtered using processing software developed by NASA’s Jet Propulsion Laboratory, Pasadena, California, to show wave-like disturbances (circled in red) in the distribution of electrons in the ionosphere. The waves have periods of between two and eight minutes in length. The disturbance measurements following the earthquake rupture are circled in black in the lower panel. The colors represent the relative strengths of the earthquake-induced ionospheric disturbances as captured by the GPS signals, with red being high and blue being low.

The data show that after the initial earthquake rupture (indicated by the vertical black line) it took about 21 minutes for the earthquake-generated ionospheric disturbance to reach a GPS station (LHAZ), located about 400 miles (640 kilometers) away from the epicenter in Lhasa, Tibet, China. The station is hosted at the Tibet Autonomous Regional Bureau of Surveying and Mapping Institute. The site collects both GPS and GLONASS (the Russian global navigation satellite system) data at a rate of 1 Hertz and is part of an international scientific collaboration known as the International GPS Service (IGS) (http://igs.org/igsnetwork/network_by_site.php?site=lhaz).