Proton To Return to Flight in December

Russia’s Proton rocket will return to service at the end of December to launch a large commercial telecommunications satellite following a government inquiry that found the vehicle’s Dec. 5 failure was caused by overfueling of its upper stage, Russian and International Launch Services (ILS) officials said Dec. 10. 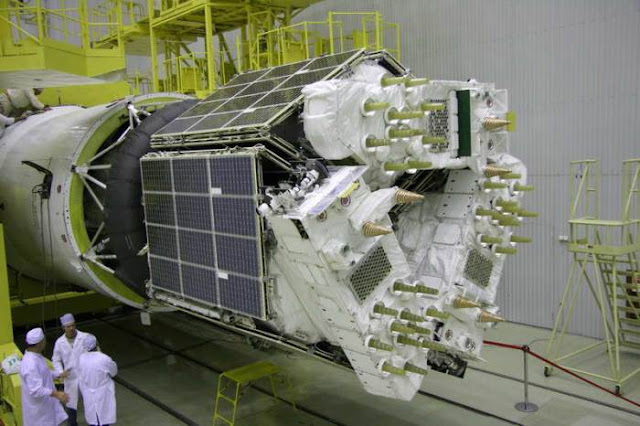 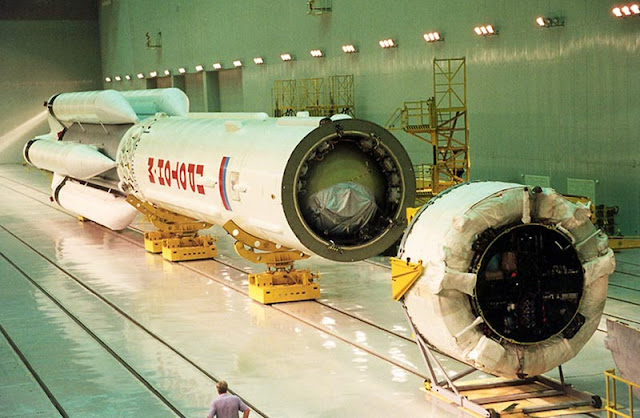 Proton and block DM upper stage
The Russian space agency, Roscosmos, on Dec. 10 confirmed the commission’s preliminary finding that the three Proton stages need not be grounded. A final report is due as soon as the week of Dec. 13.

As a result of the excess fuel, the Proton’s third stage, suffering from the additional weight it was carrying, underperformed, placing the Block DM stage and the stack of Glonass satellites into a lower-than-planned, suborbital drop-off point.

ILS is owned by Khrunichev State Research and Production Space Center of Moscow, which is prime contractor for Proton’s three lower stages as well as for the Breeze M upper stage.

In an interview, Bonner said ILS will spend the week of Dec. 13 in Moscow reviewing the state commission’s findings. After consulting with insurance underwriters and with Paris-based Eutelsat, whose Ka-Sat satellite is ILS’s next Proton passenger, Ka-Sat’s launch will be moved from Dec. 20 to between Dec. 27 and Dec. 30, he said. 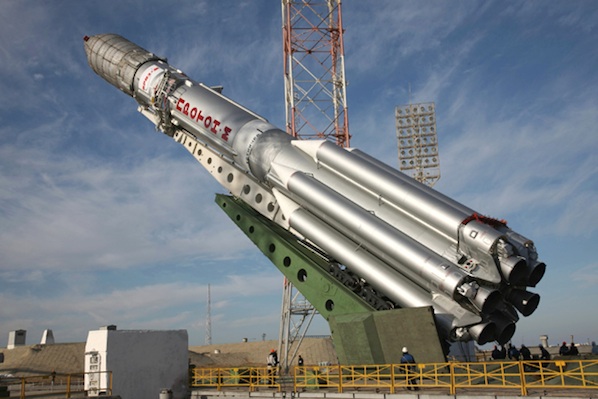 Proton erection on the launch-pad
“We will be there to do our due diligence and to review the state commission’s findings,” Bonner said. “Our assumption now is that this will cause a delay of seven or eight, or up to 10 days.”

Russian holidays the first week of January argue against planning a launch during that period.

The state commission investigating the failure was led by G.G. Raikunov, director general of Russia’s state-owned TsNIIMash space engineering services company. In a statement of preliminary findings that Raikunov signed Dec. 10, the commission says: “[Telemetry] data analyses … show that no issues with the functioning of [Proton’s three-stage] systems and assemblies have been detected .… In view of the above, the Interdepartmental Commission deems it possible to proceed with further technical facility processing operations of [the launch vehicle] to launch … Ka-Sat per the approved schedule.”