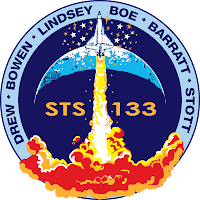 Mission Specialists Steve Bowen and Al Drew also moved a pump module vent tool, installed a camera wedge, relocated a tool stanchion and worked with a Japanese project to bring a bit of space back to Earth. 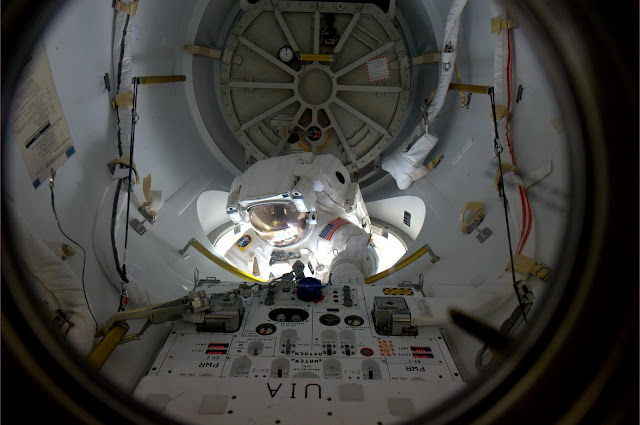 A Good Day for a Spacewalk
After the spacewalk, spacecraft communicator Stanley Love radioed the joint crew that mission managers have approved an extra day for the shuttle mission to set up the new Permanent Multipurpose Module that will be installed on the Unity module’s Earth-facing port tomorrow. The International Space Station mission management team is expected to make a decision Tuesday about a proposed Soyuz fly-about later in the mission.

The excursion began at 9:46 a.m. CST when the spacewalkers switched their suits to battery power. The first task was to install the extension cable between the Unity and Tranquility nodes. That included work in an area that will be inaccessible after the Leonardo Permanent Multipurpose Module is in place.

Video above: The first EVA of STS-133 was completed on Flight Day 5 by astronauts Steve Bowen and Al Drew. The two installed equipment on numerous positions outside the International Space Station.

Drew then retrieved a tool to be used on Wednesday’s spacewalk to remove ammonia from the failed pump. Bowen installed a foot restraint on the station arm to get ready for the module’s move from the arm’s mobile base to a more permanent position on an external stowage platform near the airlock. The work was delayed slightly by a problem with the robotic arm controls in the cupola, but Barratt and Kelly moved to a duplicate control center in the Destiny Laboratory to complete their work with Canadarm2.

The astronauts then removed tether and cart stoppers along the railway of the mobile transporter, and lengthened the track with an extension on each rail.

Near the end of the spacewalk both astronauts worked with the Japanese “Message in a Bottle.” They opened a metal canister, autographed by astronauts, to capture a bit of the vacuum of space, then sealed it. The canister will return on Discovery for display.

The spacewalk was the sixth for Bowen and the first for Drew. On leaving the airlock, Drew became the 200th human to walk in space.

Inside the shuttle and station, transfer of equipment continued between the docked spacecraft. The extra day will allow more time to transfer supplies and leave the station in the best possible posture. 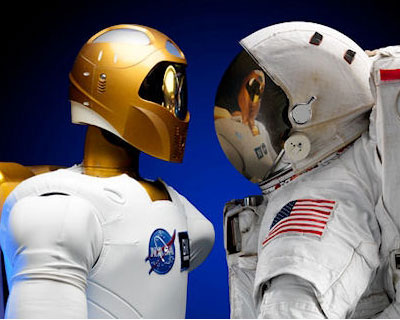 Eventually, Robonaut 2 will be able to perform EVAs (spacewalks)
With the one-day extension in place, the winners of the "Top 40 Song Contest" now are set to be played early next week. On Monday, March 7, the "Theme from Star Trek," which finished second in the contest, will serve as a wake-up song for the shuttle crew. On Tuesday, March 8, "Blue Sky" by Big Head Todd and the Monsters will be played as the most requested song to wake up shuttle Discovery's crew.