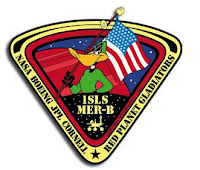 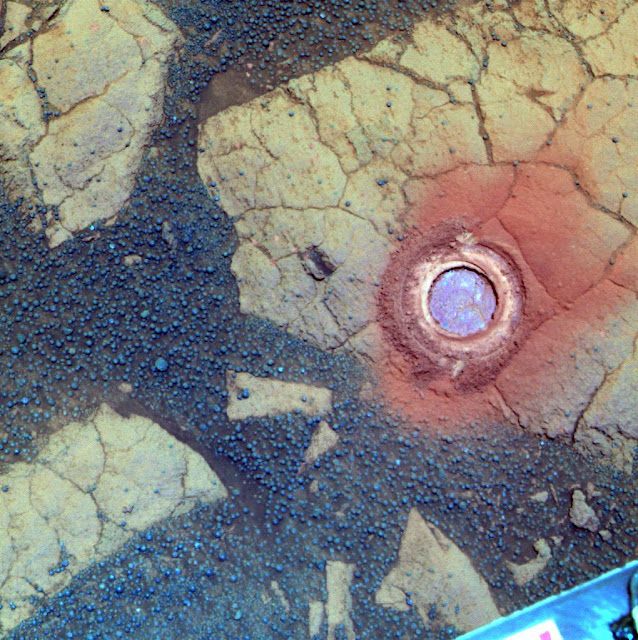 In this image from 2005, NASA's Mars Exploration Rover Opportunity used its rock abrasion tool on a rock informally named "Gagarin" during the 401st and 402nd Martian days, or sols, of the rover's work on Mars (March 10 and 11, 2005). This false-color image shows the circular mark created where the tool exposed the interior of the rock Gagarin at a target called "Yuri." The circle is about 1.8 inches (4.5 centimeters) in diameter. Gagarin is at the edge of a highly eroded, small crater that was informally named Vostok for the spacecraft that carried Cosmonaut Yuri Gagarin in the first human spaceflight, on April 12, 1961.

This image combines exposures taken through three different filters by Opportunity's panoramic camera on Sol 405 (March 14, 2005). The view is presented in false color to emphasize differences among materials in the rocks and the soils.