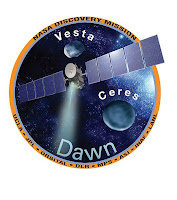 NASA's Dawn spacecraft has returned the first close-up image after beginning its orbit around the giant asteroid Vesta. On Friday, July 15, Dawn became the first probe to enter orbit around an object in the main asteroid belt between Mars and Jupiter.

The image taken for navigation purposes shows Vesta in greater detail than ever before. When Vesta captured Dawn into its orbit, there were approximately 9,900 miles (16,000 kilometers) between the spacecraft and asteroid. Engineers estimate the orbit capture took place at 10 p.m. PDT. 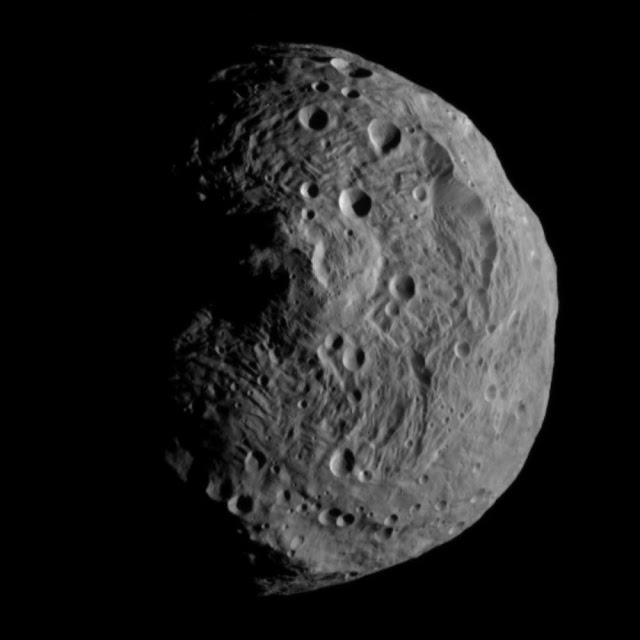 Vesta is 330 miles (530 kilometers) in diameter and the second most massive object in the asteroid belt. Ground- and space-based telescopes have obtained images of Vesta for about two centuries, but they have not been able to see much detail on its surface.
"We are beginning the study of arguably the oldest extant primordial surface in the solar system," said Dawn principal investigator Christopher Russell from the University of California, Los Angeles. "This region of space has been ignored for far too long. So far, the images received to date reveal a complex surface that seems to have preserved some of the earliest events in Vesta's history, as well as logging the onslaught that Vesta has suffered in the intervening eons." 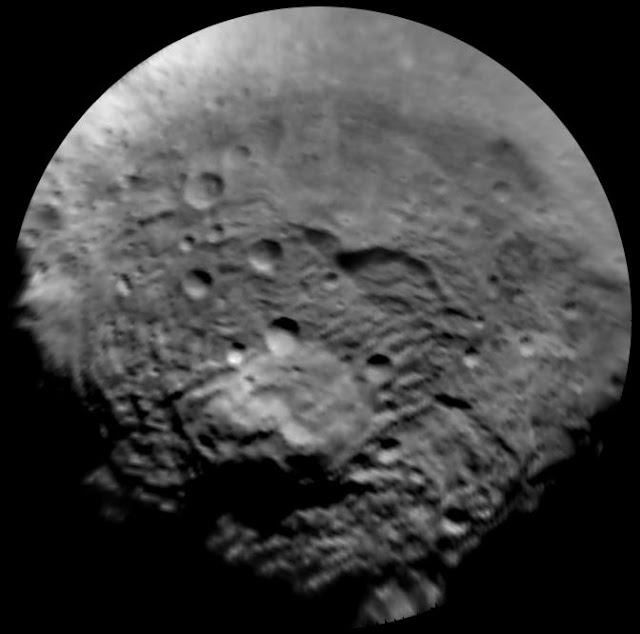 Image above: This image, taken by the framing camera instrument aboard NASA's Dawn spacecraft, shows the south polar region of this object, which has a diameter of 330 miles (530 kilometers). The image was taken through the clear filter on July 9, 2011, as part of a rotation characterization sequence, and it has a scale of about 2.2 miles (3.5 kilometers) per pixel. To enhance details, the resolution was enlarged to .6 miles (1 kilometer) per pixel. This region is characterized by rough topography, a large mountain, impact craters, grooves and steep scarps. The original image was map-projected, centered at 55 degrees southern latitude and 210 degrees eastern longitude. Image credit: NASA / JPL-Caltech / UCLA / MPS / DLR / IDA.

Vesta is thought to be the source of a large number of meteorites that fall to Earth. Vesta and its new NASA neighbor are currently approximately 117 million miles (188 million kilometers) away from Earth. The Dawn team will begin gathering science data in August. Observations will provide unprecedented data to help scientists understand the earliest chapter of our solar system. The data also will help pave the way for future human space missions.

After traveling nearly four years and 1.7 billion miles (2.8 billion kilometers), Dawn also accomplished the largest propulsive acceleration of any spacecraft, with a change in velocity of more than 4.2 miles per second (6.7 kilometers per second), due to its ion engines. The engines expel ions to create thrust and provide higher spacecraft speeds than any other technology currently available. 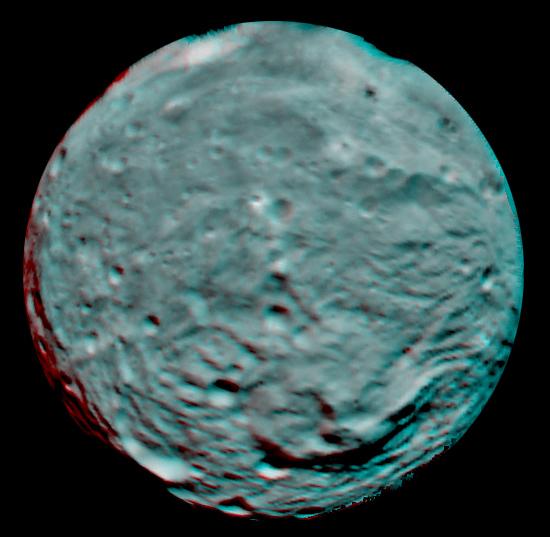 Image above: This anaglyph image of the asteroid Vesta was taken on July 9, 2011 by the framing camera instrument aboard NASA's Dawn spacecraft. Image credit: NASA / JPL-Caltech / UCLA / MPS / DLR / IDA.

"Dawn slipped gently into orbit with the same grace it has displayed during its years of ion thrusting through interplanetary space," said Marc Rayman, Dawn chief engineer and mission manager at NASA's Jet Propulsion Laboratory (JPL) in Pasadena, Calif. "It is fantastically exciting that we will begin providing humankind its first detailed views of one of the last unexplored worlds in the inner solar system."

Although orbit capture is complete, the approach phase will continue for about three weeks. During approach the Dawn team will continue a search for possible moons around the asteroid; obtain more images for navigation; observe Vesta's physical properties; and obtain calibration data.

In addition, navigators will measure the strength of Vesta's gravitational tug on the spacecraft to compute the asteroid's mass with much greater accuracy than has been previously available. That will allow them to refine the time of orbit insertion. 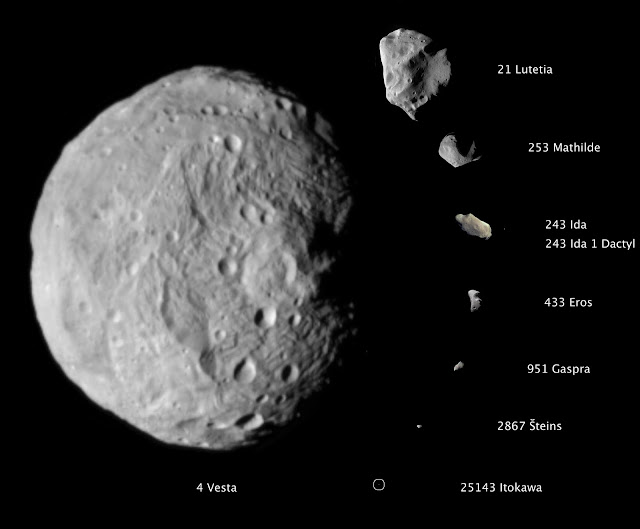 Dawn will spend one year orbiting Vesta, then travel to a second destination, the dwarf planet Ceres, arriving in February 2015. The mission to Vesta and Ceres is managed by JPL for the agency's Science Mission Directorate in Washington. Dawn is a project of the directorate's Discovery Program, which is managed by NASA's Marshall Space Flight Center in Huntsville, Ala.

UCLA is responsible for Dawn mission science. Orbital Sciences Corp. of Dulles, Va., designed and built the spacecraft. The German Aerospace Center, the Max Planck Institute for Solar System Research, the Italian Space Agency and the Italian National Astrophysical Institute are part of the mission's team.

To view the image and obtain more information about the Dawn mission, visit: http://www.nasa.gov/dawn