Liftoff! Soyuz begins its maiden mission from the Guiana Spaceport 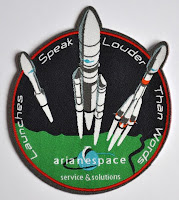 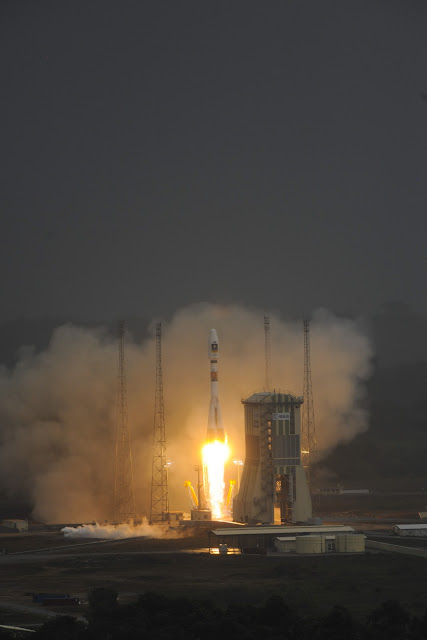 Soyuz lift-off from French Guiana
Soyuz begins its first ascent from the Spaceport on today’s historic mission. In the foreground is the purpose-built mobile service gantry, which was moved back to its parked position one hour before Soyuz’ liftoff.


Launch of Galileo on Soyuz ST-B Flight VS01
The first Soyuz has lifted off from French Guiana, initiating a 3-hour 49-minute inaugural flight for Arianespace’s medium-lift launcher that will orbit the initial two spacecraft in Europe’s Galileo satellite navigation system.

Soyuz departed the Spaceport’s new ELS launch complex at 07:30:26 a.m. local time in French Guiana – a precise liftoff time that enables the pair of Galileo satellites to be injected into their proper orbital plane.

With a total payload performance of 1,580 kg. – including 700 kg. for each of the Galileo platforms – the Soyuz is to deliver its passengers into a 23,222-km. circular medium-Earth orbit, inclined 54.7 degrees. 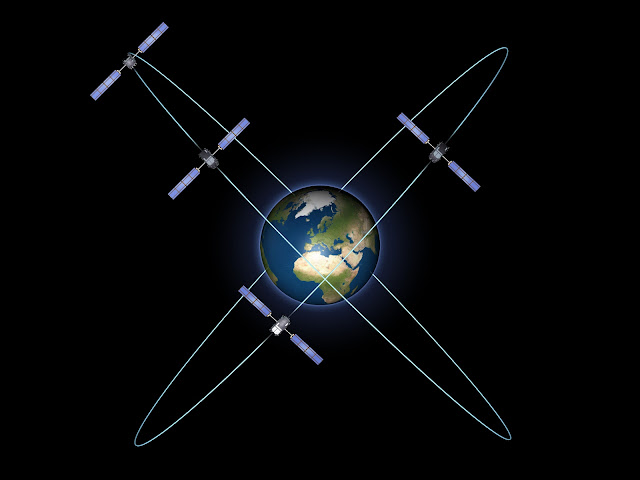 Galileo IOV in orbit
This maiden flight marks Soyuz’ introduction into the company’s growing launcher family, joining its heavy-lift Ariane 5 in operations from the Spaceport.  The two launchers are to be complemented by the lightweight Vega in 2012.

Soyuz is one of the world’s most utilized launchers, having ushered in the space age and logging more than 1,770 missions to date from its two other launch bases: Baikonur Cosmodrome in Kazakhstan, and Russia’s Plesetsk Cosmodrome.

Arianespace’s VS01 launch kit has additional details on this milestone mission: http://www.arianespace.com/news-launch-kits/2006-2010-archive.asp