A geyser of hot gas flowing from a star 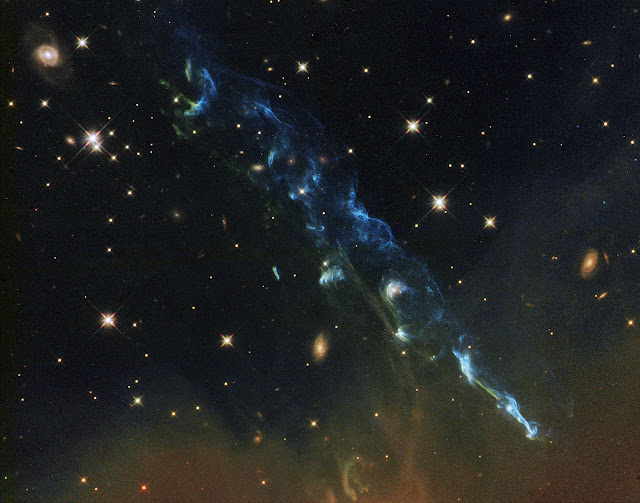 The NASA/ESA Hubble Space Telescope has captured a new image of Herbig-Haro 110, a geyser of hot gas flowing from a newborn star.

Although Herbig–Haro (HH) objects come in a wide array of shapes, the basic configuration is usually the same. Twin jets of heated gas, ejected in opposite directions from a forming star, stream through interstellar space. These outflows are fueled by gas falling onto the young star, which is surrounded by a disc of dust and gas. If the disc is the fuel tank, the star is the gravitational engine, and the jets are the exhaust.

In Hubble’s image of HH 110, one such turbulent streamer of gas can clearly be seen streaking across the frame.

The intricate structures within HH 110 and other Herbig–Haro objects exist because the jets are not being blown through a pure vacuum. When the energetic and fast-moving Herbig–Haro jets slam into colder gas, they form shock fronts that look and behave much like the bow waves that form in front of a boat. These so-called bow shocks, which glow thanks to very high temperatures, are a distinctive feature of Herbig-Haro objects.

The structure of HH 110 and other objects like it acts like a ticker-tape, recording the activity of the star that is the origin of the jet. Erratic outbursts from the star happen at times when more matter is falling in, and these are recorded as brighter knots or blobs within the Herbig-Haro object, which move along the jet over the years. Although the jets are very fast-moving, they are also very large: the streamer of gas in this image is around half a light-year in length. This means that the motion appears quite slow from our vantage point, even when measured over years (see heic1113). 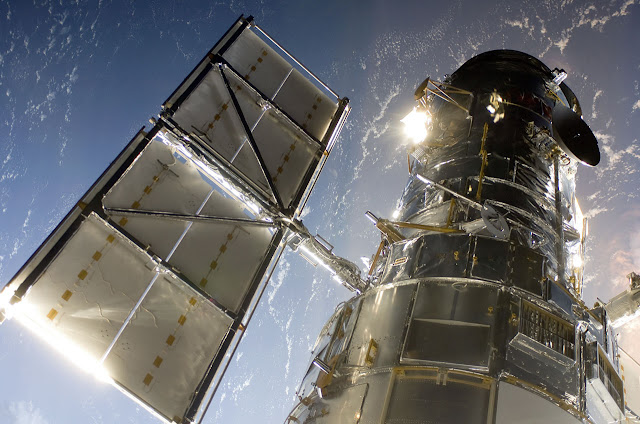 By measuring the current speed and positions of blobs within a Herbig-Haro object, astronomers can rewind time, projecting the motion of the knots backwards to the moment when they were emitted. This in turn tells the scientists about the environment directly around the forming star.