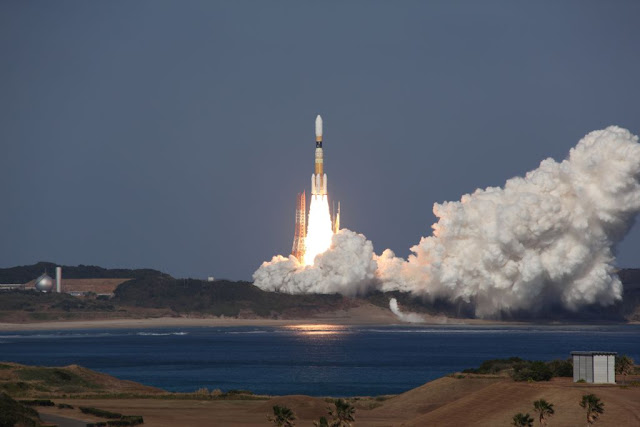 The Japan Aerospace Exploration Agency (JAXA) launched the H-IIB Launch Vehicle No.3 (H-IIB F3) with the KOUNOTORI3 (HTV3, a cargo transfer vehicle to the International Space Station) onboard at 11:06:18 a.m. on July 21 (Sat.) 2012 (Japan Standard Time, JST) from the Tanegashima Space Center.

The launch vehicle flew smoothly, and, at about 14 minutes and 53 seconds after liftoff, the separation of the KOUNOTORI3 was confirmed.

We would like to express our profound appreciation for the cooperation and support of all related personnel and organizations that helped contribute to the successful launch of the H-IIB F3.
At the time of the launch, the weather was rainy, a wind speed was 2.3 meters/second from the west-northwest and the temperature was 27.1 degrees Celsius. 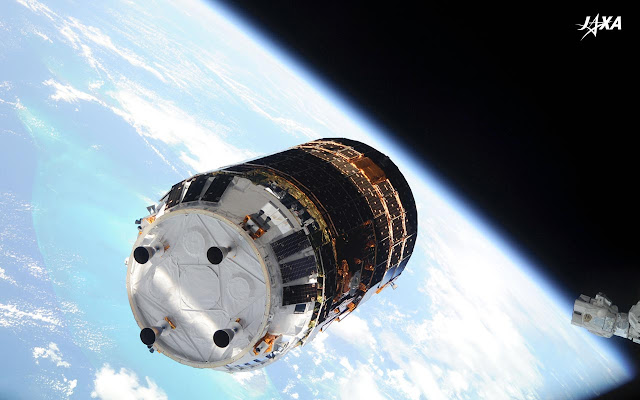 JAXA we have confirmed that the second stage controlled re-entry test for the H-IIB Launch Vehicle No.3 (H-IIB F3) was conducted as planned by re-igniting the second stage engine for the second time after separating its payload, the KOUNOTORI3 (HTV3, a cargo transfer vehicle to the International Space Station).