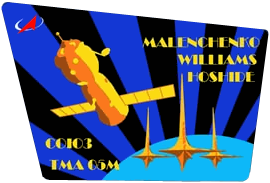 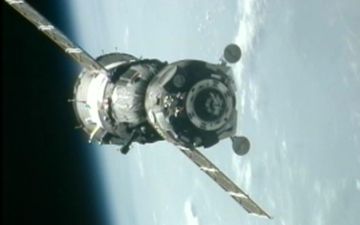 The docking occurs 37 years to the day after the first ever docking of American and Russian spacecraft during the 1975 Apollo-Soyuz mission.

Video above: Expedition 32 Flight Engineers Suni Williams, Yuri Malenchenko and Aki Hoshide have arrived at the International Space Station after two days in orbit. The new trio docked its Soyuz TMA-05M spacecraft to the Rassvet module at 12:51 a.m. EDT Tuesday.

The hatches between the Soyuz and the Rassvet module opened at 3:23 a.m. and Commander Gennady Padalka and Flight Engineers Joe Acaba and Sergei Revin greeted their new crewmates. The six-member crew conducted a welcoming ceremony with family and mission officials then participated in a safety briefing.

Video above: The six-member Expedition 32 crew gathers in the Zvezda service module for a welcoming ceremony. Credit: NASA TV.

Williams, Malenchenko and Hoshide launched at 10:40 p.m. EDT Saturday (8:40 a.m. Kazakhstan time on Sunday) from Baikonur Cosmodrome, Kazakhstan. They are expected to live and work aboard the orbital laboratory until November.

The launch and docking of Expedition 32 coincides with the 37th anniversary of the Apollo-Soyuz Test Project, the first docking of an American spacecraft with a Russian spacecraft. An Apollo spacecraft from Kennedy Space Center and a Soyuz 7K-TM vehicle from Baikonur Cosmodrome launched on July 15, 1975, then docked two days later. 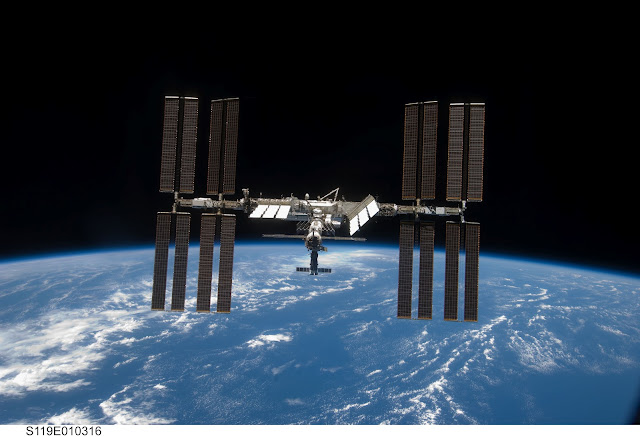