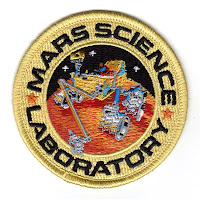 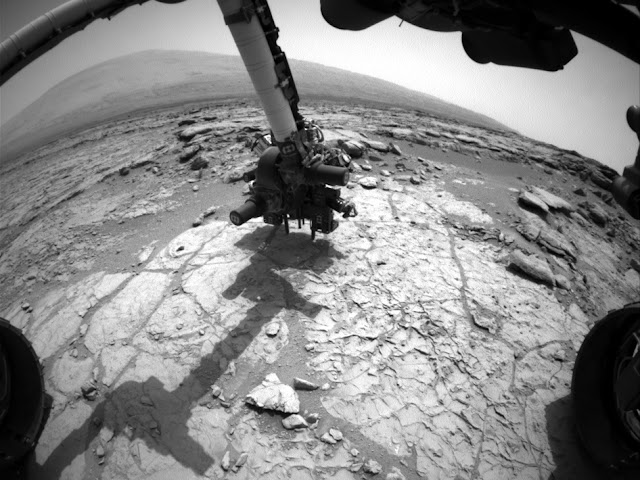 Image above: The percussion drill in the turret of tools at the end of the robotic arm of NASA's Mars rover Curiosity has been positioned in contact with the rock surface in this image from the rover's front Hazard-Avoidance Camera (Hazcam). Image credit: NASA/JPL-Caltech.

NASA's Mars rover Curiosity has placed its drill onto a series of four locations on a Martian rock and pressed down on it with the rover's arm, in preparation for using the drill in coming days.

The rover carried out this "pre-load" testing on Mars yesterday (Jan. 27). The tests enable engineers to check whether the amount of force applied to the hardware matches predictions for what would result from the commanded motions.

The next step is an overnight pre-load test, to gain assurance that the large temperature change from day to night at the rover's location does not add excessively to stress on the arm while it is pressing on the drill. At Curiosity's work site in Gale Crater, air temperature plunges from about 32 degrees Fahrenheit (zero degrees Celsius) in the afternoon to minus 85 degrees Fahrenheit (minus 65 degrees Celsius) overnight. Over this temperature swing, this large rover's arm, chassis and mobility system grow and shrink by about a tenth of an inch (about 2.4 millimeters), a little more than the thickness of a U.S. quarter-dollar coin.

"We don't plan on leaving the drill in a rock overnight once we start drilling, but in case that happens, it is important to know what to expect in terms of stress on the hardware," said JPL's Daniel Limonadi, the lead systems engineer for Curiosity's surface sampling and science system. "This test is done at lower pre-load values than we plan to use during drilling, to let us learn about the temperature effects without putting the hardware at risk."

Remaining preparatory steps will take at least the rest of this week. Some of these steps are hardware checks. Others will evaluate characteristics of the rock material at the selected drilling site on a patch of flat, veined rock called "John Klein."

Limonadi said, "We are proceeding with caution in the approach to Curiosity's first drilling. This is challenging. It will be the first time any robot has drilled into a rock to collect a sample on Mars."

An activity called the "drill-on-rock checkout" will use the hammering action of Curiosity's drill briefly, without rotation of the drill bit, for assurance that the back-and-forth percussion mechanism and associated control system are properly tuned for hitting a rock. 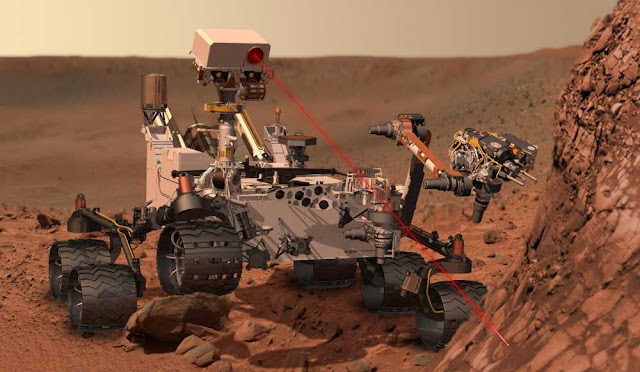 A subsequent activity called "mini-drill" is designed to produce a small ring of tailings -- powder resulting from drilling -- on the surface of the rock while penetrating less than eight-tenths of an inch (2 centimeters). This activity will not go deep enough to push rock powder into the drill's sample-gathering chamber. Limonadi said, "The purpose is to see whether the tailings are behaving the way we expect. Do they look like dry powder? That's what we want to confirm."

The rover team's activities this week are affected by the difference between Mars time and Earth time. To compensate for this, the team develops commands based on rover activities from two sols earlier. So, for example, the mini-drill activity cannot occur sooner than two sols after the drill-on-rock checkout.

Each Martian sol lasts about 40 minutes longer than a 24-hour Earth day. By mid-February, the afternoon at Gale Crater, when Curiosity transmits information about results from the sol, will again be falling early enough in the California day for the rover team to plan each sol based on the previous sol's results.

NASA's Mars Science Laboratory Project is using Curiosity to assess whether areas inside Gale Crater ever offered a habitable environment for microbes. JPL, a division of the California Institute of Technology in Pasadena, manages the project for NASA's Science Mission Directorate in Washington.