New results indicate that new particle is a Higgs boson

At the Moriond Conference today, the ATLAS and CMS collaborations at the Large Hadron Collider (LHC) presented preliminary new results that further elucidate the particle discovered last year. Having analysed two and a half times more data than was available for the discovery announcement in July, they find that the new particle is looking more and more like a Higgs boson, the particle linked to the mechanism that gives mass to elementary particles. It remains an open question, however, whether this is the Higgs boson of the Standard Model of particle physics, or possibly the lightest of several bosons predicted in some theories that go beyond the Standard Model. Finding the answer to this question will take time. 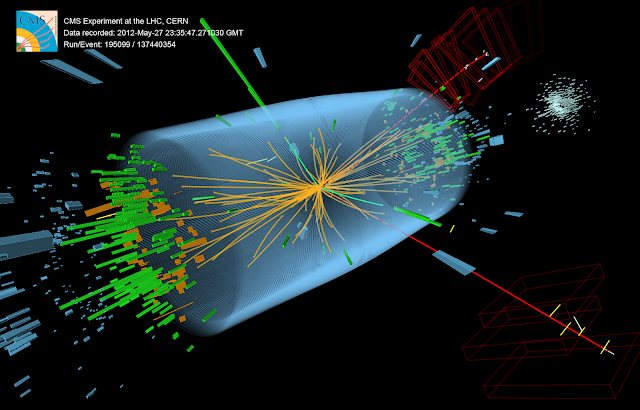 Higgs boson particle discovered in the CMS experiment at the LHC

Whether or not it is a Higgs boson is demonstrated by how it interacts with other particles, and its quantum properties. For example, a Higgs boson is postulated to have no spin, and in the Standard Model its parity – a measure of how its mirror image behaves – should be positive. CMS and ATLAS have compared a number of options for the spin-parity of this particle, and these all prefer no spin and positive parity. This, coupled with the measured interactions of the new particle with other particles, strongly indicates that it is a Higgs boson. 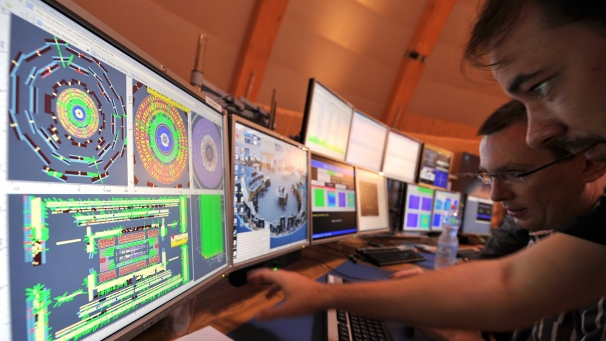 “The preliminary results with the full 2012 data set are magnificent and to me it is clear that we are dealing with a Higgs boson though we still have a long way to go to know what kind of Higgs boson it is,” says CMS spokesperson Joe Incandela.

"The beautiful new results represent a huge effort by many dedicated people. They point to the new particle having the spin-parity of a Higgs boson as in the Standard Model. We are now well started on the measurement programme in the Higgs sector," says ATLAS spokesperson Dave Charlton.


Higgs Boson particle, a key drop in the universal bucket

To determine if this is the Standard Model Higgs boson, the collaborations have, for example, to measure precisely the rate at which the boson decays into other particles and compare the results to the predictions. The detection of the boson is a very rare event – it takes around 1 trillion (1012) proton-proton collisions for each observed event. To characterize all of the decay modes will require much more data from the LHC.

Videos above: The ATLAS collaboration has just released four animations showing how signals of new particles can emerge from LHC collision data (both are shown above): http://www.atlas.ch/photos/plots.html

CERN, the European Organization for Nuclear Research, is the world's leading laboratory for particle physics. It has its headquarters in Geneva. At present, its Member States are Austria, Belgium, Bulgaria, the Czech Republic, Denmark, Finland, France, Germany, Greece, Hungary, Italy, the Netherlands, Norway, Poland, Portugal, Slovakia, Spain, Sweden, Switzerland and the United Kingdom. Romania is a candidate for accession. Israel is an Associate Member in the pre-stage to Membership. India, Japan, the Russian Federation, the United States of America, Turkey, the European Commission and UNESCO have Observer status.