In the Amur region is a grand building. Here's spaceport "East": launch complex, airfield, oxygen and nitrogen plant, hydrogen plant, power supply system. And many more kilometers of roads and railways. In this case, the main difference between the "East" - its compactness. The area of ​​the future cosmodrome in Baikonur 10 times less. 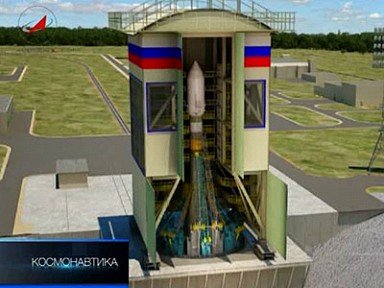 A new expedition to the ISS was launched from the banks of the river Zeya, with taiga Baikonur East. So the news will start in a few years. And it does not seem fantastic.

The foundation for the future of Russian space almost ready. A huge pit - the future gas outlet launch facility. Tons of iron and concrete when rockets are launched hundreds of times to withstand tremendous heat and shock. Launching Pad - a springboard for a great leap into the universe erected in three shifts. Now construction 4000, by the summer will be twice as much.

"Getting a timely manner to the construction of the launch complex, technical complex. Also, industrial construction sites, industrial and operational base and built the whole spaceport provided and maintained infrastructure, "- says the Deputy Chairman of the Government of the Amur region, Konstantin Chmarov. Forced his way through the taiga, railwaymen are steel highway in the sky.

For these paths on the launch pad ready to go fly a rocket. And according to the old tradition Baikonurskaya certainly on track under the heavy makeup put a coin for luck. The old traditions in a new place do not change.

"The fact that there was a military spaceport, I certainly did, but that will be used for peaceful purposes, this spaceport, it is certainly a big plus," - says a railway builder Alexander Bondarenko.

5 years ago when it was decided to close the military spaceport Free, here at the time, stopped living. But soon, a new name - East and a new sense - become a peaceful modern spaceport.

"In parallel with the creation of the technological infrastructure, and maybe faster pace will need to solve social problems. There has to be built a new modern city in all respects, comfortable for the people who will live here and work, "- Vladimir Putin. 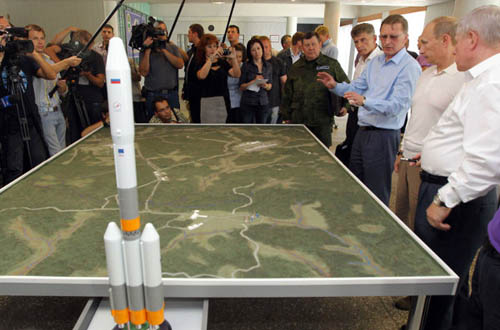 Image above: Vladimir Putin, President of the Russian Federation front the model of the new Amur space center.

3 years ago on the future of the spaceport was only a windbreak and the first peg. Thus began the work of one and a half years ago. And now it is the main building of the Far East, on the scale - almost legendary BAM. The former garrison Uglegorsk will become the new science city, with a population of under 40,000 people. At the end of the year will begin construction of a large housing estate. The influx of people here have already begun.

"We are very serious and talk a lot about what the Baikonur pollution is not harmful to people's lives. There are no dangerous and harmful production. No production and storage of toxic components of rocket fuel ", - says Konstantin Chmarov.

How to say the environmentalists, the taiga from the Baikonur hurt. The famous royal rocket "Soyuz", or rather its modern modification - environmentally friendly rocket. Moreover, most of the way to the orbit of the "union" will fly over the ocean. 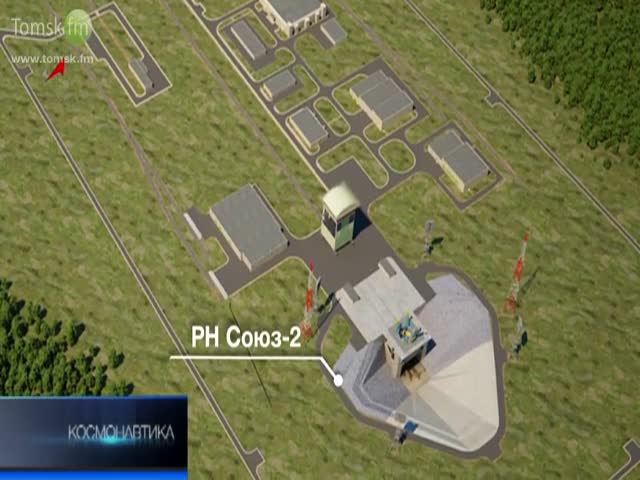 "Today is a very complex process, it only begins at the cosmodrome" East ". Why? There is a coastal shelf, where we produce oil, there is a way of shipping, there is a nearby areas with Japan. Therefore, all questions are very complex, but they are solved. We solve these problems naturally together with the developers of launch vehicles ", - says Director General of FSUE" TSENKI "Alexander Fadeev.

Command "key to start" do not have to wait long. When closer to May in the forest the snow melts, the building will go much faster. But now we can see the scale of this enormous construction site - on the map of Russia will soon be the capital of the new space.