Forecast for Titan: Wild Weather Could Be Ahead 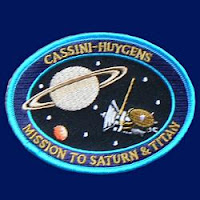 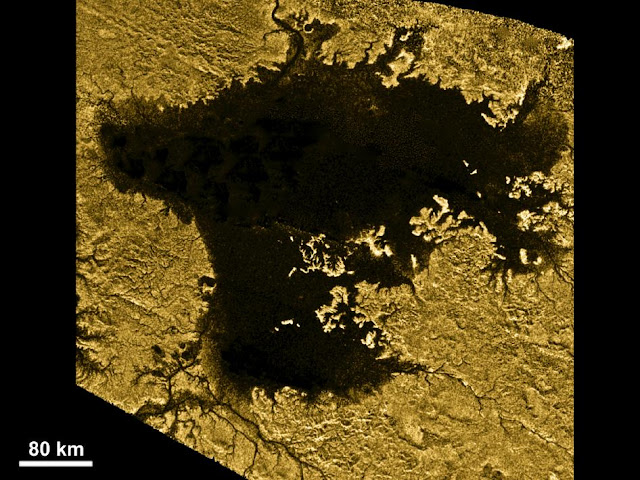 Saturn's moon Titan might be in for some wild weather as it heads into its spring and summer, if two new models are correct. Scientists think that as the seasons change in Titan's northern hemisphere, waves could ripple across the moon's hydrocarbon seas, and hurricanes could begin to swirl over these areas, too. The model predicting waves tries to explain data from the moon obtained so far by NASA's Cassini spacecraft. Both models help mission team members plan when and where to look for unusual atmospheric disturbances as Titan summer approaches.

"If you think being a weather forecaster on Earth is difficult, it can be even more challenging at Titan," said Scott Edgington, Cassini's deputy project scientist at NASA's Jet Propulsion Laboratory, Pasadena, Calif. "We know there are weather processes similar to Earth's at work on this strange world, but differences arise due to the presence of unfamiliar liquids like methane. We can't wait for Cassini to tell us whether our forecasts are right as it continues its tour through Titan spring into the start of northern summer."

Titan's north polar region, which is bejeweled with sprawling hydrocarbon seas and lakes, was dark when Cassini first arrived at the Saturn system in 2004. But sunlight has been creeping up Titan's northern hemisphere since August 2009, when the sun's light crossed the equatorial plane at equinox. Titan's seasons take about seven Earth years to change. By 2017, the end of Cassini's mission, Titan will be approaching northern solstice, the height of summer. 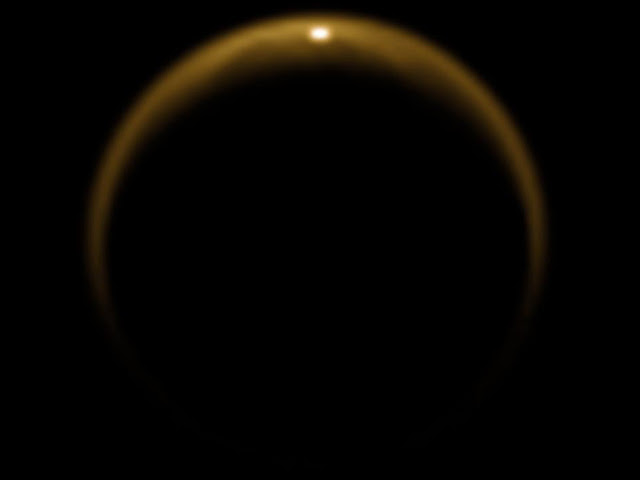 Reflection of Sunlight off Titan Lake

Image above: This image shows the first flash of sunlight reflected off a lake on Saturn's moon Titan. Image credit: NASA/JPL/University of Arizona/DLR.

Given the wind-sculpted dunes Cassini has seen on Titan, scientists were baffled about why they hadn't yet seen wind-driven waves on the lakes and seas. A team led by Alex Hayes, a member of Cassini's radar team who is based at Cornell University, Ithaca, N.Y., set out to look for how much wind would be required to generate waves. Their new model, just published in the journal Icarus, improves upon previous ones by simultaneously accounting for Titan's gravity; the viscosity and surface tension of the hydrocarbon liquid in the lakes; and the air-to-liquid density ratio.

“We now know that the wind speeds predicted during the times Cassini has observed Titan have been below the threshold necessary to generate waves," Hayes said. "What is exciting, however, is that the wind speeds predicted during northern spring and summer approach those necessary to generate wind waves in liquid ethane and/or methane. It may soon be possible to catch a wave in one of the solar system’s most exotic locations.”

The new model found that winds of 1 to 2 mph (2 to 3 kilometers per hour) are needed to generate waves on Titan lakes, a speed that has not yet been reached during Titan's currently calm period. But as Titan's northern hemisphere approaches spring and summer, other models predict the winds may increase to 2 mph (3 kilometers per hour) or faster. Depending on the composition of the lakes, winds of that speed could be enough to produce waves 0.5 foot (0.15 meter) high. 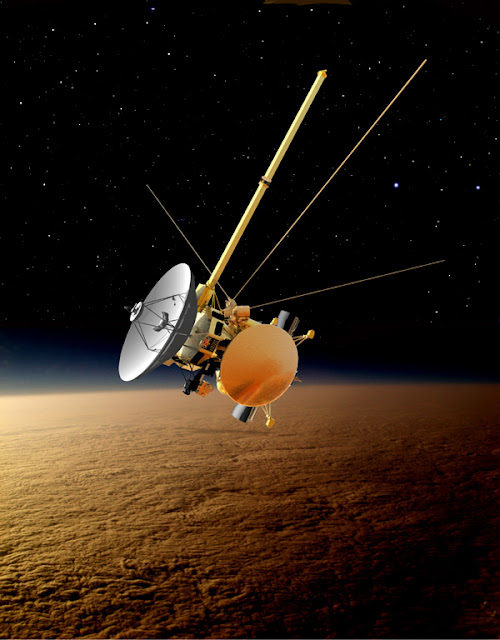 The other model about hurricanes, recently published in Icarus, predicts that the warming of the northern hemisphere could also bring hurricanes, also known as tropical cyclones. Tropical cyclones on Earth gain their energy from the build-up of heat from seawater evaporation and miniature versions have been seen over big lakes such as Lake Huron. The new modeling work, led by Tetsuya Tokano of the University of Cologne, Germany, shows that the same processes could be at work on Titan as well, except that it is methane rather than water that evaporates from the seas. The most likely season for these hurricanes would be Titan's northern summer solstice, when the sea surface gets warmer and the flow of the air near the surface becomes more turbulent. The humid air would swirl in a counterclockwise direction over the surface of one of the northern seas and increase the surface wind over the seas to possibly 45 mph (about 70 kilometers per hour).

"For these hurricanes to develop at Titan, there needs to be the right mix of hydrocarbons in these seas, and we still don't know their exact composition," Tokano said. "If we see hurricanes, that would be one good indicator that there is enough methane in these lakes to support this kind of activity. So far, scientists haven't yet been able to detect methane directly."

The Cassini-Huygens mission is a cooperative project of NASA, the European Space Agency, and the Italian Space Agency. The mission is managed by JPL for NASA's Science Mission Directorate, Washington. JPL is a division of the California Institute of Technology in Pasadena, Calif.