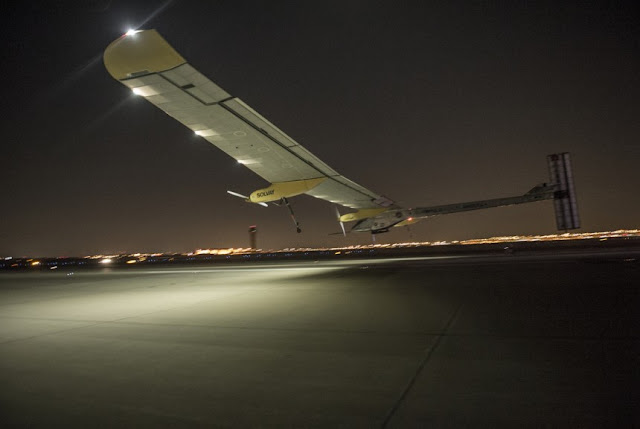 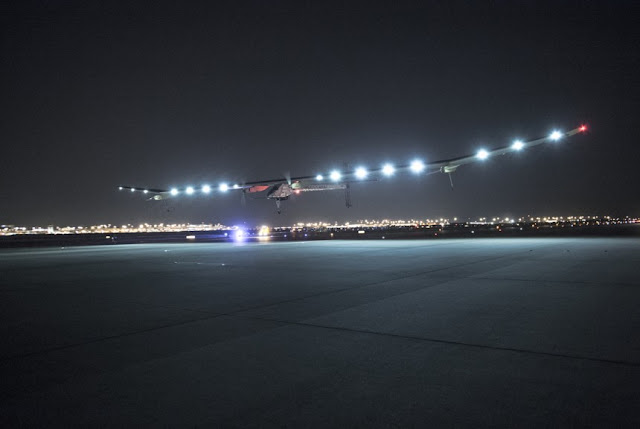 Who said surfing was only possible in California?

After completing the longest distance flight in the history of the project, landing at 01:08AM CDT (UTC-5) on Thursday May 23nd at Dallas Fort Worth International Airport, André expressed two wishes. The first was to stretch his long legs as it can get quite cramped when you’re over 6’2’’ (190 cm) tall in the meager 46 ft³ (1.3 m³) cockpit. The second one proved, once again, André’s pride in his family name; Borschberg: the good living. He articulated the wish to enjoy Texas’ world-renowned steak and even asked Dallas residents to send him names of the best spots in town. Ideas; anybody?

Jokes aside, it was a unique but challenging journey. The pre-flight preparations were intense because of the specific wind conditions, manifest after sunset. This allowed André to live a true “sky surfing” experience. Because of the lightness and slow speed of the solar airplane, it literally rode the updraft and downdraft of the mountain winds. This is clearly visible on the flight profile, a phenomenon that caused the plane to rise and fall, riding the wind waves. 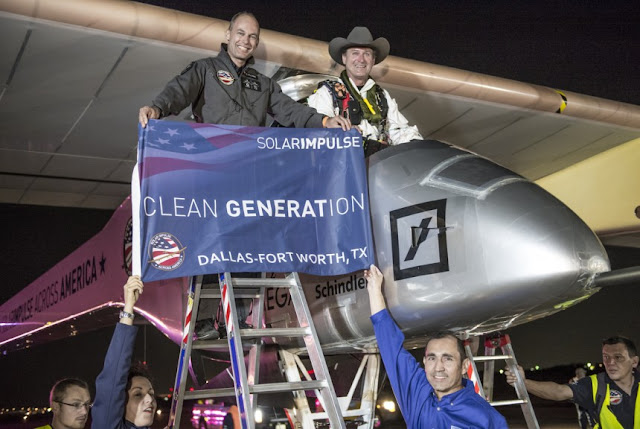 Across America 2013: 2nd leg from Phoenix Sky Harbor to Dallas Forth Worth. B. Piccard and A. Borschberg with the Clean Generation Flag. Image credits: Solar Impulse / Revillard / Rezo.ch.

The flight was a perfect training experience for both the pilot and the team in the Mission Control Center. It has reconfirmed the need to remain flexible and try to request, when possible, permission to fly at different altitudes to local Air Traffic Controllers. Having options can help avoid being stuck in a segment that’s experiencing unique winds – but it’s not always possible due to dense air traffic flying below the solar airplane.


Across America 2013: Landing in Dallas Forth Worth

Texan skies have certainly challenged the top ranking of California’s surfing, but now that André’s safely back on the ground, he can indulge in a good pair of cowboy boots and other more traditionally Texan sports.