Designed for one Martian year, or two Earth years, the European Mars Express Sunday celebrates its 10th anniversary in space. The initial mission has been extended four times, and its operations are now funded until the end of 2014.

"This is a scientific success and experience on board continue to function perfectly," says the German Aerospace Center (DLR) on its website. Mars Express was launched June 2, 2003 from Baikonur in Kazakhstan by a Soyuz-Fregat rocket.

The main objective was to investigate the presence of water, a necessary condition for the emergence of life in its various states.

The mission of the European Space Agency (ESA) originally consisted of an orbiter carrying seven instruments and remote sensing observations and a lander, Beagle 2. It was equipped with a drill designed to collect, two meters deep, samples of Martian soil. 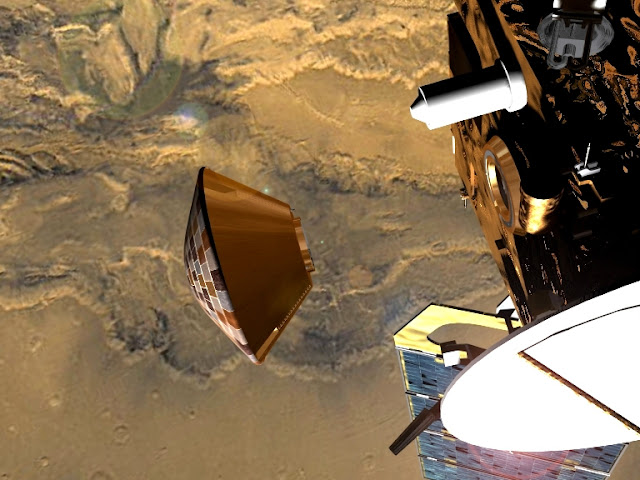 The first signal from Mars Express was received on 25 December 2003, meaning that the probe entered successfully into orbit around the Red Planet. "It now counts more than 12,000 revolutions around Mars," said Astrium, the contractor, in a statement.

However, attempts to communicate with Beagle 2, which was also to land on Mars on Christmas Day in 2003, have failed. The Beagle 2 mission was declared permanently lost 6 February 2004. 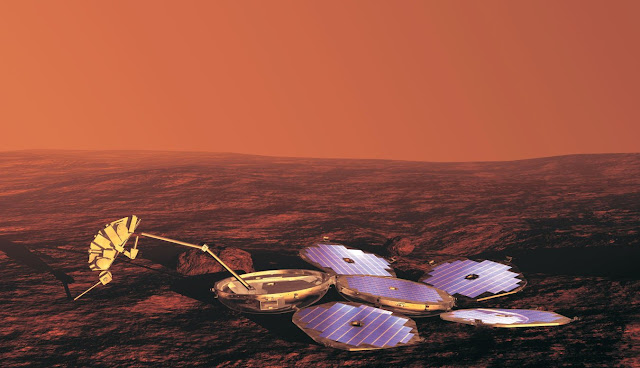 Mars Express began its scientific observations as planned in January 2004, studying the Martian atmosphere, the structure of the planet and its geology.

Analysis of data from one of the instruments on board the infrared spectrometer Omega has helped to establish the presence of minerals that form only after prolonged volcanic rocks exposure to water. Another instrument, the Marsis radar sensor is located him in the form of water ice deposits underground. 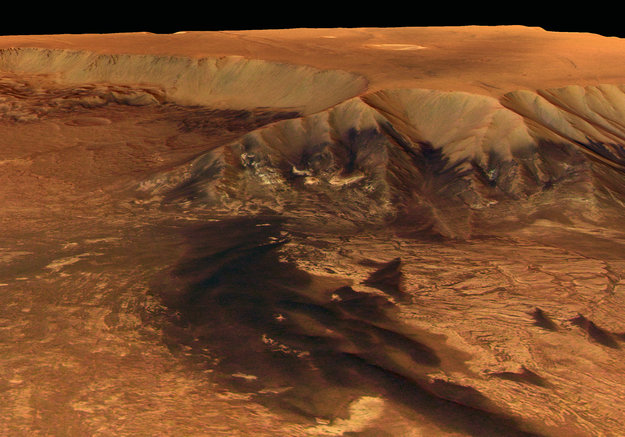 Image above: Perspective view of Melas Chasma. On 2 May 2004, the High-Resolution Stereo Camera (HRSC) on board the ESA Mars Express spacecraft obtained images from the central area of the Mars canyon called Valles Marineris. The images were taken at a resolution of approximately 16 metres per pixel.

The images of high resolution stereo camera (HRSC) developed by Astrium for the German agency representing 40% of the data transmitted from March. "So far, the camera has recorded nearly 90% of the surface of the planet," said Astrium.

The probe also flew Phobos, the small moon of Mars, providing scientists with highly accurate images. According to these observations, Phobos is gradually approaching Mars and collide with it in 10 to 20 million Martian years. 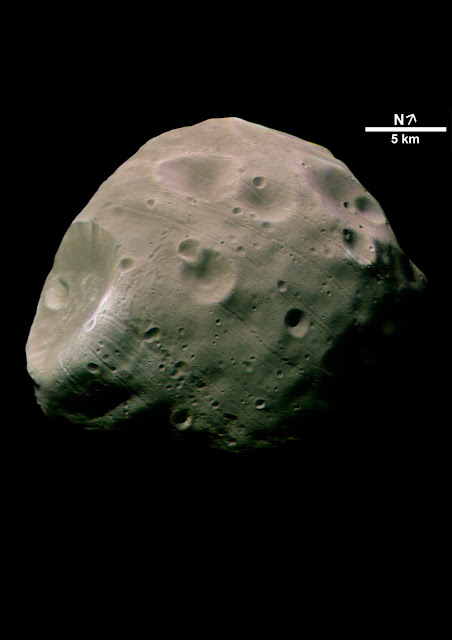 Mars Express one of three orbiters around Mars present, with U.S. Mars Odyssey and Mars Reconnaissance Orbiter (MRO). As the U.S. robot Curiosity, which landed on the planet in August, he made a decade ago to his second day drill to sample rock.

Experts do not exclude that the Mars Express probe is still operational when ESA will send its future Mars mission, ExoMars, in partnership with the Russian Space Agency Roscosmos. A key objective of ExoMars is to determine if a form of life ever existed on the Red Planet.

The program plans to launch two missions on Mars in 2016, an orbiter and a lander demo, and in 2018 a robotic module.