Mysterious magnetar boasts one of strongest magnetic fields in Universe

Scientists using ESA’s XMM-Newton space telescope have discovered that a curious dead star has been hiding one of the strongest magnetic fields in the Universe all along, despite earlier suggestions of an unusually low magnetic field.

A neutron star is the dead core of a once massive star that collapsed in on itself after burning up all its fuel and exploding in a dramatic supernova event. They are extraordinarily dense objects, packing more than the mass of our Sun into a sphere only some 20 km across – about the size of a city.

A small proportion of neutron stars form and live briefly as magnetars, named for their extremely intense magnetic fields, billions to trillions of times greater than those generated in hospital MRI machines, for example. These fields cause magnetars to erupt sporadically with bursts of high-energy radiation.

SGR 0418 lies in our galaxy, about 6500 light years from Earth. It was first detected in June 2009 by space telescopes including NASA’s Fermi and Roscosmos’ Koronas-Photon when it suddenly lit up in X-rays and soft gamma rays. It has been studied subsequently by a fleet of observatories, including ESA’s XMM-Newton.

“Until very recently, all indications were that this magnetar had one of the weakest surface magnetic fields known; at 6 x 1012 Gauss, it was roughly a 100 times lower than for typical magnetars,” said Andrea Tiengo of the Istituto Universitario di Studi Superiori, Pavia, Italy, and lead author of the paper published inNature.

“Understanding these results was a challenge. However, we suspected that SGR 0418 was in fact hiding a much stronger magnetic field, out of reach of our usual analytical techniques.”

Magnetars spin more slowly than neutron stars, but still complete a rotation within a few seconds. The normal way of determining the magnetic field of a magnetar is to measure the rate at which the spin is declining. Three years of observations of SGR 0418 had led astronomers to infer a weak magnetic field.

The new technique developed by Dr Tiengo and his collaborators involves searching for variations in the X-ray spectrum of the magnetar over extremely short time intervals as it rotates. This method allows astronomers to analyse the magnetic field in much more detail and has revealed SGR 0418 as a true magnetic monster. 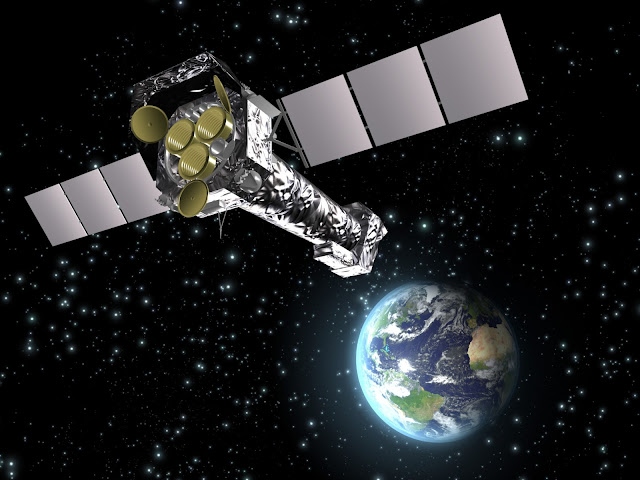 “To explain our observations, this magnetar must have a super-strong, twisted magnetic field reaching 1015 Gauss across small regions on the surface, spanning only a few hundred metres across,” said Dr Tiengo.

“On average, the field can appear fairly weak, as earlier results have suggested. But we are now able to probe sub-structure on the surface and see that the field is very strong locally.”

A simple analogy can be made with localised magnetic fields anchored in sunspots on the Sun, where a change in configuration can suddenly lead to their collapse and the production of a flare or, in the case of SGR 0418, a burst of X-rays.

“The spectral data provided by XMM-Newton, combined with a new way of analysing the data, allowed us to finally make the first detailed measurements of the magnetic field of a magnetar, confirming it as one of the largest values ever measured in the Universe,” adds Norbert Schartel, ESA’s XMM-Newton Project Scientist.

“We now have a new tool to probe the magnetic fields of other magnetars, which will help constrain models of these exotic objects.”