NASA's Juno is Halfway to Jupiter 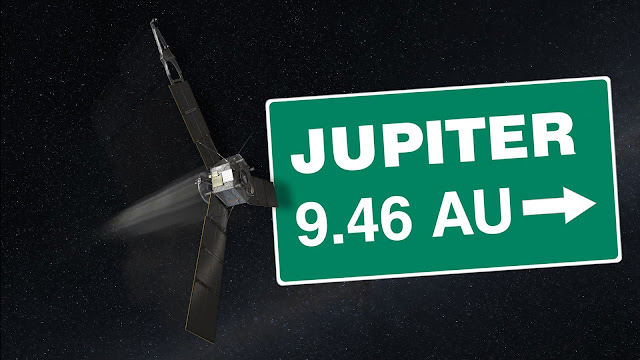 Image above: A computer-generated image depicts NASA's Juno spacecraft, which reached the halfway point on its mission to Jupiter on August 12, 2013. Image Credit: NASA/JPL-Caltech

"Juno's odometer just clicked over to 9.464 astronomical units," said Juno Principal Investigator Scott Bolton, of the Southwest Research Institute in San Antonio.  "The team is looking forward, preparing for the day we enter orbit around the most massive planet in our solar system."

For those astronomical-unitly challenged, an astronomical unit (AU) is a unit of measure used by space engineers and scientists when discussing the massive distances involved in the exploration of our solar system – and beyond.  An AU is based on the distance between Earth and the sun and is 92,955,807.273 miles (149,597,870.7 kilometers) long.  The 9.464 astronomical units Juno has already traveled (or still has left to go) is equivalent to 879,733,760 miles (or 1,415,794,248 kilometers).  Juno was 34.46 million miles (55.46 million kilometers) from Earth when the milestone was reached.

The next milestone in the nearly five-year journey to Jupiter will occur this October, when the spacecraft flies past Earth in search of a little extra speed.

"On Oct. 9, Juno will come within 347 miles (559 kilometers) of Earth," said the mission's Project Manager Rick Nybakken of NASA's Jet Propulsion Laboratory in Pasadena, Calif. "The Earth flyby will give Juno a kick in the pants, boosting its velocity by 16,330 mph (about 7.3 kilometers per second). From there, it's next stop Jupiter." 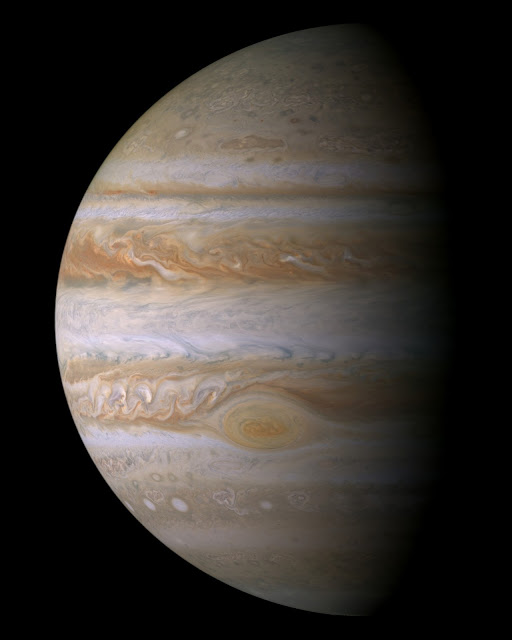 Juno was launched on Aug. 5, 2011. Once in orbit around Jupiter, the spacecraft will circle the planet 33 times, from pole to pole, and use its collection of eight science instruments to probe beneath the gas giant's obscuring cloud cover. Juno's science team will learn about Jupiter's origins, structure, atmosphere and magnetosphere, and look for a potential solid planetary core.

Juno's name comes from Greek and Roman mythology. The god Jupiter drew a veil of clouds around himself to hide his mischief, and his wife, the goddess Juno, was able to peer through the clouds and reveal Jupiter's true nature.

NASA's Jet Propulsion Laboratory, Pasadena, Calif., manages the Juno mission for the principal investigator, Scott Bolton, of Southwest Research Institute in San Antonio. The Juno mission is part of the New Frontiers Program managed at NASA's Marshall Space Flight Center in Huntsville, Ala. Lockheed Martin Space Systems, Denver, built the spacecraft. JPL is a division of the California Institute of Technology in Pasadena.

More information about Juno is online at http://www.nasa.gov/juno and http://missionjuno.swri.edu .