Comet ISON Fizzles as it Rounds the Sun 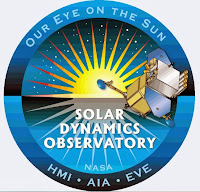 Video above: These images from NASA's Solar Terrestrial Relations Observatory and the ESA/NASA Solar and Heliospheric Observatory show Comet ISON growing dim as it made the journey around the sun. The comet is believed to have broken up and evaporated. Image Credit: NASA/SDO/ESA/SOHO/GSFC.

Comet ISON went around the sun on Nov. 28, 2013. Several solar observatories watched the comet throughout this closest approach to the sun, known as perihelion. While the fate of the comet is not yet established, it is likely that it did not survive the trip. The comet grew faint while within both the view of NASA's Solar Terrestrial Relations Observatory, and the joint European Space Agency and NASA's Solar and Heliospheric Observatory. The comet was not visible at all in NASA's Solar Dynamics Observatory.

"So we think it must have broken up and evaporated before it reached perihelion." 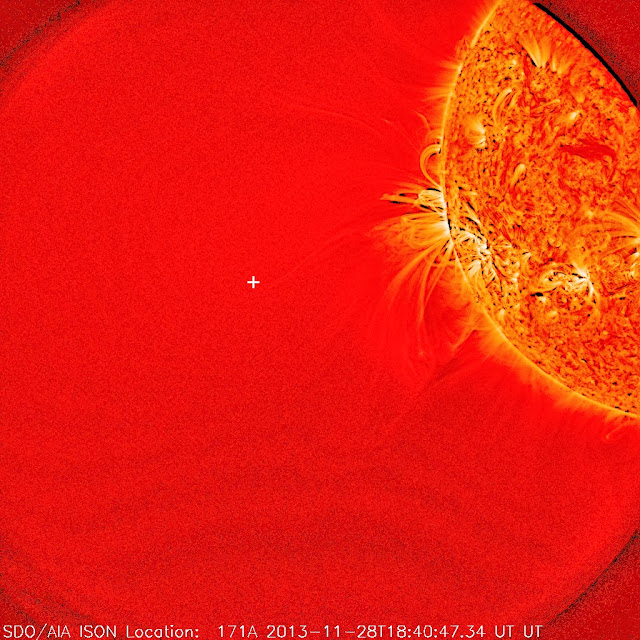 Image above: This image from NASA's Solar Dynamics Observatory shows the sun, but no Comet ISON was seen. A white plus sign shows where the Comet should have appeared. It is likely that the comet did not survive the trip. Image Credit: NASA/SDO.

While this means that Comet ISON will not be visible in the night sky in December, the wealth of observations gathered of the comet over the last year will provide great research opportunities for some time. One important question will simply be to figure out why it is no longer visible.

To download images and movies of Comet ISON: http://svs.gsfc.nasa.gov/Gallery/CometISON.html

For more information about SOHO Mission, visit: http://sci.esa.int/soho/ and http://www.nasa.gov/mission_pages/soho/