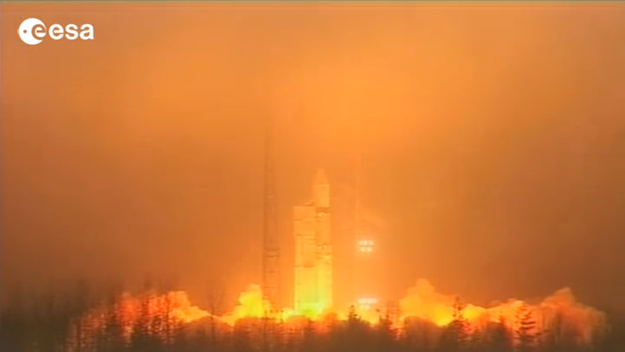 ESA’s three-satellite Swarm constellation was lofted into a near-polar orbit by a Russian Rockot launcher this afternoon. For four years, it will monitor Earth’s magnetic field, from the depth of our planet’s core to the heights of its upper atmosphere.

The Swarm satellites will give us unprecedented insights into the complex workings of the magnetic shield that protects our biosphere from charged particles and cosmic radiation. They will perform precise measurements to evaluate its current weakening and understand how it contributes to global change.

The Rockot launcher lifted off from the Plesetsk spaceport in northern Russia at 12:02 GMT (13:02 CET) on 22 November.

Some 91 minutes later, its Breeze-KM upper stage released the three satellites into a near-polar circular orbit at an altitude of 490 km.

Contact was established with the trio minutes later through the Kiruna station in Sweden and the Svalbard station in Norway.

All three satellites are controlled by ESA teams at the European Space Operation Centre in Darmstadt, Germany. In the next hours they will deploy their 4 m-long instrument booms. Over the next three months of commissioning, their scientific payloads will be verified and they will move to their respective operational orbits.

The lower pair will fly in formation side by side, about 150 km (10 seconds) apart at the equator and at an initial altitude of 460 km, while the upper satellite will rise to a higher orbit, at 530 km.

“Swarm is about to fill a gap in our view of the Earth system and in our monitoring of global change issues,” noted Volker Liebig, ESA’s director for Earth observation.

“It will help us to better understand the field that protects us from the particles and radiation coming from the Sun.”

Swarm is ESA’s fourth Earth Explorer mission, coming after the successful CryoSat, GOCE and SMOS satellites – all missions that expand our knowledge of Earth and its environment. 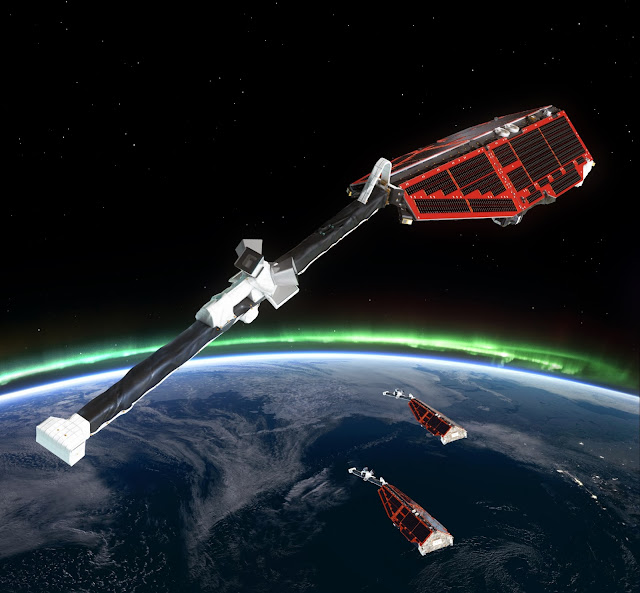 They will also investigate how the magnetic field relates to Earth’s environment through the radiation belts and their near-Earth effects, including the solar wind energy input into the upper atmosphere.


Swarm an orbit with a difference

Swarm will also be able to distinguish between the various sources of our planet’s magnetic field and ensure continuity in its monitoring from space in conjunction with measurements from ground observatories.

Our magnetic field plays a major role in protecting the biosphere because it generates a bubble around our planet that deflects charged particles and traps them in the radiation belts. This shielding protects all life on Earth from the bombardment of heavy ions coming from the Sun and deep space. 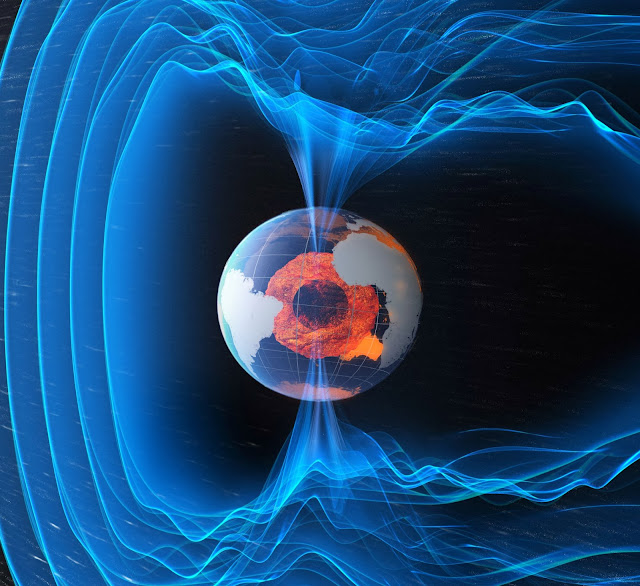 Since the 1980s, previous missions have showed this field to be weakening, which could be a sign that the north and south magnetic poles are beginning to reverse – known to have occurred on multiple occasions during geological times.

Although such inversions usually take thousands years to complete, a further weakening of our magnetic protection could lead to an increase in events that damage our orbiting satellites or disrupt power grids and other electrical systems on the ground.

About the European Space Agency:

The European Space Agency (ESA) is Europe’s gateway to space. It is an intergovernmental organisation, created in 1975, with the mission to shape the development of Europe’s space capability and ensure that investment in space delivers benefits to the citizens of Europe and the world.

ESA is also working with the EU on implementing the Galileo and Copernicus programmes.

By coordinating the financial and intellectual resources of its members, ESA can undertake programmes and activities far beyond the scope of any single European country.

ESA develops the launchers, spacecraft and ground facilities needed to keep Europe at the forefront of global space activities.

Today, it launches satellites for Earth observation, navigation, telecommunications and astronomy, sends probes to the far reaches of the Solar System and cooperates in the human exploration of space.