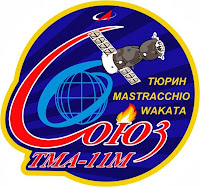 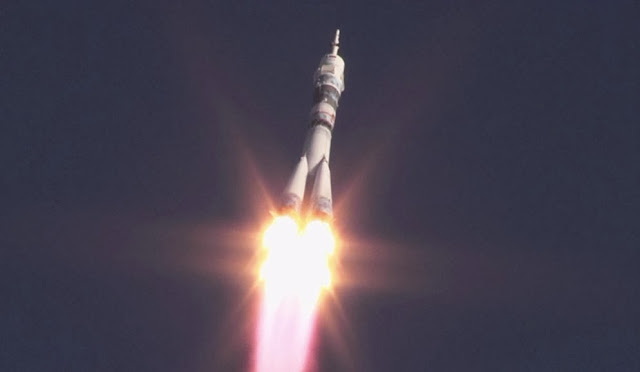 Image above: The Soyuz TMA-11M spacecraft heads to space seconds after launching on time from the Baikonur Cosmodrome, Kazakhstan. Image Credit: NASA TV.

A new trio of Expedition 38 flight engineers lifted off from the Baikonur Cosmodrome, Kazakhstan, at 11:14 p.m. EST Wednesday aboard a Soyuz TMA-11M spacecraft. They are on a trip to the International Space Station that will take just over six hours. 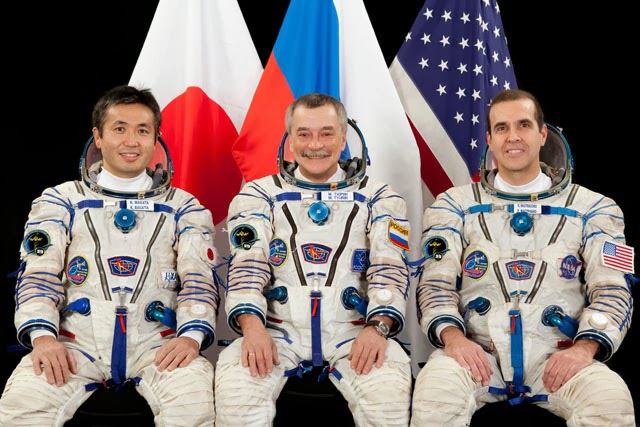 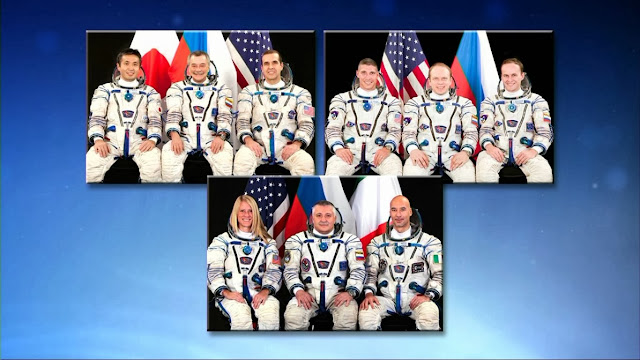 There will be nine crew members on board ISS. Image Credit: NASA TV 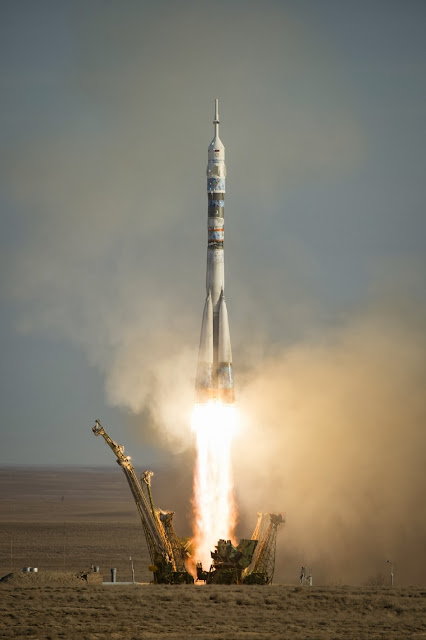 This will be the first time since October 2009 that nine people have resided on the station without the presence of a space shuttle. However, just four days later the station residents will say goodbye to Yurchikhin, Nyberg and Parmitano, all Expedition 37 crew members, when they undock in the Soyuz TMA-09M spacecraft and land in Kazakhstan about 3-1/2 hours later.

When the Expedition 37 trio returns home this Sunday they will have completed a 5-1/2 month stay in space. The station's newest Expedition 38 trio will live and work in space until May 2014.

Expedition 38 officially begins when the home-bound trio undocks. Kotov will become station commander for the second time since Expedition 23 in 2010. Staying behind are veteran station residents Mikhail Tyurin and Koichi Wakata; Rick Mastracchio, a veteran of three shuttle missions; and Mike Hopkins and Sergey Ryazanskiy, who are both on their first missions.

All nine crew members will participate in a joint crew news conference Friday Nov. 8 at 8:50 a.m. during their very busy four days together. The crew will talk about the upcoming 15th anniversary of the space station's construction (the station has been continuously occupied for 13 years).

They will also discuss the spacewalk that takes place the very next day when Kotov and Ryazanskiy carry the Olympic torch outside the station. The torch, delivered by Expedition 38 and returning home with Expedition 37, will light the flame at the opening of the 2014 Winter Olympic Games in Sochi, Russia.