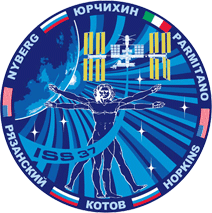 Two Russian cosmonauts clad in Orlan spacesuits conducted an out-of-this-world handoff of the Olympic torch at the start of Saturday’s planned 6-hour spacewalk to perform maintenance on the International Space Station.

Expedition 37 Flight Engineers Oleg Kotov and Sergey Ryazanskiy opened the hatch to the Pirs docking compartment at 9:34 a.m. EST and floated outside to begin a photo opportunity with the unlit torch. 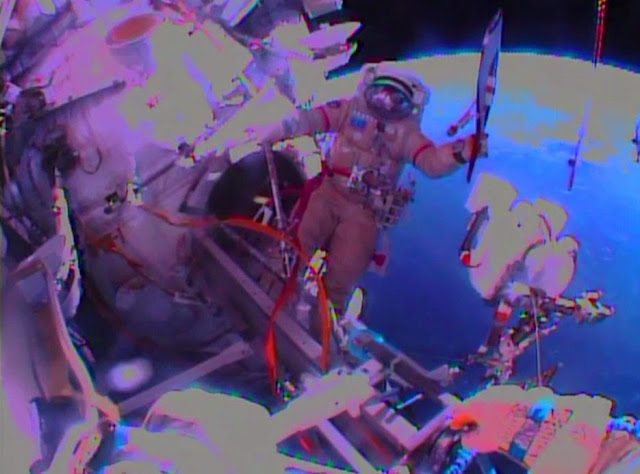 An icon of international cooperation through sports competition, the Olympic torch arrived at the space station Thursday aboard a Soyuz spacecraft carrying three new crew members – Expedition 38 Flight Engineers Mikhail Tyurin, Rick Mastracchio and Koichi Wakata. On Sunday, the torch will return to Earth aboard another Soyuz spacecraft vehicle along with Expedition 37 Commander Fyodor Yurchikhin and Flight Engineers Karen Nyberg and Luca Parmitano.

The spacewalk is a high-flying extension of a relay that will culminate with the torch being used to light the Olympic flame at the Feb. 7 opening ceremonies of the 2014 Winter Olympic Games in Sochi, Russia. 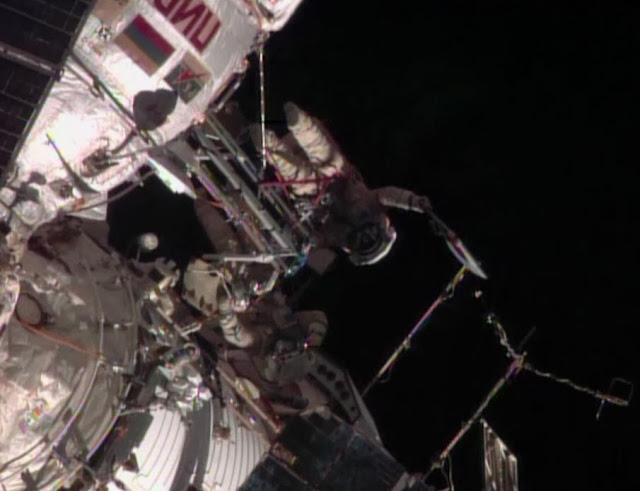 After Kotov and Ryazanskiy completed their photo and video session with the torch outside the station, they stowed it back inside the airlock and proceeded with the remainder of their chores 260 miles above the Earth.

The two spacewalkers translated out to the hull of the Zvezda service module to continue the set up of a combination extravehicular activity workstation and biaxial pointing platform that was installed during an Expedition 36 spacewalk on Aug. 22. Kotov and Ryazanskiy will begin by moving a foot restraint from the exterior of Zvezda and attaching it to the mounting seat of the workstation. While there, they will also install some handrails on the workstation. 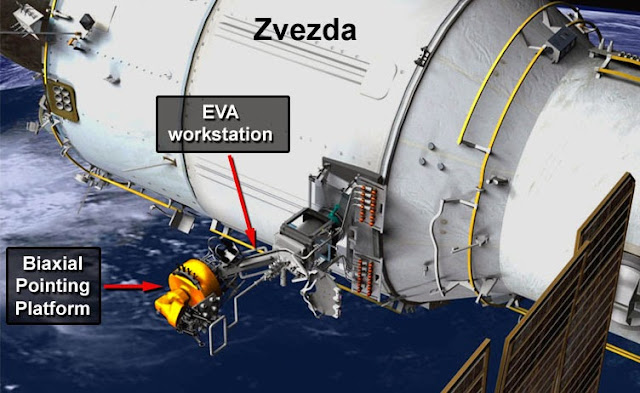 Image above: This graphic shows the location of the EVA workstation and biaxial pointing platform on the exterior of the International Space Station's Zvezda service module. Image Credit: NASA TV.

Next they will loosen a trio of bolts and remove a launch bracket from the pointing platform. A high resolution camera system will be installed on the platform during a spacewalk targeted for December.

For their final planned task, Kotov and Ryazanskiy will deactivate an experiment package on Zvezda. After securing the experiment's cable and restraining its antenna in a folded-down position, the spacewalkers will head back to the airlock to wrap up the excursion. 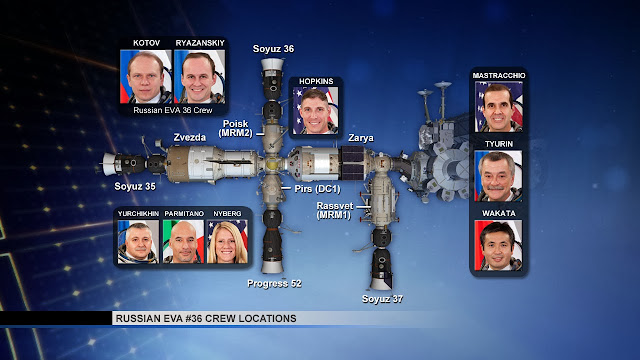 During the spacewalk, Yurchikhin, Parmitano and Nyberg will be isolated to their Soyuz TMA-09M spacecraft and Zvezda, while Flight Engineer Mike Hopkins is restricted to the Poisk module and his Soyuz TMA-10M craft. The remaining three crew members -- Mastracchio, Wakata and Tyurin – have access to much of the remaining area of the station, including the Zarya module, their Soyuz TMA-11M vehicle and the Rassvet module to which it is docked, as well as the entirety of the U.S. segment of the station.

This is the eighth spacewalk conducted at the station this year. In December, Tyurin will accompany Kotov on his fifth spacewalk.