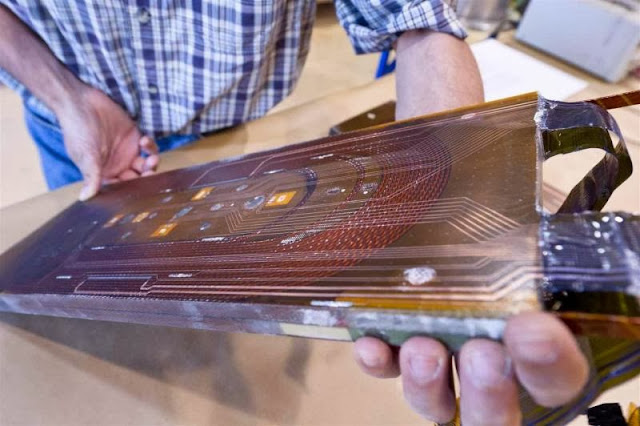 Image above: A niobium-tin based magnet assembly forms part of the Short Model Coil project at CERN (Image: Maximilien Brice).

Currently, the LHC uses niobium-titanium superconducting magnets to both bend and focus proton beams as they race around the LHC. But these magnets are not powerful enough to support stronger focusing and higher energies. So engineers are looking into a new superconducting material, niobium tin.

"With the existing niobium-titanium technology, 8 tesla is about the maximum practical operation field," says engineer Juan Carlos Perez, who is leading the SMC project. "The magnetic field you can produce thanks to the new material is at least 50% higher."

Niobium tin is a superconducting material that can generate a magnetic field in the range from 15-20 tesla. Although it was discovered before niobium titanium, it is not commonly used in accelerators because it is challenging to work with.

"Niobium tin must be heat treated at high temperatures – about 650 0C – to form the superconducting phase, and becomes extremely brittle after the heat treatment," says Perez. "The SMC project is developing technologies to master this material, working closely with US colleagues who are heavily invested in this technology." 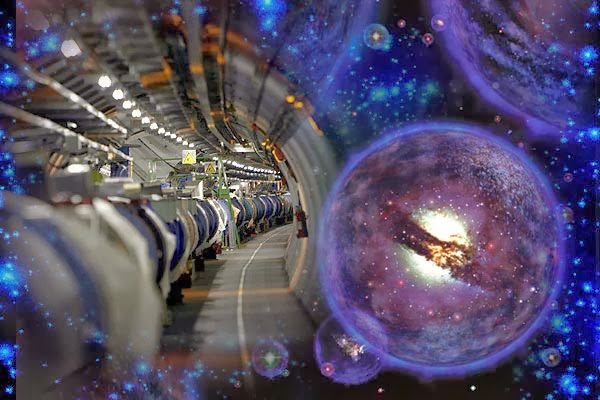 CERN LHC - To discover the secrets of the matter. Image credit: CERN

Engineers working on the magnets for the high-luminosity upgrade of the LHC want to eventually reach magnetic fields exceeding 12 tesla, says Perez. These higher magnetic fields will allow significantly stronger bending and focusing strengths in the LHC dipoles and quadropoles.

"Within the next 10 years we want to build a set of new 'final-focus' quadrupoles close to the LHC experiments, with higher strength, resulting in smaller beams at the LHC collision points" says Perez. "This will increase the number of collisions per second and generate more data for the experiments. In the longer term – over the next 20 years or so – niobium tin will be a key technology. It could allow engineers to increase the energy in a future circular collider by a factor five to ten times the present record at the LHC."

The present world record for niobium-tin magnets in dipole configuration is 16.1 tesla, held by an American research group at the Lawrence Berkeley National Laboratory. The most recent CERN-built SMC, using a cable with a geometry very close to that of the 11 tesla dipoles presently under development, reached 13.5 tesla. "We still have a long way to go," says Perez. "But the SMC project is a first and encouraging step in the right direction."