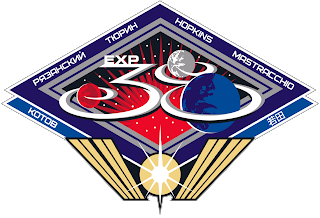 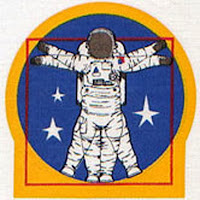 Tuesday’s main tasks included the removal and installation of a spare pump module. The first task was to remove the spare pump module from the space station’s External Stowage Platform-3. After that was completed, the module was bolted to the S1 truss and connected to Loop A of the station’s external Active Thermal Control System. 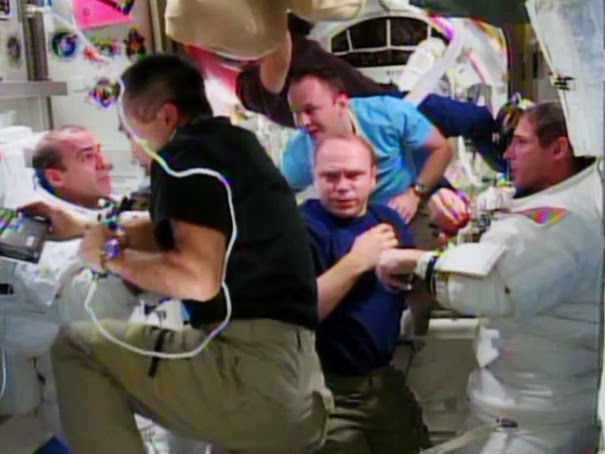 Image above: Rick Mastracchio (left) and Mike Hopkins (right) are assisted by the rest of their Expedition 38 crew mates after the completion of their Dec. 24 spacewalk. Image Credit: NASA TV.

While doing the connection work, the duo demated ammonia fluid lines from a jumper box that enabled ammonia flow during the repair spacewalks. After experiencing some difficulty disconnecting a fluid line the spacewalkers reported seeing ammonia flakes escaping a valve. As a precaution, mission controllers asked the spacewalkers to inspect their spacesuits for possible ammonia contamination. Once they were back in the Quest airlock the duo conducted more ammonia decontamination procedures on their spacesuits. All four fluid lines were successfully reconnected to the newly installed pump module restoring ammonia flow. 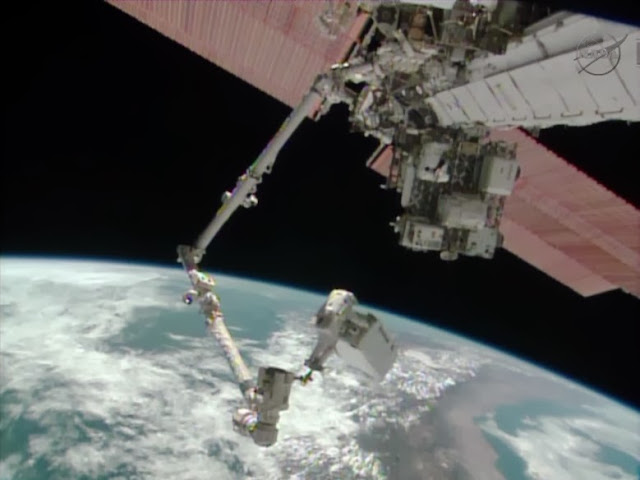 Afterward, Hopkins and Mastracchio completed electrical connections to the pump module. Power was successfully restored to the ammonia pump module. However, flight controllers will perform more tests before restarting the pump and returning it to full functionality.

The duo was originally scheduled to finish the installation work on Monday before mission controllers detected a spacesuit configuration issue at the end of Saturday’s spacewalk, in which the spacewalkers removed a faulty pump that experienced a problem with its internal flow control valve Dec. 11.

The suspect pump was removed from the starboard truss and parked in a temporary location on the station’s Mobile Base System rail car where it can stay until at least next June. Managers decided an extra day of preparation was necessary to get a backup spacesuit ready for Mastracchio. 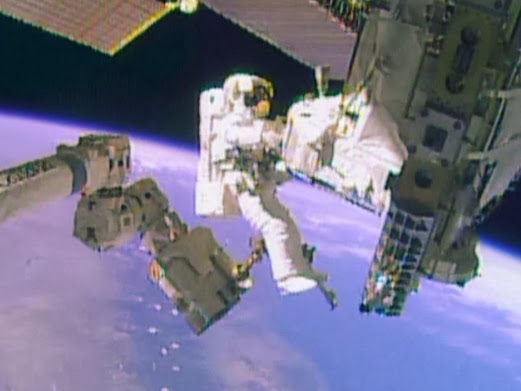 Image above: Astronaut Mike Hopkins prepares to attach himself to a foot restraint on the Canadarm2 outside the International Space Station. Image Credit: NASA TV.

The Christmas Eve spacewalk lasted seven hours and 30 minutes. This was the 176th spacewalk in support of space station assembly and maintenance. Mastracchio holds 51 hours and 28 minutes spacewalking time over eight spacewalks. Hopkins holds 12 hours and 58 minutes over two spacewalks.